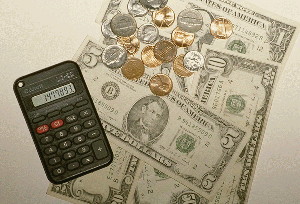 FinTank, the Chicago-based fintech incubator, extended its recent run of successful financial conferences, this time teaming with Morningstar to take a look at the changing landscape of wealth management at WealthTech 2018. Topics covered included robo-advising and AI, but the meat of the material focused on the area of cryptocurrencies, with separate panels on crypto exchanges and ICOs. As is so often the case with panel discussions on these types of topics, there were tempting tidbits of information and some interesting observations but a lack of clarity and cohesion in the final analysis. You simply can’t do a complex and rapidly evolving technology justice with four panelists weighing in for 30 short minutes.

The first crypto panel was “Exchange Perspectives on Crypto Investing,” which was moderated by Julie Armstrong from CME Group and featured Catherine Clay of Cboe Global Markets, Derek Urben from Coinigy and Bcause’s Sean Ristau. In short, Cook brought the clarity, Ristau the enthusiasm, and Urben the outsider’s point of view in a rapid, 30-minute session.

Cook broke the crypto world down into three buckets: what is happening right now, which new exchanges, platforms and products are innovating in unique ways, and what is out there in left field that spurs curiosity and wonder. In the first bucket, there are very real issues with data, custody, cross margining and the like, but these will be solved if only because so many serious players are attacking the issues. In the second bucket, tokenized and decentralized exchanges such as t0 offer new, genre-busting models that might disrupt what we think we know about exchanges. The third bucket contains things like the debate between Ethereum and EOS and an examination of the economics, incentives and trade-offs that will drive the development and success of crypto protocols. In all, this approach is a constructive way to keep crypto fever in focus.

Ristau was the most enthusiastic of the panelists and he covered a wide range of topics in his comments. He noted that his wife often says that all he talks about is cryptocurrencies and after admitting that he checked bitcoin prices on Christmas day for what is arguably the first-ever 24/7/365 market, Armstrong chimed in that the audience and panel were getting an idea about what his wife was talking about. On a more serious note, Ristau discussed how there is an abundance of technology for the individual crypto trader but enterprise tools are sorely lacking. That too will be solved; it’s only a matter of when.

Urben provided something of an outsider’s perspective as he described a market where trading is largely driven by good, old-fashioned technical analysis, the usual path and access to capital has been disrupted by the emergence of ICOs and other token offerings, and traditional valuation models based upon revenue and EBITDA are supplanted by the number of openings posted on job boards or the amount of developer activity on Reddit. It is a brave new world.

The “How to analyze and ICO” panel was led by Brian Jenkins of Business Block and featured Phil Fornaro of Fornaro Law, Tayfun Icten from Morningstar, Brent Traidman of Bread, and Athena Bitcoin’s David Valentine. Interesting comments included:

In the end, FinTank’s WealthTech conference highlighted just how much is going on in technology and exactly how little of it has become clear. While the public may be growing weary of AI, robo-advising, and cryptoassets, the truth is that these areas are still barely out of their infancy.