First block size transaction in SPIKES Volatility Index
Henry Schwartz via Linkedin
Spikes Volatility Index sees first large institutional block. Large ratio call spread was opened today on the recently-listed SPY-based VIX, with a trader selling a total of 5K Aug 21st 18 calls for $2 against a purchase of 10K Aug 21st 26 calls for 75c, resulting in a net credit of $250K on the package. Total volume of 15K sets a new record for the product, which began trading in February and has seen slow adoption by pros who are used to VIX options and Futures trading on CBOE.
bit.ly/2KhZOvM

***SD: MIAX putting numbers on the board! XFA was behind the trade execution.

Prelude to Deconstructing Susquehanna International Group
Paul Rowady – Alphacution
In the lead up to the publication of our next case study on legendary derivatives trading powerhouse Susquehanna International Group (SIG), I wanted to provide context on how the proverbial sausage is actually made: Maybe it is true of most firms across most industries, but what we have found in the trading business is that companies tend to become more complex as they mature, particularly if they have enjoyed outsized success.
bit.ly/2KLGGFO

JPMorgan Years Away From Seeing Quantum-Computing Dividends
Sara Castellanos – WSJ (SUBSCRIPTION)
JPMorgan Chase & Co. sees potential in using quantum computing as a way to significantly speed up financial calculations, but it is still years away from deploying the technology.
/on.wsj.com/2IcFtFK

****SD: “Mr. Shen says using quantum computing to speed up computationally intensive option-pricing calculations is promising… These types of calculations can be time-consuming for traditional computers, which can take hours to compute option prices and risks for a large portfolio of complex trades, Mr. Shen said.”

Pound trading volumes shrink as Brexit delay sends investors to sidelines
Tommy Wilkes – Reuters
Trading in the British pound has fallen sharply since March when Britain delayed its exit from the European Union, with turnover in May down almost a tenth versus a year earlier and activity in the futures market at its lowest since 2016.
/reut.rs/2wSrjDk

Will Bitcoin Crash Again? Next Price Cycle Could Be Tamer Ride
Aaron Brown – Bloomberg (SUBSCRIPTION)
….One place to look for evidence is the Bitcoin options market. In late November 2017, when cryptocurrency prices were similar to those now, there was active trading in $10,000 one-month Bitcoin calls at implied volatility above 300%. That means paying $2,200 for the right to buy Bitcoin at $10,000 when it is selling for $8,000. Bitcoin has to go to $12,200, a more than 50% increase in a month, just to break even on this contract. Investors thought there was a 25% chance Bitcoin would go above $10,000 in December and, if it did, its expected price was almost $19,000. If it didn’t, its expected price was only about $4,000.
/bloom.bg/2IcWdg1

The World Cries Out for Onion Derivatives
Mike Bird – WSJ (SUBSCRIPTION)
The cost of onions is causing tears in India. An onion futures market, which would damp volatility in the price of the aromatic bulb, might help dry them.
/on.wsj.com/2Ie7NHQ

****SD: Nice line – “India can do better than the U.S. Unleash the onion options, deploy the shallot swaps, and let the market do its job.” And if we’re talking about banned products, can we get movie box office returns back on the docket, too?

****SD: Not options, but “in addition, demand will exceed supply initially, so ‘you cannot rule out the possibility of short-term speculation, and high volatilities’ … urging investors to be rational, and pay attention to information disclosure.”

NAB Appoints David Pieri as Forex Derivatives Trader in NY
Celeste Skinner – Finance Magnates
Pieri’s career in the financial industry spans for more than two decades, commencing in September of 1998. He entered the industry as an assistant trader for the Susquehanna International Group, LLP (SIG).
bit.ly/2Ie9ZPA

Global regulators seek to head off derivatives cash clash
Huw Jones – Reuters
Global banking regulators meet next week to try to bridge divisions over whether to delay forcing smaller firms to back their derivatives trades with cash for the first time.
Regulators fear that if no common ground emerges, countries could take different approaches and fragment a global market used by companies to insure themselves against risks.
/reut.rs/2Rjt4mw

Symphony, a messaging app that’s been a hit with Wall Street, raises $165M at a $1.4B valuation
Ingrid Lunden – TechCrunch
Slack’s rapid rise and upcoming IPO are clear signs of the ripe opportunity to be had in the field of enterprise messaging. Today, a startup that’s built a messaging product specifically for the financial services vertical is also proving that out. Symphony, which offers secure messaging and other collaboration tools for bankers and those who work with them, is today announcing that it has raised $165 million. With this round, Symphony’s valuation now tops $1.4 billion.
/tcrn.ch/2IbOE9j

More on Learning
Euan Sinclair – Talton Capital Management
Recently I wrote about the importance of actively continuing to study and learn. Markets are very dynamic and even edges that persist change in subtle ways. Not updating your ideas in the face of new data is, at best, sub-optimal and generally just stupid and lazy.
bit.ly/2IdibiU

Opec must confront an unpalatable reality
David Sheppard – Financial Times (SUBSCRIPTION)
A little over a month ago the majority of Opec members must have thought they could see some light at the end of the tunnel.
Oil prices were back to near $75 a barrel, having risen 45 per cent since the beginning of the year. US sanctions on some of their oil-producing cohorts, including Iran and Venezuela, promised to keep prices propped up. And Russia, the group’s main rival-turned-ally, was struggling with contamination of a big pipeline to Europe, providing Opec countries with an additional market, in the short term at least, for their oil.
/on.ft.com/2RcSQZD

ECB frustrated as markets call bluff on stimulus signals
Claire Jones and Katie Martin – Financial Times (SUBSCRIPTION)
Seven years ago Mario Draghi could rely on words alone to convince markets that he would do “whatever it takes” to save the euro. Now, with his eight-year term drawing to a close, investors are willing to bet that the European Central Bank president is bluffing.
Last week, Mr Draghi dropped a big hint that he was prepared to fire one final monetary bazooka if the climate of global economic and political uncertainty continues to drag on growth and inflation.
/on.ft.com/2RmOwHn

Woodford Fund Lockup Is a Glimpse of Market’s Lack of Liquidity
Mohamed A. El-Erian – Bloomberg (SUBSCRIPTION)
Beware of learning too few lessons from the difficulties facing Neil Woodford’s equity fund in the U.K. The takeaway is not simply to watch out for other open-ended funds with lots of inherently illiquid holdings. The case is also a warning to look seriously at the market as a whole – elements of which have grown too comfortable and too complacent operating in the ample liquidity pumped in by years of unconventional central bank policies. An economic downturn or a financial shock could create liquidity-induced dislocations that would heighten investor insecurity and complicate companies’ access to capital.
/bloom.bg/2RdUTMR

Ex-Deutsche Bank Official Talks Expense Padding in Bribe Lawsuit
Kaye Wiggins – Bloomberg (SUBSCRIPTION)
“Overpriced” sushi, “bubbly” wine and differing accounts of how many people ate a $1,520 meal at a Michelin-starred restaurant: A former senior Deutsche Bank AG executive offered an insight into the bank’s client entertainment as he testified in a bribery lawsuit against the lender.
/bloom.bg/2RhyVc2 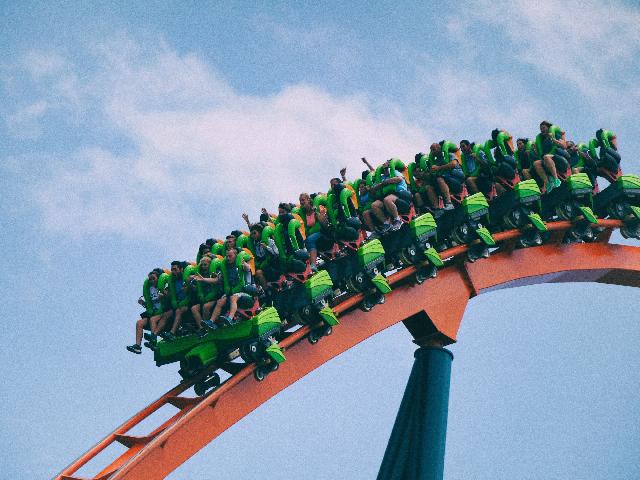