The future of futures markets: Exchanges looking to fail fast 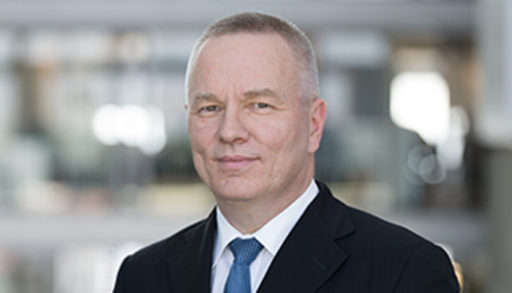 At the IOMA: World Federation Exchanges conference in Frankfurt on Friday, he said his exchange will have to speed up its business processes exponentially in the next two to three years in order to thrive. Implementing products and services from beginning to release will go from today’s 18 months to 4 days. Yes, you read that correctly. And no, no one in the audience was laughing.

“The old way was seven months of iterations of prototypes,” Preuss said. “In the world I am aiming at, the business IT and operations will start on a concept at 9 am and know by noon if that is a flop.”

Indeed, the pace of technological change and innovation is improving dramatically. In Thomas Friedman’s latest book, “Thank You for Being Late: An Optimist’s Guide to Thriving in the Age of Accelerations,” he quoted Luana Iorio, the former director of General Electric’s 3D manufacturing unit.

“The feedback loop is so short now,” Iorio said. “In a couple days you can have a concept, the design of the part, you get it made, you get it back and test whether it is valid,” and “within a week you have it produced.”

If behemoth manufacturers like GE can do it, why can’t the ultra fast trading and tech driven financial markets do the same?

The confluence of technology such as cloud services, along with faster processing and distribution channels, could make Preuss’ idea a reality. In the next two years, spending on cloud services will rise from $128 billion to $151.7 billion, according to stats from Friedman’s book.

That could mean that exchanges will continue to get more nimble, not to mention far more innovative with the types of products and services they produce. As a matter of fact, exchanges are far less about their core mission of price discovery today and much more about the technology and services they offer.

And Preuss is very likely correct. The financial markets have been looking for growth on a trodden path for the past several years – via exchange consolidation and adding extra services via acquisition. The changing regulatory landscape is forcing both banks, brokers and exchanges to examine all kinds of new ways to build new revenue streams. Jeff Sprecher may be correct in his push into the data and analytics space. CME may be right about just building a wider product suite and increasing its access. But neither of those will push the type of groundbreaking innovation that will indeed make the exchange space as exciting as Silicon Valley these days.

This is an industry that must push forward quickly, lest it too get disrupted by an outsider. It’s not inconceivable that Google/Alphabet, Amazon, Apple, Microsoft or another technology giant turns its eye toward the financial markets. If Amazon can go from books to space rockets, why can’t it acquire an exchange? When I asked that very question to the panel, no one laughed at that either, but said Silicon Valley has stayed out of the exchange space because it’s not a big fan of regulation. Truth is, they are all publicly traded and are far more comfortable with regulators today than ever – be it in the transportation, aerospace or other business lines that fall under government oversight.

In some ways, it is overly simplistic to say that this industry will suddenly move as fast as suggested. Just look how long it took the industry and regulators to move on T+2 Settlement, just adopted by the SEC last month. Some major firms are still running legacy systems. But even they are looking for fin tech help with an openness not seen before.

So, what can you get done in a week that used to take over a year?