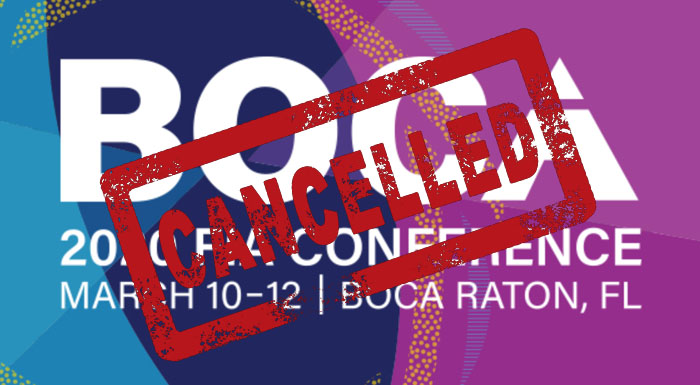 The Futures Industry Association has cancelled its International Conference in Boca Raton, Florida scheduled to start next week out of “an abundance of caution.” The FIA board reportedly voted unanimously to cancel the event due to the risk of spreading the coronavirus, which has spread to 65 different countries around the world and seen over 88,000 people infected with the virus.

The Boca Raton conference is the most important conference of the year for the Futures Industry Association, as it brings derivatives, capital and environmental markets leaders from around the world to the popular Boca Raton Resort and Club.

The conference was to run from March 10-12, 2020. This would have been the 45th year of the Boca Conference, which the FIA bills as its “most powerful and prestigious event.” Registration fees will be refunded.

The CFTC has also reportedly cancelled its CFTC International Regulators Meeting in Boca Raton as a result of the FIA Boca conference cancellation, according to a CFTC source.

More than 740 people were registered for the event, according to an attendee list distributed by the FIA a couple of weeks ago.

On Friday, FIA announced they were following the recommendation of the World Health Organization (WHO) and the U.S. Centers for Disease Control (CDC) and asking people who have traveled through or come in contact with someone who has traveled through Mainland China, South Korea, Japan, Iran or Italy.

Additionally, people who have been in close contact with someone who has a confirmed COVID-19 diagnosis should not attend. FIA also said they would have lots of hand sanitizer available and was handing out N95 face masks at the registration desk. They also banned hugging and handshakes from the conference.

John Lothian News was planning on bringing six people to the conference and conducting its annual Industry Leader video series. In recent days, banks and media companies have banned employees from traveling, including JP Morgan, Goldman Sachs, CNN and the Wall Street Journal.

In Chicago, the International Houseware Trade Show was cancelled due to the virus, with over 60,000 people expected for the show.

The next major conference the FIA has planned is in June in London where they hold International Derivatives EXPO, or IDX. There are also smaller events in Paris and Washington, DC and Sydney, Australia in the coming months on the FIA events calendar.