Anthony Saliba returned to the broker-dealer business in September 2017 by starting Matrix Executions. He had sworn he would never would come back to the space. Saliba had already conquered the challenge as CEO of LiquidPoint – which at its peak handled a fifth of U.S. options flow. Liquidpoint would eventually become apart of Dash Financial Technologies in 2017.

Saliba competes with Dash, fighting a battle with a company that can trace part of its history directly back to him.

Now, he has another vote of confidence in his year old venture as Mishkin, Anderson and Gray Securities (MAGS), operator of market making firm Simplex Trading, “made [him] an offer [he] couldn’t refuse” to become minority owners in Matrix. The deal is pending FINRA approval.

For the rest of the story go here.

****SD: JLN spoke with Saliba shortly after the launch of Matrix – see that video here.

Lead Stories
Stock options traders brace for volatility ahead of G20 summit
Saqib Iqbal Ahmed – Reuters
U.S. options traders have their eyes firmly fixed on Buenos Aires this week, and they are increasingly confident the meeting there of the heads of the world’s 20 largest economies means one thing: more volatility.
/goo.gl/EKv8TB

****SD: BloombergQuint has Goldman Crunches Data to Pick the Best Trades for a G20 Rally

Biggest Pay Raise on Wall Street Goes to Stock Derivatives Traders; Increasingly choppy markets are proving to be a boon to these traders at the biggest banks
Telis Demos and Gunjan Banerji – WSJ (SUBSCRIPTION)
As markets get wilder, some Wall Street traders are getting richer. The return of volatility might be making many rank-and-file investors queasy, but it is proving to be a boon to some trading desks at the biggest banks.
/on.wsj.com/2FMYteL

****SD: I bet everybody wants their Secret Santa to be an equity derivatives trader.

Options Show Complacency Reigns Supreme in Battered U.S. Stocks
Luke Kawa – BloombergQuint
It’s just a correction — not the start of something deeper.
Looking at trading in U.S. equity derivatives, there are few signs of fear even on the heels of a double-digit drawdown in the S&P 500 Index and Nasdaq 100 Index.
/goo.gl/jzkMT8

****SD: I suppose years of a “buy the dip” mentality can’t be shaken by a one-month hiccup.

To Sniff Out Insider Trading, Follow the Options Market; How algorithmic sleuths use artificial intelligence to expose suspicious activity related to mergers and acquisitions.
Matthew A. Winkler – BloombergQuint
Insider trading involves illegal profiting from nonpublic information by people buying and selling shares. It typically increases whenever companies are busy acquiring each other. The 42 percent rise in the Russell 3000 index during the 24 months through September included the most mergers and acquisitions in 12 years. Now the technology that created artificial intelligence is getting good at detecting stock market fluctuations that can only be explained as abnormal, sophisticated and nefarious.
/goo.gl/dV9EMc

****SD: It isn’t that algorithms see things that we can’t, it’s that machine learning and the like can scrub through a bazillion bytes of data much faster. For instance, in the examples given, one illiquid name saw its put/call ratio explode to 67 (67 puts traded per call) and another name saw its options volume jump to six times the usual – both without any market-moving news out at the time of the trading. These would be worth flagging to any human glancing at the data. But we need to know where to direct our eyes. Heck, I stumbled across an odd instance — yesterday someone bought ~2,800 Feb 105 strike Ferrari (RACE) calls. The ADV for RACE is 667. Today, RACE opened at 102 and is now up past 107 (as of this writing). It could just be a great trade, but as I said, in order to determine that, you need to know where to look.

CAT Is Out of the Bag
Ivy Schmerken – Traders Magazine
Despite a one-year delay and other missed deadlines, the order-tracking system known as the Continuous Audit Trail is back on track as exchanges were due to begin reporting required equities and options data into the CAT on Nov. 15.
/goo.gl/yDZZ9F

European markets becalmed as US volatility surges; US Vix index has traditionally traded below its European counterpart but that has changed
Robin Wigglesworth – Financial Times (SUBSCRIPTION)
Europe’s volatility index is trading well below its more famous US counterpart, reversing their usual relationship and highlighting how the post-crisis market dynamics have been upended this year.
/goo.gl/kK1APT

What’s Making Hedge Funds Weep
Al Root – Barron’s
There’s no crying on Wall Street. Except, perhaps, when a hedge fund’s investment goes so spectacularly wrong that it’s forced to shut down.
Most hedge funds haven’t gone to that extreme, of course. But returns at hedge funds since the financial crisis have been underwhelming.
Two weeks ago, hedge fund OptionsSellers.com was forced to liquidate its positions after making wrong-way bets on energy, according to The Wall Street Journal. That led James Cordier, its lead manager, to record a tearful apology to his clients lamenting the loss of his business.
bit.ly/2zuD30k

****SD: From Bloomberg: Hedge Funds Got What they Wanted, to Their Cost

Investment product of the year: JP Morgan US Volatility Momentum QES Index Series
Risk.net
When Vix shot from 17 to 37 in one trading day on February 5 this year, driven partly by a technical feedback loop as XIV exchange-traded notes collapsed in value, the first question asked was ‘who saw it coming?’. The second was whether they did something about it. Some did.
“We downloaded the XIV prospectus and found the clause saying that if it lost 80% intraday they would start liquidating,” says one portfolio manager at a US asset manager. With Vix trading at around eight or nine versus a historical average around 20, such losses seemed plausible.
bit.ly/2zw1Lh8
****JB: Here’s a complete list of Risk Awards 2019
***SD: There’s a wealth of unpaywalled information in the Risk.net descriptions of the winners. Curious about what Citadel’s been up to? Read about its flow market-making. Wondering who seized the opportunity presented by the Turkish lira crash? Check out currency derivatives house of the year BNP Paribas. Want to know why JPMorgan went long vol before the Feb spike? See its writeup.

Adena Friedman Elected as a Class B Director to New York Fed Board of Directors
Federal Reserve Bank of New York
The Federal Reserve Bank of New York announced that Adena T. Friedman, president and chief executive officer of Nasdaq, Inc., has been elected a Class B director representing Group 2 which consists of banks with capital and surplus between $40 million and $2 billion. Ms. Friedman will fill the unexpired portion of David Cote’s term that ends December 31, 2019.
/nyfed.org/2FJoKuo

Regulation & Enforcement
FIA issues updated CCP risk management recommendations
FIA
FIA today published a series of recommendations to improve clearinghouse risk management following recent market developments. Today’s paper is an update to a 2015 series of recommendations. Central counterparties (CCPs) are key institutions in the global financial system and their importance has only grown since the G-20 group of nations mandated the clearing of certain products as a way to build in safety and soundness to the global financial system.
bit.ly/2ztUbDG

Walt Lukken’s opening remarks at Asia 2018
FIA
Welcome everyone to the 14th annual Asia Derivatives Conference.
I’m proud to announce that this year’s conference sets another record for us with over 800 attendees registered. Thank you, David for that kind introduction.
I also want to recognize Bill Herder and his staff here in Singapore for the incredible work they do in putting together this conference every year.
There is a very popular movie currently out that is based here in Singapore depicting the lives of the super wealthy. I cannot relate to this movie. Instead of “Crazy Rich Asians,” my life would be better described as “Crazy Nerdy American.”
bit.ly/2zubsg3

OpenGamma expands into the US
Bailey McCann – Opalesque
London-based derivatives analytics company, OpenGamma is expanding into the US. The company says its expansion plans come as regulatory and macroeconomic pressures continue to hit hedge funds and asset managers with offices all over the world.
/goo.gl/pzRejy

BOE Warns Disorderly Brexit Could Unleash a Savage Recession
Andrew Atkinson – Bloomberg
The U.K. could suffer the worst economic slump since at least World War II if Prime Minister Theresa May fails to get her Brexit plan past lawmakers and the country crashes out of the European Union without a deal.
/bloom.bg/2RrDu2o

Trump slams Fed chair, questions climate change and threatens to cancel Putin meeting in wide-ranging interview with The Post
Philip Rucker, Josh Dawsey and Damian Paletta – The Washington Post (SUBSCRIPTION)
President Trump placed responsibility for recent stock market declines and this week’s announcement of General Motors plant closures and layoffs on the Federal Reserve during an interview Tuesday, shirking any personal blame for cracks in the economy and declaring that he is “not even a little bit happy” with his hand-selected central bank chairman.
/wapo.st/2E52GZy 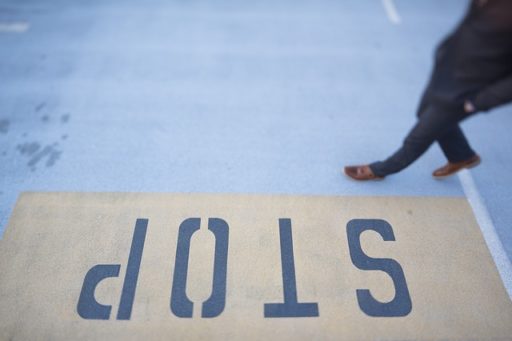 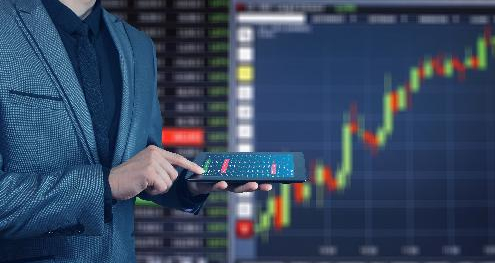 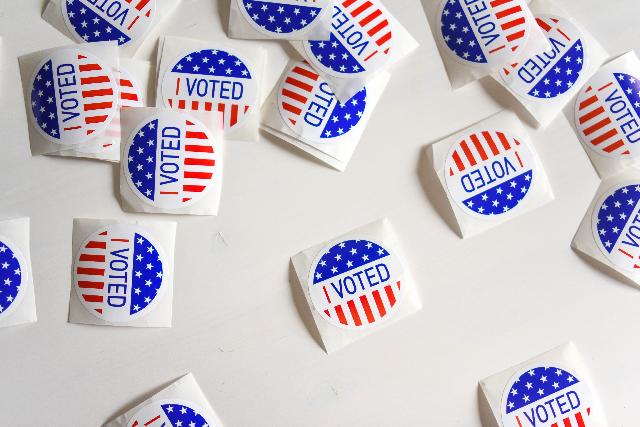