Grayscale wants digital asset regulators and investors to get along 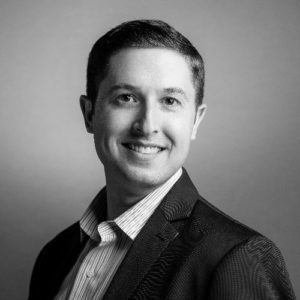 When you lose your digital assets, there isn’t exactly a 1-800 number you can call to seek legal recompense. It’s still the Wild West in a lot of ways…investors still get scammed, the heads of new platforms are still getting pinched for running unregistered securities offerings, and bitcoin evangelists still hate the idea of regulating digital assets at all. Meanwhile, institutional traders are still in large part waiting in the wings.

On November 19, Grayscale Investments – a New York-based firm that currently manages $2.3 billion worth of client funds – filed Form 10 with the SEC, also known as the General Form for Registration of Securities. If approved, this would officially make Grayscale’s biggest digital asset fund, the Grayscale Bitcoin Investment Trust (GBTC), the first bitcoin investment fund to be registered with the SEC according to the requirements of the Securities Exchange Act of 1934. This will hold the GBTC to the same regulatory standards as every other regulated securities offering in the U.S. market, including annual auditing, risk analysis reports, and the disclosure of business details related to the fund to the SEC.

Grayscale has been pushing hard to achieve regulatory approval this year. Back in May, FINRA approved Grayscale’s proposal to publicly list shares for a trust based on Ether, the second-largest digital asset by market cap behind bitcoin. Recently, FINRA approved one of Grayscale’s newer products, the Grayscale digital Large Cap Fund (GDLCF), a fund made up of a basket of digital assets that make up the upper 70 percent of the cryptoverse’s total market cap, to be listed publicly as well. Grayscale won approval by FINRA to publicly list shares of GBTC in 2015.

Michael Sonnenshein, the managing director of Grayscale Investments, said in a phone interview that by submitting Form 10 for the GBTC, Grayscale wanted to “signal to those operating in the digital currency asset class that there is a way to work proactively and collaboratively with regulators” in order to potentially bring in more capital from institutional investors. Of course, for that message to land, Grayscale would need to get the SEC’s approval first – which may be easier said than done.

More than a few hurdles in the way

To temper Sonnenshein’s enthusiasm, it is worth pointing out that there are reasons why a lot of people haven’t added digital assets to their portfolios besides simple fear, uncertainty, and doubt. For one thing, many of the funds that have tried to get the blessing of the SEC were not successful. The VanEck SolidX Bitcoin Trust never got greenlit, and its second proposal was withdrawn earlier this year shortly after VanEck launched an OTC broker-traded fund under a Rule 144A exemption with the SEC. Bitwise tried something similar with NYSE Arca, but its proposal was rejected. It’s under additional review at the commissioner level now. Crescent Crypto Asset Management – which offers products for accredited investors only – submitted a proposal in May to list an ETF, which hasn’t been approved at the time of this writing. Crescent Crypto filed for another offering, the “Digital Opportunities Fund,” in August, classifying it as a hedge fund.

Some, like SEC Commissioner Hester Peirce, have expressed dissatisfaction that the regulator has not issued the bespoke, cryptocurrency-focused regulations that some think are crucial for wider adoption of the technology. Others, like the SEC’s Chair Jay Clayton, remain concerned. Clayton said in September that digital assets need to “get to a place” where regulators like the SEC can be “confident that trading is better regulated.” It sounds a little oxymoronic, coming from the head of a regulatory organization, though it’s notably not an outright dismissal of the subject. Basically, he seems to be saying, the digital asset markets still have a lot of growing up to do.

Bitcoin alone has a reputation for being the “PayPal of the Dark Web,” facilitating peer-to-peer transactions between people all over the world for anything from antibiotics to AK-47s. Other digital assets have inherited a similar reputation. Theft is still a huge problem too – the cybersecurity firm CipherTrace reported in January 2019 that approximately $1.7 billion worth of digital assets were stolen or scammed from investors worldwide in 2018.

Sonnenshein said Grayscale is hoping to assuage these concerns by getting the SEC’s stamp of approval on its biggest product, the GBTC. Although Grayscale currently files SEC forms 10K and 10Q, if the GBTC’s Form 10 registration goes through, the SEC will require Grayscale to report financial results to the SEC. Sonnenshein said this won’t change anything structurally or functionally about the GBTC. He also said that he hopes registration will smooth over some of the stigma that makes so many think of digital asset funds as prickly opportunities – particularly accredited investors.

Grayscale’s information statement published November 19 says that Grayscale managed $2.5 billion worth of digital assets at the time, $2.175 billion of which comes from the GBTC. In August, Coindesk reported that Grayscale managed $2.7 billion worth of assets. Back in May, The Block published an article saying Grayscale managed $1.9 billion. When I spoke with Sonnenshein, he said the number was $2.3 billion. When I asked in an email after the interview what caused the fluctuation, he told me that the changing AUM was “related to the volatility of digital currencies and the new inflows to Grayscale’s funds over time.”