Hemp Farming Looking For Credit; Carbon Credit, That Is 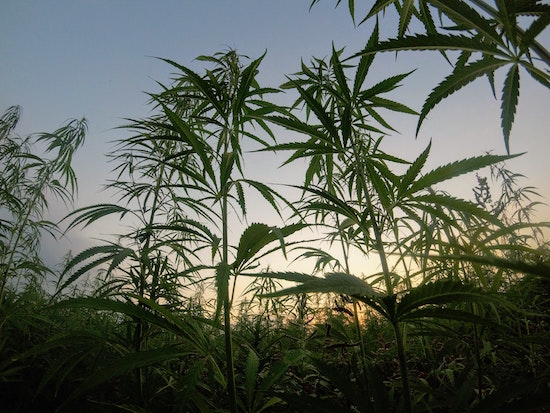 Well, it is now May, and in most of the United States it is high time to get the field crops planted. Among them is hemp, industrial hemp, which despite being an ancient crop and a generally legal one since 2019, still has an uncertain future.

In America today, you can plant it, harvest it, you can distill it down to its individual compounds – except Delta-9 THC, depending on where you are! You can take CBD-rich biomass and extract and distill it until you have the purest of pure CBD isolates. You can make fiber and concrete out of hemp. You can eat the seeds. You can keep the seeds and plant them next year.

In most states, you can take the flower and dry it and smoke it with or without spraying it first with Delta-8 THC. You can grind the seeds and feed the seed meal to your pets and other animals and refine the oil for human consumption. In a few places, though, you cannot plant your hemp because its pollen might interfere with nearby field-grown marijuana varieties.

Nonetheless, while it is clear that America is open for hemp, it is not clear that you can make a living growing the stuff.

So now hemp producers may be looking to take a page from Elon Musk’s Tesla songbook by  merchandising the carbon-capture properties of growing hemp. In its April Hemp Benchmarks & Analysis, PanXchange estimates that each acre planted in hemp sequesters about five tons of carbon dioxide. Each ton of CO2 counts as a “carbon credit” and carbon credits can be sold to carbon emitters as offsets.

How much cash would a hemp farmer get for the five credits from an acre planted in hemp? At this point, probably nothing because to get access to the carbon credit markets, a few things need to be put in place first. None probably is today.

Currently, individual projects that sequester carbon are expected to meet the standards of a standard-setting organization. Then, another organization verifies that the standards are met by the individual project in order to issue credits that can be recognized by third parties and thus transferable in a marketplace. In the U.S., many of these programs are voluntary and they vary depending on the location and type of the project.

Given the newness of 1) hemp production in the U.S., and 2) the appreciation for the amount of carbon some industrial hemp farms can capture, it is not surprising that markets for hemp carbon credits do not yet exist.

Carbon credits might not help CBD hemp producers very much. The varieties of hemp that are superlative at sequestering carbon from the atmosphere are those that are raised for fiber – not for CBD-rich buds. Producers last year dedicated a smaller percentage of hemp acres to CBD out of generally fewer acres planted in total. We won’t know until summer how many acres are planted in hemp and the share of those that are devoted to CBD hemp.

According to the Australian “eco energy consultancy” GoodEarth Resources, we know hemp for fiber sequesters so much environmental carbon because its chemical analysis reveals carbon comprises more than 40% of the hemp plant’s stem. The stem is used for fiber and constitutes the majority of the mature plant’s mass. The carbon taken up by hemp plants comes from atmospheric carbon.

Fiber varieties of hemp are densely planted to encourage height, growing up to four meters in height with little or no fertilizer. The density and rapid growth mean that there is very little sunlight at ground level, obviating the need for chemical weed control. Hemp cultivation is not accompanied by soil degradation so there is very little environmental downside to planting hemp for carbon sequestration.

Once the bureaucratic niceties are sorted out, carbon credits may someday provide key financial support to hemp farmers, just as it already does for electric car manufacturer Tesla. In its latest quarterly financial report, Tesla reported first-quarter 2021 profits of $438 million dollars. In fact, Tesla’s quarterly profits were only possible because the company sold $518 million worth of carbon credits to its brethren who need them to continue selling so many carbon-emitting gasoline-fueled automobiles.

Photo by Matteo Paganelli on Unsplash.