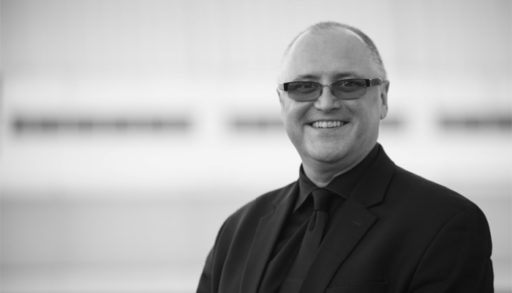 Paul Doherty, founder and chairman of The Digit Group (TDG), a company that designs, builds, and maintains what he calls “smart cities” around the world, was one of the speakers at Chicago’s 2018 “Voice of Blockchain” event at Navy Pier last month.

In 2017, Doherty accompanied Donald Trump on his trip to China as part of a delegation of 30 CEOs from major U.S. companies. The trip proved fruitful for TDG – Doherty and Gong Yueqiong, president of the Chinese company Foton Motor Group, signed a memorandum of understanding (MOU) during the trip. According to the MOU, Foton Motor Group, one of the largest commercial vehicle manufacturers in China, planned to work with TDG to provide electronic buses for TDG’s smart cities in China, though one wonders about the state of that deal these days, given the outbreak of the U.S.-China trade war.

Doherty and TDG have worked with numerous governments, including China, Saudi Arabia, and the U.S., to help them design special economic zones, or SEZs. SEZs are areas within a sovereign nation in which that nation’s laws may be replaced by a different set of rules specific to that region. The idea behind SEZs seems logical enough: if you focus the productivity of an entire city’s population in one direction – healthcare, education, technological innovation, and so on – that city will churn out unparalleled amounts of productivity in that specific field. To that end, the zone’s laws tend to include things like tax incentives for foreign investment, or trade regulations that are either more relaxed, more hard-line, or even more nuanced than what the nation’s laws usually dictate – depending on the nature of the economic goals slated for that SEZ.

Doherty spoke excitedly about SEZs, his favorite subject (especially SEZs in China). He told me he has family in China, and has a great respect for the country’s culture and government. He also told me he feels China’s government is doing a good job of managing what is, in his words, an “inherently unstable” society given the country’s traditionally complex ethnic and political structure – which he acknowledged to be an unpopular opinion in certain circles. “‘Sympathizer,’ I’ve been called,” he said. “They’re doing a remarkable job of keeping the top on the pot for now…so I give them some leeway.”

At the Voice of Blockchain event, Doherty’s talk described how blockchain technology can be applied to the creation of SEZs in order to improve the infrastructure of cities. He agreed to sit down with me to discuss the subject. When I asked what, if any impact SEZs have on local, national, or global economies compared to regular cities, he told me that SEZs allow a government to create an “almost lab-like” test environment for new policies or technological innovations to experiment and flourish, without all the conflict that typically comes with changing a set of laws for an entire country. “What this comes down to is that special economic zones are meant to lower the barrier of entry for innovation,” he said, “without stepping on the toes of the existing processes that are embedded either politically, or people would lose face…that type of thing.”

Doherty said that SEZs are useful for integrating a new system or kind of technology into a city so that it will scale smoothly; if the new system, laws, or technology ends up being successful in the relatively small area of an SEZ, its adoption can then spread slowly to surrounding areas, allowing time for existing systems and regulations to adapt, rather than being forced to either resist the new ideas, or be supplanted by them.

Such an approach to fostering the adoption of new technology also applies to blockchain, according to Doherty. In his opinion, too much effort is focused on its relationship with bitcoin; as we talked, he repeatedly said that blockchain is a tool best used to help “redefine our definitions of ‘data,’” rather than “having a bunch of ex-bankers and salespeople” dictate how blockchain technology should be used. “I didn’t see one data scientist at this wonderful place,” he said, making a broad gesture to the Voice of Blockchain event floor, “where data scientists should be…most of the crypto guys are wrong.”

When it comes to blockchain technology, Doherty paints a picture that is either optimistic or horrifying, depending on how you look at it. On one hand, he said that blockchain is “a great protocol when put in the context of being socially-conscious.” He described how a blockchain – an immutable digital ledger whose data and records can be viewed by the public, a ledger maintained by the users of its own network, rather than a centralized server – can be used to build digital environments that automatically manage both social and physical comings-and-goings of daily city life.

As one example, he described how blockchain technology can be used to generate a three-dimensional representation of a physical environment, capable of being updated in real-time. Such a framework, he argued, could be used to help safely direct autonomous vehicles through busy downtown areas. Theoretically, the “public” aspect of blockchain technology could allow such a system to be managed in the same way digital networks do now. The question to ask then is, how would such a system based on a blockchain function differently than existing digital systems?

“You can stick a piece of equipment that sits between the bulb and housing of every streetlight, potentially, that can give you a 10g WiFi network – it’s off the shelf right now, by Verizon.” Doherty said that using such a device, digital security and surveillance systems, fire and police alarm systems, and similar networks can all be integrated into a single network using blockchain technology. “Now you’ve changed the nature of [a city] infrastructure by introducing a digital environment,” he continued, “but how do you know that data is secure? That’s why blockchain is really gonna thrive.”

In layman’s terms, Doherty argued that the decentralized nature of blockchain networks are not only capable of making safety and security systems interconnected, but that such a network could be resistant to certain forms of hacking and cyberattacks to which modern systems are currently vulnerable.

Doherty also described a data management system in which the personal information of individuals – their work history, their insurance information, even their bank accounts – could be streamlined to create a system that helps out-of-work people get onto job sites efficiently. The same system, he said, could be used to guarantee these individuals get paid the correct amount, promptly, upon verification that their work is completed.

In fact, he said, a system like this is already being used in China.

“We use a blockchain resource for human capital in China. We have identified people – they have their IDs – we do a number of different workflows that, when that worker is looking for work, we have pools of trusted data of what’s needed…it’s like Monster.com on steroids.” For all Doherty’s enthusiasm, I couldn’t help but notice the elephant in the room…what’s to stop such a system from being misused to discriminate against individuals for reasons besides their fitness for a job or history of unreliability? In fact, who makes that call in the first place?

I asked Doherty for his best advice for legislators currently struggling with crypto and blockchain legislation. His suggestion is to create a more inclusive, less restrictive dialogue between regulators and innovators. “We have to start bringing people in that we’re not comfortable with, in order to re-define what we’re legislating. We have to have these intelligent conversations in order to educate people – they’re dying to know how to manage. And if they’re not having that conversation, well, that’s a reason to boot them out.”