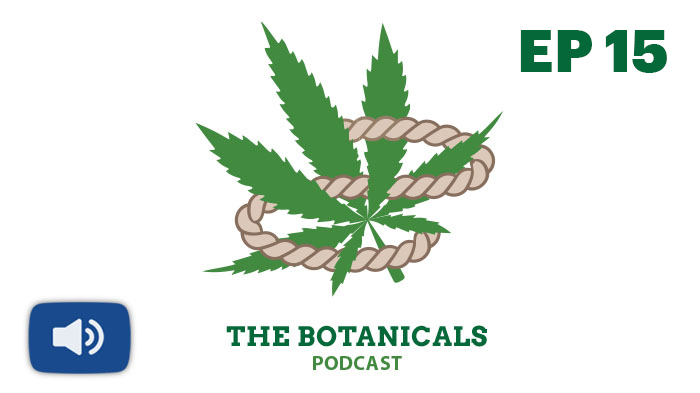 Looking for ‘the Right Type of Disruption’ in the Wild West of Hemp
JohnLothianNews.com

How One Ether Options Trader Lost $3M in a Trade Gone Bad; Selling options, be it put or call, is better suited for institutions with ample capital and a high-risk tolerance.
Omkar Godbole – Coindesk
A trader just learned the hard way that it’s pretty easy to lose $3 million in the volatile world of the crypto options market. The ether put options seller took a large bet against a sharp drop in the cryptocurrency and ended up booking a massive loss on Tuesday as the token powering Ethereum’s blockchain tanked to a three-month low of $1,700. “The market moved just enough to force the trader to take a loss by buying back 5,000 contracts of the December expiry $2,560 put option sold earlier this quarter,” Gregoire Magadini, CEO of options analytics platform Genesis Volatility, told CoinDesk in a Telegram chat. “The trade looks to have yielded a loss of over $3 million.”
/bit.ly/3zQlpBZ

VIX Falls for Third Consecutive Session
Gunjan Banerji – WSJ
Market volatility is rapidly collapsing.
The Cboe Volatility Index, or VIX, fell for the third consecutive session to around 16.32 on Wednesday, its lowest close since June 11. The gauge edged lower even as the S&P 500 logged a slim decline.
/on.wsj.com/3vNHzBC

Tesla Bulls Race to Options Market As Shares Surge
Gunjan Banerji – WSJ
A lurch higher in Tesla Inc. shares has triggered heavy trading in the options market, with bullish calls outpacing bearish put options.
More than a million call options had changed hands on Wednesday, compared to roughly 710,000 puts, according to Cboe Global Markets data. Tesla has been a favorite among options traders over the past year, and is often one of the most popular bets in the entire market.
/on.wsj.com/3vUBXFu

Meme Mania and the Russell Reconstitution
Bloomberg (Video)
The annual reconstitution of the FTSE Russell Indexes often brings volatility and volume, but will the meme stocks make this year’s event stand out even more?
/bloom.bg/3j8xs7N

Individuals are far more confident in their investments than professionals and are predicting almost 15% long-term returns, Natixis survey shows
Ethan Wu – Markets Insider
Individual investors around the world expect to make substantially more money from markets over the long term than professionals do, according to an annual survey from Natixis.
The survey – which gathered responses from 8,550 individual investors globally with at least $100,000 in assets – found that on average, they expected 14.5% returns in the long run, after adjusting for inflation. That compares to the 5.3% long-term returns financial professionals surveyed by Natixis say is viable.
/bit.ly/2U03mZw

SGX RegCo expands range of enforcement powers
SGX
Singapore Exchange Regulation (SGX RegCo) is expanding its range of enforcement powers and requiring issuers to have a whistleblowing policy.
This follows a public consultation on changes to the Listing Rules that market participants broadly supported. The changes pave the way towards swifter enforcement outcomes. This will reinforce confidence in Singapore’s capital markets, act as a greater deterrent against malfeasance, and enhance the protection of investors.
/bit.ly/35M9HKV

SEC Considers Shortening 10-Day Window for Investors to Disclose Large Stakes in Companies
Andrew Ackerman – WSJ
The Securities and Exchange Commission is considering speeding up the deadline for investors to alert the market when they amass an ownership stake of more than 5% of a company’s stock.
SEC Chairman Gary Gensler on Wednesday said he has asked staff to consider updating those rules, which have been a point of contention for years between activist investors and public companies.
/on.wsj.com/3jaVNKg

What’s Ahead for Commodities This Year
Myra P. Saefong – Barron’s
Halfway through 2021, commodities such as steel and ethanol have seen impressive gains, though others have seen prices drop sharply this month, with lumber nearly erasing its climb this year.
“Commodities may have started the postpandemic investment run like a tortoise in 2020, but morphed into a hare,” so far this year, says Hakan Kaya, senior portfolio manager at Neuberger Berman. Tightness in the commodity markets has gradually increased due to a pickup in demand, as well as supply issues, building a “scarcity premium,” Kaya says.
/bit.ly/3daX9ke

Opinion: Buy stocks now that the S&P 500 is finally charging out of its range
Lawrence G. McMillan – MarketWatch
The S&P 500 index has regrouped and is pushing once again toward new all-time highs. It had attempted to break out a couple of weeks ago, but the attempt was weak and resistance held.
However, that was only a temporary setback, as the index SPX, 0.56% pulled back to 4167 — literally the same level at which it had found support in early June — and then rebounded. While this current attempt at new highs is accompanied by a strong Nasdaq market, there is a damper on the euphoria because of very poor breadth so far.
/on.mktw.net/3gPMKN0