The best trading environments feature the best liquidity. But a no-deal Brexit could force some trading into inferior pools of liquidity. In this video, Cboe Europe President Mark Hemsley describes how share trading obligations could alter the profile of European equity trading.

Trade row slams stocks, yuan slumps to lowest in over a decade
Ritvik Carvalho – Reuters
Global stocks fell for a sixth day on Monday as an escalation of a trade war between the United States and China spooked markets and the yuan fell to its lowest levels in over a decade.
/jlne.ws/2YGBRF7

****SD: The MOVE Index was created by Harley “the Convexity Maven” Bassman at Merrill Lynch in the early ’90s. During his 20+ years at Merrill he built out the bank’s mortgage trading capabilities and took over the bank’s OTC bond option operations in 1994. After leaving Merrill, he spent three years on the buyside with PIMCO. ICE already acquired a fixed income index platform from BAML two years ago. For more on the MOVE acquisition, see the press release here.

Traders are betting big on a sudden drop in stocks and it’s starting to pay off
Yun Li – CNBC.com
Traders have been loading up on call options in the Cboe Volatility Index, AKA the VIX or “fear gauge,” wagering on big price swings in the market.
/jlne.ws/2YqKoMX

Illiquidity will amplify magnitude of next bear market
Amin Rajan – Financial Times (SUBSCRIPTION)
“Global market liquidity can freeze like the water in Davos,” said UBS chief executive Sergio Ermotti at the 2019 World Economic Forum in Switzerland.
The reason is that liquidity is the most overlooked risk in asset allocation. It provides oxygen to markets but unlike other risks it cannot be diversified away.
/jlne.ws/2OCsrXp

Funds continue selling CBOT corn and soybeans amid benign U.S. weather
Karen Braun – Reuters
The U.S. corn crop may have gotten its latest-ever start this spring, but speculators’ bullish bets have lost steam in recent weeks as the weather has not been outwardly threatening for crop development.
/jlne.ws/2YJLW3X

ETFs Don’t Rule Gold, After All, Says One Analysis
Simon Constable – WSJ (SUBSCRIPTION)
The launch of exchange-traded funds backed by gold bullion changed the way investors could access the precious-metals market.Nevertheless, professional investors still prefer to buy or sell futures contracts when investing in gold, according to a recent report.
“Most of the institutional investment managers said they are more inclined to trade listed futures and listed options than OTC [over-the-counter] or ETF products,” says the report by New York-based commodities consulting company CPM Group. The OTC market refers to off-exchange dealing in gold, frequently via banks that specialize in bullion.
/jlne.ws/2YnB24N

NYSE Aims to Speed Up Trading With Core Tech Upgrade; The exchange’s technology-overhaul project, called Pillar, has faced difficulties in prior rollouts
Alexander Osipovich – WSJ (SUBSCRIPTION)
A troubled technology overhaul at the New York Stock Exchange is about to face its biggest challenge yet. For the past four years, the NYSE has been replacing outdated systems that underpin its markets. The project, called Pillar, is designed to turbocharge the Big Board’s stock and options exchanges and help it regain market share from more tech-savvy rivals.
/jlne.ws/2yEZFuA

****SD: For a look at NYSE’s plans for its options markets see our video with NYSE Head of Options Ivan Brown.

Eurex figures rise with the temperature: Eurex Exchange up by 18 percent in July
Eurex Exchange
Eurex, Europe’s largest derivatives exchange and part of Deutsche Börse Group, saw an overall increase year-on-year in July. The number of traded contracts reached 130.0 million compared to 109.9 million in July 2018. This is an increase of over 18 percent.
/jlne.ws/2OGKH1N

The Desktop Lives On
Jennifer Milton, Burton-Taylor – TABB Forum
Automation of the trading process has resulted in surging demand for direct data feeds, but the traditional desktop data terminal business is alive and well. The number of screens used globally increased by 3.1% in 2018 and the total number of desktops is expected to top 1.6 million users in 2019, with continued growth ahead.
/jlne.ws/2yDyhNd

Let’s Hope We Don’t Get Another August 2015: Taking Stock
Blaise Robinson, Michael Msika and Jan-Patrick Barnert – Bloomberg (SUBSCRIPTION)
Markets like a good pattern. The current set-up is no exception, and is looking increasingly like 2015: a good first half, a Chinese slowdown, PMIs not picking up, late-cycle signs with central banks set to ease to boost growth. There are a few differences of course, and one of them is the trade war. This could go either way, and while there’s no panic yet, investors should be cautious as we test the market’s resilience.
/jlne.ws/2YEczHP

Covered Call ETFs: Choose The One That Suits Your Risk Profile
Grigoris Vlassis – Seeking Alpha
The S&P has been hovering around all-time highs while the central banks worldwide are on the verge of a new round of monetary easing, in what seems like a coordinated effort to boost the economy. The combination of GDP growth and a dovish Fed is the ideal condition for another run-up of the US equity markets. However, there are still issues in terms of the economic and political landscape that contradict this view.
/jlne.ws/2YLQlUi

Money Is Pouring In to Low-Volatility Funds
Gerrard Cowan – WSJ (SUBSCRIPTION)
Low-volatility funds are proving popular as many cautious investors keep preparing for a still-unseen, but long-anticipated, market downturn.
Net inflows this year for the iShares Edge MSCI Min Vol USA ETF (USMV) stood at $5.92 billion through June, according to data from Morningstar Direct—more than 10% of all U.S.-stock ETF inflows for that period, which totaled $53.49 billion. A second ETF devoted to low-volatility stocks, Invesco S&P 500 Low Volatility ETF (SPLV), took in almost $2 billion.
/jlne.ws/2YSEhAN

Hedge Funds’ Shady CDS Deals Spark Pushback From Regulators
Benjamin Bain, Silla Brush and Claire Boston – Bloomberg (SUBSCRIPTION)
Wall Street’s push to clean up a $10 trillion corner of the derivatives market is getting poor reviews from an important audience: global financial regulators.
Behind closed doors, watchdogs from Washington to London have made clear that a fix the industry came up with this year to crack down on shady deals falls short of what’s needed, said people familiar with the matter. The focus of the scrutiny is credit default swaps — instruments tainted by the 2008 financial crisis that traders use to cash in when companies miss bond payments.
/jlne.ws/2YMFSb4 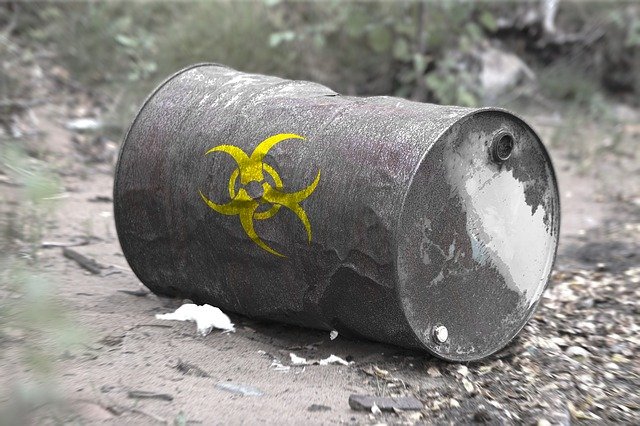