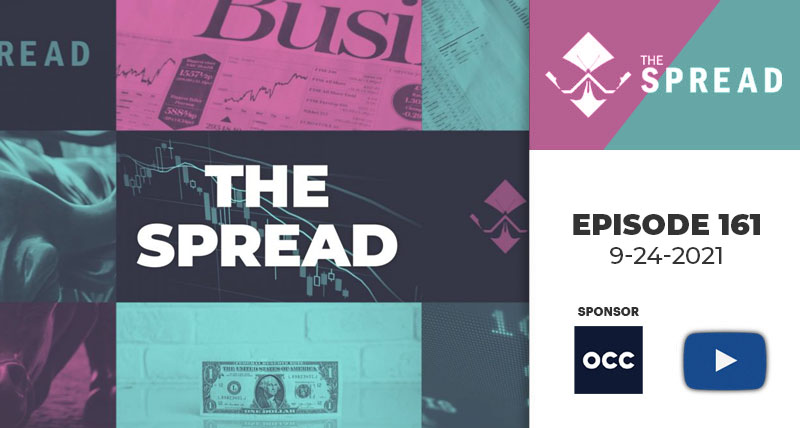 – Options markets see spike in volatility, but ride out China Evergrande Group’s troubles, Federal Reserve taper expectations;
– John’s Take gives us a sneak peek at the FIA IDX 2021 conference and talks about Bryan Harkins and Wall Street Rides FAR;
– What does the VIX Index measure? A tutorial by Russell Rhoads, head of research at EQDerivatives, in the Term of the Week. 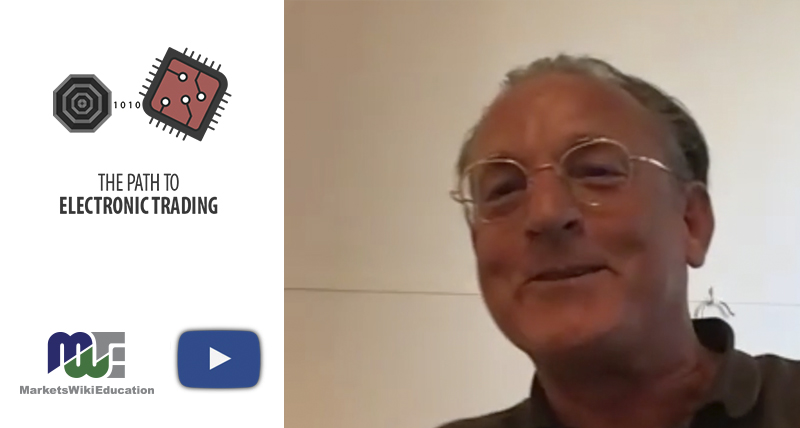 Alan van Griethuysen wanted to be an officer in the Netherlands Royal Army, following in the footsteps of his father, who was a full colonel in the military police.

However, when he took a one-year leave while in school and worked in hotels in England, it started a path that led him to the options exchange in Amsterdam. That first job as a price reporter began a tenure of 32 years at the exchange, which saw many changes during van Griethuysen’s time.

Individuals Embrace Options Trading, Turbocharging Stock Markets; Short-term traders flock to the low upfront cost and potential quick gains in options markets, fueling bigger swings and many rallies
Gunjan Banerji – WSJ
Shares of Robinhood Markets Inc. HOOD -2.24% had mostly disappointed the trading app’s fans since their initial public offering. But Harsh Patel felt sure that was about to change. Mr. Patel, a 27-year-old nurse in Columbus, Ohio, figured its price would rise after he saw chatter about Robinhood light up a stock market chatboard. So on Aug. 4, he paid $600 for a call option—a contract that confers the right, though not the obligation, to purchase 100 shares at a stated price by a certain date.
/on.wsj.com/3ESn24y

Traders take up derivatives tied to Libor replacement; Sofr-linked futures and swaps gather volume despite lenders’ hesitation over new benchmark
Kate Duguid and Philip Stafford – FT
Lenders have been slow to adopt the official substitute for the scandal-tarred Libor interest-rate benchmark, but derivatives traders are now giving it an enthusiastic welcome. Action in futures, options and swaps markets tied to the new secured overnight financing rate — Sofr — has shot up since this summer. These derivatives enable users to hedge against fluctuations in interest rates.
/on.ft.com/3m54t4u

Derivatives Set for $15 Trillion Switch in Libor Test Run
William Shaw – Bloomberg
Global banks are about to get a comprehensive blueprint for how derivatives worth several hundred trillion dollars may be finally disentangled from the London Interbank Offered Rate. Clearing houses are preparing a synchronized shift of about 13 trillion euros ($15 trillion) of interest-rate swaps to the new euro short-term rate, ESTR, next month. The process is a critical step toward retiring the Euro Overnight Index Average, part of the bedrock of Europe’s financial system.
/yhoo.it/3ibNkox

Hedge funds score taper trade hat trick
Jamie McGeever – Reuters
Ahead of the Fed’s policy meeting last week, hedge funds sold Treasuries, positioned for a steeper 2s/10s yield curve, and increased their bullish bets on the dollar.
Going by markets’ initial reaction to the Fed’s hawkish turn, the combination play was perfectly timed.
The question now is whether this really is the beginning of a sustained move up in yields and steepening of the curve, or yet another false dawn.
/reut.rs/39FSwMT

FIA 2021 Sustainable Finance Report highlights industry-led innovation
FIA
London, UK – FIA today released the 2021 Sustainable Finance Report to highlight the derivatives industry’s work on climate-related policy and other efforts to combat climate change.
“While governments have spearheaded the response to the challenge, I believe it is the private sector that has moved the needle over the last two years. We should be proud that our markets will be front and center in managing the risk around climate change and helping discover prices that will align incentives, drive capital investment, and change citizen behavior,” said FIA President and CEO Walt Lukken in opening remarks at FIA’s International Derivatives Expo conference.
/bit.ly/3m2kVT1

Natural Gas Soars to Fresh 7-Year High on U.S. Scarcity Fears
Gerson Freitas Jr – Bloomberg
Natural gas prices surged to a fresh seven-year high in the U.S. as the expiration of October options added momentum to a rally fueled by escalating concerns about tight winter supplies.
Gas for October delivery gained as much as 8% to $5.552 per million British thermal units, the highest since February 2014. Traders were closing out bearish positions ahead of the expiration of October options and futures this week. Shares of gas producers also rose amid broader energy-market gains, with EQT Corp. up as much as 9.4% and Southwestern Energy Co. climbing 11%.
/bloom.bg/3lY6boi

Discover the Benefits of Mini-SPX (XSP) Index Options
Matt Moran – Cboe blog
The Mini-SPX Index (XSP) options contract is 1/10 the size of the standard SPX™ options contract, providing greater flexibility for new index options traders, as well as traders managing an individual portfolio or portfolios for several accounts. Open interest in XSP Index options is increasing as market participants seek exposure to and hedging for the S&P 500™ Index. We’re exploring use cases and strategies that may be beneficial to both new and more experienced options traders.
/bit.ly/3o8YuhT

Exploring the Benefits of Small-Cap Stocks and MRUT Options
Matt Moran – Cboe blog
Cboe’s Mini-Russell 2000 Index (MRUTSM) options are structured like standard Russell 2000 Index (RUTSM) options but feature a smaller contract that is one-tenth the size of the standard contract, making them the same size as comparable ETF options. The smaller notional value of the mini contract is designed to provide market participants with a more precise way to hedge or gain direct exposure to the Russell 2000 Index. We’re explore use cases and strategies that may be beneficial to both new and more experienced options traders.
/bit.ly/39KzTrf

Q&A: Exchange Leaders Discuss China’s Evolving Markets, Managing Global Risks
CME Group via Benzinga
China has in recent years begun to liberalize its markets. One effect has been the growth of still nascent futures and options exchanges. Today, China has five domestic derivatives exchanges and trading volumes have been on an upward trajectory as domestic investors become more familiar with futures and options, and demand from foreign investors increases.
With global uncertainty on the rise in the wake of the pandemic and most developed economies wading through a low rate environment, China’s growing access to risk management tools could play a much bigger role in the years ahead.
/bit.ly/3m3zSnV

SEC charges two over wash trades in GameStop and other so-called meme stocks
Chris Matthews – MarketWatch
The Securities and Exchange Commission charged two traders with engaging in illegal so-called wash trading of meme stocks, including GameStop Inc., in an alleged scheme that netted them hundreds of thousands of dollars in ill-gotten rebates from a number of stock brokers.
Wash trading is a type of market manipulation whereby a trader attempts to feed the market false information about supply and demand for a particular security, typically by placing buy and sell orders for the same security simultaneously that leaves their actual economic interest in the trade a “wash.”
/on.mktw.net/3uigDuD

Lukken Opening Remarks: IDX 2021 The Power of the Human Connection
FIA
London — FIA President and CEO Walt Lukken today made the following remarks at the opening of FIA’s International Derivatives Expo. Mr. Lukken’s remarks are as prepared for delivery:
“IDX 2021: The Power of the Human Connection”
Hello everyone and welcome to IDX—FIA’s first in-person event since the pandemic shutdown 18 months ago.
In an obvious understatement, I am extraordinarily happy to see everyone in person today. The only downside is I had to put on trousers, but it’s a small price to pay to be with you today.
/bit.ly/3uei4Ku

These are the 10 most talked about stocks on Reddit’s Wall Street Bets
Matthew Fox – Markets Insider
It’s paid to follow what stocks Reddit’s Wall Street Bets crowd are talking about this year, as several have gone through epic rallies and seen heightened volatility.
From GameStop in January to AMC Entertainment in June, the near 11 million-member forum has driven the conversation in so-called meme stocks that have exploded higher amid overwhelming demand from retail investors. Strong demand for stocks with shaky fundamentals has led to several hedge fund blowups that were caught on the opposite side of the trade betting against the company in question.
/bit.ly/3zIY2ZB

Keep an eye on volatility index India VIX
Ashish Rukhaiyar – BusinessToday.In
The Indian stock markets are on fire and are the best performing markets globally this year with both the benchmarks Sensex and Nifty up more than 25 per cent each. There are many stocks that have more than doubled this year and new investors are pouring in record numbers.
While there is a significant amount of optimism and bullishness all around in the markets, there is one more aspect — an important one – that investors need to take into account when looking at the stock markets.
The India VIX index, which is looked upon as a barometer of short-term volatility, has surged in the last one month even as the benchmarks continued on their record-breaking spree.
/bit.ly/3ANEtAW

Observations & Insight The FIA reported late Friday that global exchange-traded derivatives volume and open interest both posted their highest levels on record in September. A total of 5.6 billion futures and options traded last month, with options volume once...

Observations & Insight Women In Listed Derivatives (WILD) is currently accepting applications from members for the WILD Board of Directors. The application process will close on November 8th. The group is looking for board member candidates who believe in its...

Oil Holds Above $80 as IEA Warns of Volatility, Higher Prices

Lead Stories Oil Holds Above $80 as IEA Warns of Volatility, Higher Prices Julia Fanzeres and Devika Krishna Kumar - Bloomberg Oil was little changed as traders assessed OPEC's skepticism around the strength of crude demand even after prices hit the highest since...