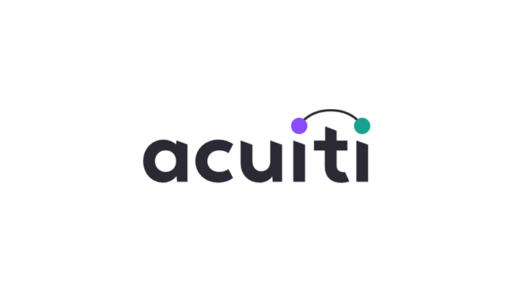 The following is a discussion of the inaugural quarterly edition of “Derivatives Insight Report” published on April 14, 2019, by Acuity Business Intelligence, a platform for insights and analytics in the derivatives market. The company was launched by William Mitting in February of this year.  Mitting was previously editor and publisher of FOW until it was acquired by Global Investor, where Mitting served as a managing director.

Acuiti published its first quarterly derivatives report about a week ago and it is filled with fascinating insights about developments over the last year and especially the last three months in the world derivatives business. The focus of the report is squarely on how the individual buy- and sell-side businesses see themselves doing rather than providing an industry overview.

The report is based on interviews with more than 140 industry executives from around the world who answered Acuiti’s questions anonymously. It covers revenues, costs, and staffing, among other things. It reports trends among the responses according to geographic region and by type of firm. This comprehensive report, however, is organized so that the reader will not miss the forest for the trees.

The derivatives forest, from the Futures Industry Association’s perspective at the moment, is, unsurprisingly, pretty robust. For one, trading activity is up a healthy amount compared to the first quarter last year. FIA reported that Q1 exchange traded volumes, at just under eight billion, were about 8.1% higher in 2019 than in 2018. Open interest was up 2.6%. The FIA data indicate strong regional differences, with North America and Europe down by 15.3% and 5.6% respectively and Asia-Pacific and Latin America up by 33.5% and 43.5% respectively.

Acuiti’s approach is different but with similar results. Acuiti, which focuses on a set of benchmark exchanges it has selected in each region, shows a sharp decline in the U.S. compared to the year earlier period – about flat for Europe – and some growth in Asia and Latin America, although not the 33.5% and 43.5% growth in the more comprehensive FIA data. Experience will tell if Acuiti’s reporting, with which it intends to “contextualise” regional performance, is more illustrative or distorting. (FIA’s data are not adjusted for contract size, so its aggregates can be influenced by volume activity in small, low-value instruments which are relatively unimportant to a company’s derivatives business.

Now To The Trees!

All of Europe’s problems seem to  be compounded by increasing costs, due in part to Brexit and in part to regulatory pressures. Among respondents, 63% in Europe and 65% in the U.K. reported that their defensive costs (costs based on just standing still as well as dealing with Brexit) had risen.

While costs in Asia-Pacific and the U.S. are also rising according to Acuiti, those expenditures are focused on growth measures: staffing, technology, new services.

Acuiti’s report takes a very detailed look at staffing trends with a focus on the types of staff (finance, IT, risk, legal and compliance, HR, trading, technology, and business development) sorted by region. There is a lot of information presented about this aspect of the business, and the following statement compels serious thought: “Regionally, trading roles were the most commonly increased function in Asia while legal and compliance dominated hiring in the U.K.”  There is more where that came from.

Acuiti reports that the majority of its respondents predict increasing revenues over the next three months (second quarter ‘19) and notes, “the U.S. is the most confident region with 73% predicting increases in revenues . . .” The report also notes that respondents are concerned that factors like market conditions, business competition, capital rules and Brexit may harm their prospects for growth.

You can apply to join the Acuiti network and to obtain the full report here: https://www.acuiti.io/.