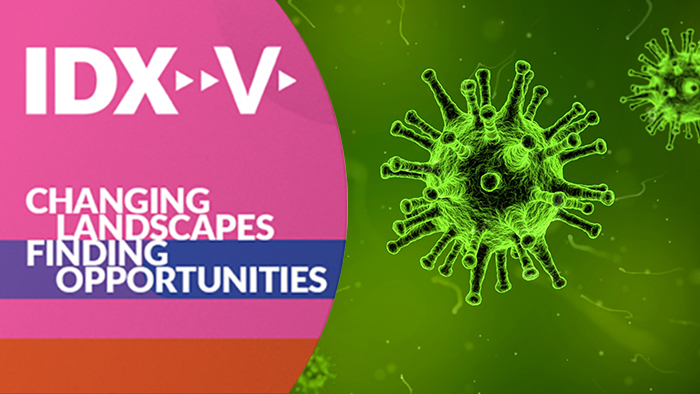 Day one of IDX-V concluded with a discussion about much the same topic as the panel that preceded it – that is, how the coronavirus impacted the markets, and how things will be different from now on. This time, it was a panel consisting mostly of managing directors and board members instead of exchange executives discussing how the pandemic affected derivatives trading volume and volatility, the brief short-selling ban in the European markets, and dividends.

The consensus of the panel seemed to be that, despite the unprecedented conditions facing the market, it performed well. Roth said that, yes, trading and clearing volume for derivatives are hitting all-time highs and price volatility has been significant, but these days things ain’t exactly business as usual. De Boer agreed. “People say it’s large, but if you look at the markets, society was paying more than liquidity creators should be getting,” he said. “It was what should happen when an extreme thing in the world happens.”

Roth also pointed out that things were primed to get turbulent this year even before the pandemic ballooned into a massive, worldwide crisis, citing the state of the markets at the beginning of January 2020, the 2020 election in the U.S., and Brexit as sources of pre-COVID economic instability exacerbated by the coronavirus outbreak. These issues combined with the myriad problems created by the outbreak meant that trouble was inevitable. Roth also said that substantial liquidity and price discovery issues combined with greater than usual volumes had caused significant problems across different markets and trading venues, including increasing the cost of trading, a concern shared by each panelist.

Lindemann eloquently described the unusual market activity over the past six months as a demonstration of controlled chaos. “Equity and credit markets had been trading low letters,” he said. “Returns turned out to be more meager.” He said that this led to traders taking on more and more extreme positions in a desperate effort to mitigate losses and turn out better profits. When the pandemic began to get worse, “people had to unwind and cut risk.” This, combined with a lack of liquidity, exacerbated the turmoil, he said. Lindemann also mentioned an “unprecedented” decline of front end dividends as another contributing factor to market disruption.

Besides causing economic disruptions, Roth said that the virus has changed the structure of the markets as well. He pointed out that not only are there more traders working from home than ever, there are a lot more traders, especially retail traders – a point that de Boer would touch on later in the panel. When Mitting asked the panelists whether they thought any of the problems that were being discussed had anything to do with reckless trading activity from retail traders, de Boer seemed to agree that it was a factor. “Lots of people are beginning to trade for the first time because they’re at home with nothing to do,” he said.

De Boer didn’t lay blame for market instability and friction squarely at the feet of newbie retail traders, though. He described the short-selling ban in European markets as a “political” decision, not one proposed by exchanges, implying that the decision did more harm than good. “We like to talk about ‘one big Europe,’” he said before explaining that in reality, the decisions of local authorities can make adapting to adverse market conditions complicated.

All the panelists seemed to agree that in the wake of the coronavirus pandemic, the structure and behavior of the markets would likely see widespread, permanent changes. De Boer said that more participation in the process of price discovery was needed from market participants, especially now. He said that too often exchanges are treated “like a shop,” in which traders can come to the market and find the price set for them already without any role in the process of determining it, but that he believed that this was changing. Lindemann seemed to agree, and said that “people who do price discovery should be rewarded.”

To wrap up, each panelist discussed how their respective organizations were beginning to reconsider the value of working from home. Roth said, “once you have a critical amount of people back in the office, it’s worthwhile to come back.” Lindemann said that there were “a lot of positive things” about working from home, including giving employees the “flexibility to work a day or two from home to manage their lives better.” De Boer offered the counterpoint that, despite the necessity of prioritizing employee safety during crises like the coronavirus pandemic, the emotional and social components of working in an office are also important. “[The] element of emotional interaction should not be underestimated,” he said.