Banks in Singapore, performing internal reviews, find evidence that traders there have colluded to manipulate offshore currency rates. Goldman Sachs figures out how to create a new fund that sidesteps the Volcker Rule. With many energy swaps shifting to futures contracts, the CFTC opens the box to see if the new contracts have enough transparency.

Swim-a-thon for SAVI
For those who know Clive Furness and his wife Clare Black at Contango Markets in London, you may know about Clare’s son Joshua, who has been battling visual impairment for many years. But that hasn’t slowed Joshua, who is an amazing boy. The trio are participating in the annual swimathon next week (February 7) to raise much-needed funds for the Surrey Association for Visual Impairment (SAVI), a charity that provides vital services to Joshua and others in terms of mobility and independence training and also organises all sorts of activities. Clare sits on the board of SAVI and can assure that your donation will be used to continue its fabulous work.
If you would like to sponsor them, please visit their online donation page:
jlne.ws/Wlr5Mz

The SDR battle is about competition not customer choice
Galen Stops – FOW
The battle taking place between the Depository Trust & Clearing Corporation (DTCC) and the Chicago Mercantile Exchange (CME) over swaps reporting has heated up in recent weeks with the Commodity Futures trading Commission (CFTC) currently stuck in the middle of the debate. Despite the apparent concern for the welfare of the market from both sides, this is really an argument between two competitors determined not to hand their opponent an advantage.
jlne.ws/123WffF

Financial Industry Is Massively Underprepared for OTC Regulation
Melanie Rodier – Wall Street & Technology
Despite growing OTC derivatives trading and market regulation, a new survey has found that financial institutions are largely underprepared to meet new regulatory requirements. According to the survey, 95 percent of firms said they are already trading swaps or other OTC derivatives (or plan to do so in the next six months), and 74 percent said they expect their firms’ trading volumes to increase in the next year.
jlne.ws/WkM6Hp

Singapore leads in clearing house reform
Jeremy Grant – FT.com
It was hardly the most eye-catching of announcements, but it revealed that in Asia there are signs that the region is slowly gearing up for the era of over-the-counter (OTC) derivatives reform. This month the Singapore Exchange said its two clearing houses had met a new set of standards required by global market regulators for the operation of such institutions, making it the first exchange with a clearing house in Asia to meet those standards.
jlne.ws/123WgQB

**JK – Good example of how far reaching Dodd-Frank is.

Traders bank on back office jobs
Giles Turner – Financial News
For years the trading floor was the place to be. From the egg heads to the barrow boys, everybody wanted in. But now traders are being let go with wild abandon, leaving them to seek out jobs in the back office.
jlne.ws/123WgQD

**JK – And check out what Ben Van Vliet has to say about HFT.

The future slowly becomes clearer
Philip Stafford – FT.com
For some institutional investors and hedge funds, getting Mitt Romney elected president of the US was the last role of the dice. For more than three years, all parties of the industry loosely described as market infrastructure – exchanges and other trading venues, banks and clearing houses – have been holding detailed, almost exhaustive discussions with global regulators over how to turn a political pledge to reform the derivatives industry into practicable laws.
jlne.ws/123WgQF

**JK – Interesting comment from Morgan Stanley’s guy on not telling clients where to clear their trades.

Brokers urged to mend their manual ways
Suzi Ring – Financial News
Some 65% of brokers are still using manual process for confirming trades, according to new research that highlights the large technical challenges the industry faces in complying with new regulatory initiatives. The research, published yesterday by Boston-based consultancy Aite Group, found that the majority of brokers continue to rely heavily on phone calls and email messages to confirm trades they enter into with other brokers.
jlne.ws/123WgQJ

**JK – How’s the ink in that FAX machine doing?

Exclusive: Bank probes find manipulation in Singapore’s offshore FX market – source
Reuters via Yahoo! News
SINGAPORE – Internal reviews by banks in Singapore have found evidence that traders colluded to manipulate rates in the offshore foreign exchange market, according to a source with knowledge of the inquiries.
jlne.ws/123Wfw2

Exclusive: Goldman finds a way past Volcker with new credit fund
Reuters via Yahoo! News
NEW YORK – Goldman Sachs Group is looking to raise up to $600 million from its wealthy customers for a publicly traded credit fund that will provide loans to mid-sized companies – believed to be the first fund of its kind for the Wall Street bank.
jlne.ws/123Wfw3

Swap-to-Future Conversion Has Regulators Studying Rules
Bloomberg
The U.S. Commodity Futures Trading Commission is reviewing whether energy futures contracts that are replacing swaps on the largest exchanges have enough transparency before they are traded, Chairman Gary Gensler said.
jlne.ws/123Wh6Z

Basking in the shadows? Regulators are watching you
Reuters via Yahoo! News
DAVOS, Switzerland – Unconventional lenders that have enjoyed a cozy spot while central bankers were busy trying to make banks stronger should watch out as shadow banking is coming back on to regulators’ agenda.
jlne.ws/123Wh70

BATS revises down number of mispriced trades
Arash Massoudi in New York – FT.com
BATS Global Markets privately told clients on Friday that it miscalculated the number of trades its US exchange had processed at inferior prices. The third-largest US stock exchange operator by volume confirmed in an email to the Financial Times that only 12,000 trades over the past four years may have contravened US securities law and been executed at inferior market prices.
jlne.ws/123Wfw9

Iceland Wins Major Case Over Failed Bank
ANDREW HIGGINS – NYTimes.com
More than four years after its banking system collapsed, Iceland won a landmark court case on Monday over its refusal to cover the losses of British and Dutch depositors who lost money in Icesave, a failed Icelandic bank.
jlne.ws/123Wfwb

Haldane’s accounting cover may cost £15bn
Mike Foster – Financial News
Andrew Haldane, executive director for financial stability at the Bank of England, has stepped up demands for accounting changes that could force the UK’s four biggest banks to provide a further £15bn in loan cover.
jlne.ws/123Wh75

New SEC Chief Arrives with Gold-Plated Resume, but Much of Dodd-Frank Remains Unimplemented
Forbes
The appointment of Mary Jo White to head up the Securities and Exchange Commission is an attempt to make a clear and definitive statement. The Obama administration wants investors and savers to believe that it is prioritizing the policing of Wall Street during the President’s second term.
jlne.ws/123WfMu

Countries lag on AIFMD implementation
Sophie Baker – Financial News
As the deadline for the implementation of the Alternative Investment Fund Managers Directive looms, one would think Europe’s largest alternative funds markets would be ready and raring to go. In reality, things are only just getting started.
jlne.ws/123Wh78

Regulations cause ‘collateral damage’
Steve Johnson – FT.com
A swath of regulations introduced in the wake of the global financial crisis is set to force a host of derivatives to be cleared via central counterparties. But this seemingly technical change to the over-the-counter derivatives market means the likes of pension and mutual funds will need to post collateral to back their trades – collateral they do not always have, at least not in the form the central counterparties are willing to accept.
jlne.ws/123Wh7a

CBOE Pays Fat Dividend, Stock Tagging New Highs
Forbes
CBOE Holdings has been gaining traction with an annual dividend yield of 3.9% and a long-term growth rate of 12.5%, making this options and futures leader a promising pick for investors seeking both growth and income. This Zacks Rank #2 declared a special dividend of 75 cents on December 11, which led to a 52-week high.
jlne.ws/123WfMx

The costs of growing your own hedge
Maha Khan Phillips – Financial News
During the bull market, there was a certain cliché that it would take just two men and a Bloomberg terminal to set up a hedge fund. Costs would be minimal and, all in, managers might get going with a just a few million dollars under management.
jlne.ws/123Wgju

Fund titans clash over performance
Mike Foster – Financial News
Fidelity has thrown down the gauntlet to exchange-traded fund providers, led by BlackRock, by arguing that returns on high-yield ETFs are too low.
jlne.ws/123WhnH

Two Funny Cartoons That Perfectly Capture Why People Are Still Worried About High Frequency Trading
Business Insider
Nothing too crazy has happened in the world of high frequency and algorithmic trading in a while, but that doesn’t mean everyone on Wall Street has stopped worried about their discontents.
jlne.ws/123WhnK

JPMorgan risk officer John Hogan takes leave until summer
Reuters via Yahoo! News
The chief risk officer of JPMorgan Chase & Co , John Hogan, is taking a leave of absence until early summer to spend time with his family after grappling with the fallout from the company’s “London Whale” trading debacle for much of the past year.
jlne.ws/123WhE1

Record Foreign Takeovers Mean Scrutiny for Davos Bankers
Bloomberg
Cross-border merger and acquisitions increased to a record portion of all takeovers last year. That’s good news for dealmakers, except at the same time those foreign transactions have spurred tougher scrutiny from regulators and politicians.
jlne.ws/123WgzW

Citigroup Said to Merge U.S. Leveraged Finance, Syndicate Unit
Bloomberg
Citigroup Inc. is combining its leveraged finance origination and syndication businesses in the U.S., according to two people with knowledge of the matter.
jlne.ws/123WhE9

Gap grows between bonus ‘haves’ and ‘have-noughts’
Matt Turner and Farah Khalique – Financial News
A polarisation has emerged at the biggest investment banks over the structure and distribution of bonus payouts, according to bankers and headhunters.
jlne.ws/123WgA3

SEC Charges Florida-Based Financial Adviser with Illegally Tipping Inside Information
The Securities and Exchange Commission today charged a financial adviser in Boca Raton, Fla., with illegally tipping inside information he learned about the upcoming sale of a pharmaceutical company in exchange for $35,000 and a jet ski dock.
jlne.ws/123WgAc

Hana Financial: Aim to Fully Own Korea Exchange Bank Via Share Swap; Delist in April
Dow Jones
Hana Financial Group, one of top four banking groups in Korea, said Monday it aims to increase its ownership in Korea Exchange Bank to 100% from its current 60% via a share swap and eventually delist it, in a widely expected move since it bought KEB last year for $3.5 billion.
jlne.ws/123WjMd

Dubai may ease restriction for foreign investors
Reuters
Dubai, seeking to attract more investment, may let citizens from five other Gulf Arab countries establish businesses along with foreign partners but without having to include domestic investors, the government said.
jlne.ws/123WjMj 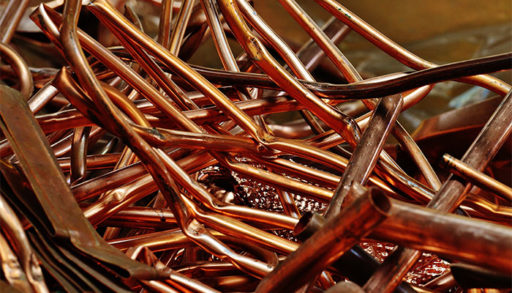 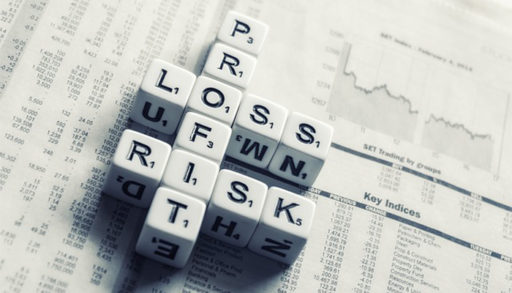 Behind the Mysterious Demise of a $1.7 Billion Mutual Fund 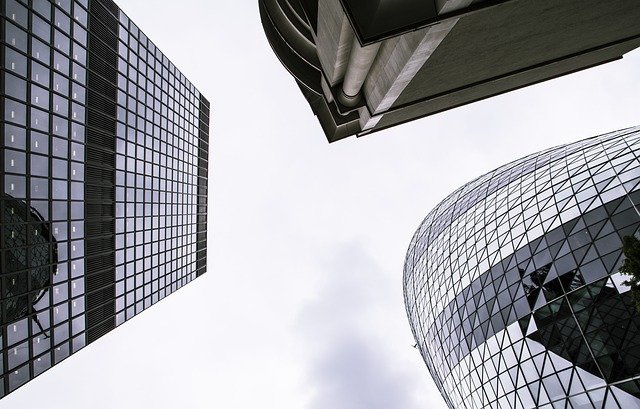