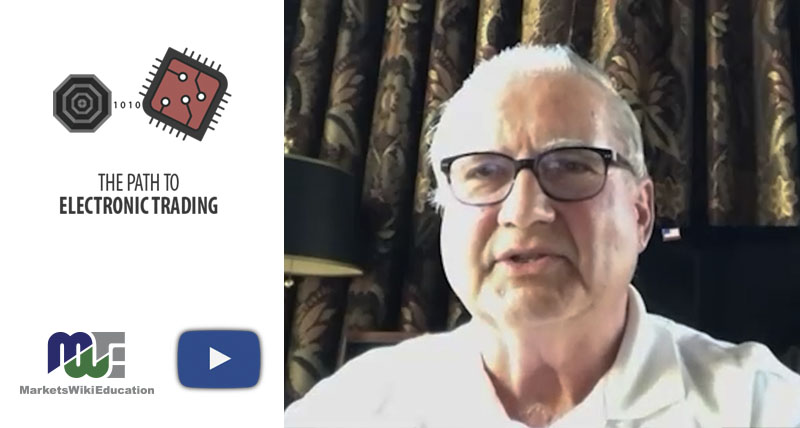 Jim Krause came to the futures industry from a job in temperature control and HVAC at  a company called MCC Powers. He followed Don Serpico, his supervisor at MCC Powers, who had been hired by the Chicago Mercantile Exchange, to the CME. His timing could not have been better. He was hired to develop the clearing system at the CME.

Three years later, in 1987, he was asked to lead the Globex development team before it was called Globex. Initially the CME’s electronic system was called PMT, for Post-Market-Trade.

Krause was charged with making Leo Melamed‘s vision for electronic trading a reality. The CME already had success trading after hours with their mutual offset deal with SIMEX. Trading after hours had value, but the exchange could not put traders on a trading floor at all hours of the day and night. An electronic system to trade off hours was the answer.

In the early days of Globex, it was the Globex Alliance with the French exchange Marché à Terme International de France (MATIF) and the Chicago Board of Trade as members. MATIF had its own matching engine in Europe, but each market was available on the Reuters terminals used to access the markets by flipping pages on the screens.

MATIF was doing more volume than CME in those early days and was later acquired by the French stock market, Société des Bourses Françaises. Since the SBF was an electronic market, it wanted futures to be electronically traded too.

Business conflicts between Reuters and the CME and MATIF led to the dissolution of the Reuters deal. The CME wanted more control over the development process, so the CME and MATIF told Reuters they wanted to end the agreement. Reuters was amicable, as it was not generating hoped-for profits on the deal.

The SBF platform needed new interfaces for clearing and market data to meet the CME’s needs. They also needed a terminal to replace the Reuters terminals.  Eventually, the SBF system was opened up to other vendors’ screens, allowing the CME to get out of the screen business.

The CBOT dropped out of the Globex Alliance and went its own way. Then the CBOT and CME were in competition for the Dow Jones contract and the CBOT won. The CME decided to develop a smaller stock index contract aimed at the retail trade to compete against the expected smaller Dow contract. The CME would split its S&P 500 contract in half, since it had grown to a $500,000 face value since its launch in 1982. The CME would then split that half-sized S&P 500 contract into five parts and make the tick size of the E-mini contract a quarter point to the big pit-traded tick size of a dime.

The E-mini contract would launch on the Reuters system, Krause said, but they had to make changes in both the Reuters and SBF systems in parallel as they readied the SBF system for launch. The new platform would be called Globex 2, though the 2 in the name would later disappear.

When the London International Financial Futures Exchange decided to challenge the CME for the Eurodollar contract, the CME traders were not happy. However, some traders came up to Krause after a member meeting to discuss the Liffe Eurodollar challenge and asked him what they needed to do to be ready to trade Eurodollars electronically. Krause said he could see that  some traders accepted electronic trading and wanted to be on the bleeding edge.

Krause and his team needed to redesign the architecture of the Globex system built on the SBF system as electronic trading outgrew one single matching engine. The CME settled on the FIX API to access the system, ditching the COBOL interface the French were using. The CME needed to grow the Globex system vertically for more markets and horizontally to increase  the number of traders.

The design included layers to the Globex system and a gateway to communicate across the system. Credentials and security would be handled by the CME member firms’ FIX servers. Once the member firm servers sent a message, the message would go on what Krause called a “bus” to take the orders to multiple trading engines. Taking the design to an extreme, Krause said there could be a server per contract.

Bigger contracts would have their own engine, he said, while lower volume markets could be bunched on one engine.

Krause was in the trenches running the development of Globex for an exchange that was growing dramatically, but would grow exponentially when electronic trading really kicked in.

Krause and his team worked hard to speed up the matching engines as well, starting from the Reuters matching engine speed of three seconds for a trade.

Sometimes the capacity that Krause and his team would add to Globex would be eaten up in as little as two weeks because of the dynamic growth of electronic trading at the CME.

They had to manage peak transactions, which presented unique challenges. Normal activity was about 4% of capacity, but when Federal Reserve Chairman Alan Greenspan spoke, trading activity could surge twentyfold.

The Reuters system was originally on a Digital Equipment Computer, or DEC, server running Windows 2.0.  The SBF system was run on a Tandem computer, something the exchanges had a lot of experience with because price reporting also ran on Tandems. The CME ended up with six Tandem matching engines by the time the CBOT came over after the merger.

When the CME moved to the Eagle matching engine, a new platform that allowed them to move from the SBF platform, they started using UNIX servers. They bought the best, fastest and least expensive UNIX servers from a number of different suppliers.

The fast-growing CME was adding servers on a weekly basis, which created a bigger problem: a need for bigger and bigger data centers. They went through data centers like crazy, Krause said. They bought a huge warehouse in Aurora and turned it into a data center.

Krause’s team would put in new servers to meet the growing demand on Friday nights, then come in Saturday and “test the h*ll out of all this stuff” and go home Saturday night and be ready to go again at noon on Sunday when the markets re-opened, he said.

The Globex Control Center started with three or four desks in the clearinghouse when electronic trading first started. By the time the E-mini was launched, the Globex Control Center had its own space. The GCC would continue to grow and need more and more space. Eventually, Globex Control ended up on the former CME trading floor at 20 South Wacker Drive after floor trading moved to the CBOT Building following the CME and CBOT merger. 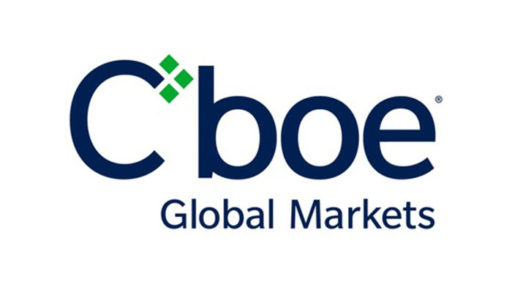 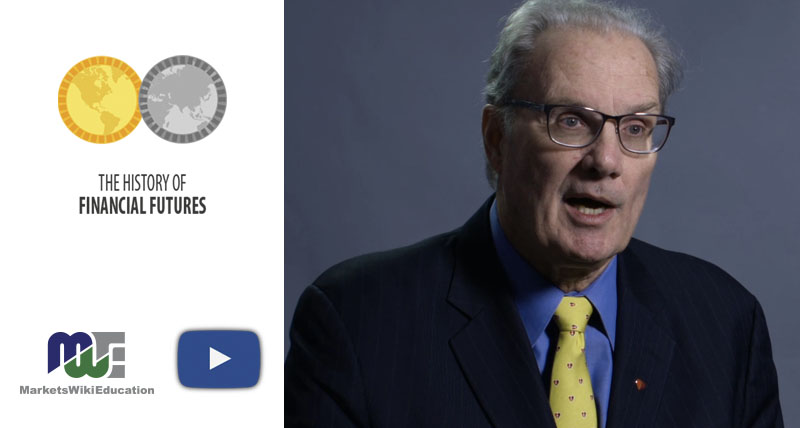 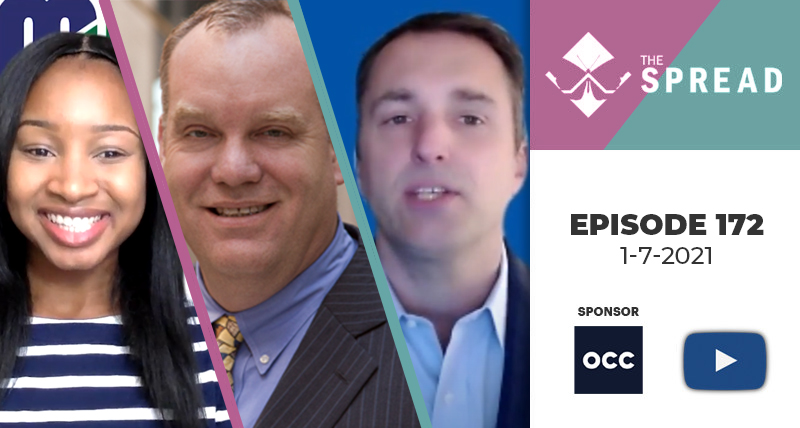 TERM OF THE WEEK: Tom Jarck of MIAX takes us through the “Options Term of the Week.” 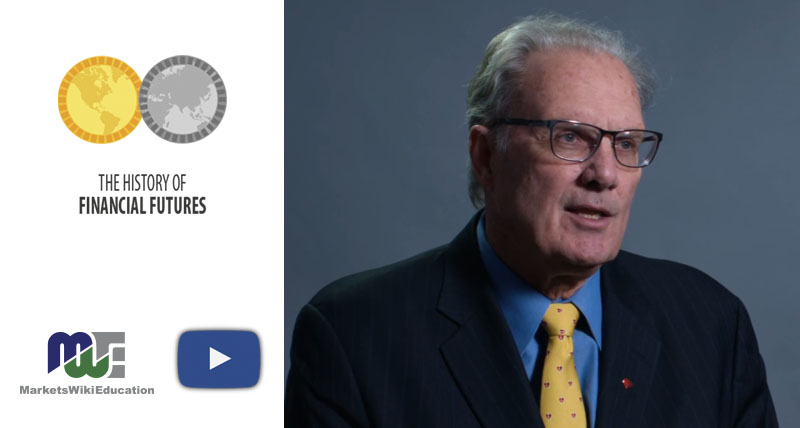