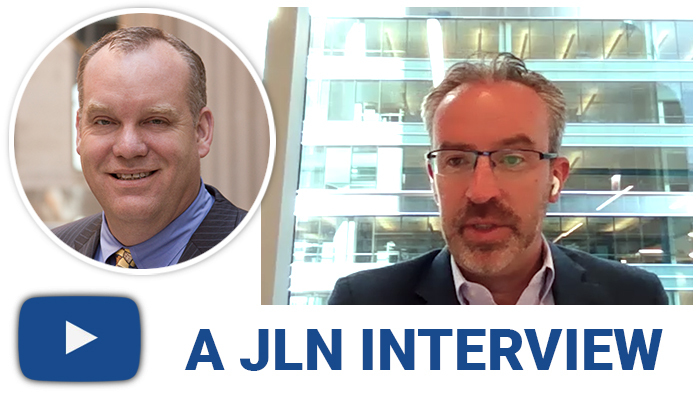 Jim Sullivan has spent his entire career in the markets. He started as a runner, became a trader and then worked for the CME Group for 11 years. Now he is the U.S. commercial director for a new firm, Stable. John Lothian News interviewed him over Zoom about his career and his current role helping to manage commodity risk beyond what can be accomplished on a futures exchange.

Sullivan started in the Eurodollar trading pit two weeks after graduating from Marquette University. He spent six months as a runner working for Trinity Capital, a firm owned by family friend Chris McNulty.

Sullivan traded for Trinity for four and a half years, mostly in Eurodollars and Treasury futures. However, the financial crisis of 2007 and 2008 ended his trading career. Leveraging his market knowledge as a trader, Sullivan then went to work for the CME Group starting in 2010.

He worked for the CME Group for 11 years and now works for Stable, which helps people manage volatile commodity risks in ways you can’t in traditional futures markets.

Only 8 percent of the world’s commodities have contracts listed on exchanges, Sullivan said. Ninety-two percent of commodities, worth $8 trillion, do not have a futures contract listed enabling people  to hedge risk, he said.

What his firm does is create custom tailored risk management products for different commodities that settle to an index. Stable has over 5000 commodities indexes. The products function similarly to call or put spreads, he said, that then settle to the commodity index the customer requests.

USDA publishes thousands of prices for different commodities, which is where Stable gets the data to create the indexes. Besides the USDA data, Stable has also partnered with over 50 price reporting organizations.

That breadth of commodities covers everything from corn and hogs to plastics and packaging. If you ever wanted to hedge your avocado risk, Stable has a solution for you.