If you want to hear why Chicago may hold its spot as one of the financial hubs in the world, Mayor Rahm Emanuel has the answers. Speaking at Trading Technologies headquarters in Chicago at the 2015 MarketsWiki World of Opportunity Summer Intern Education Series, he outlines the reasons to be optimistic about Chicago’s future. The city is rated as the second most competitive economy in the US, behind New York and is always rated in the top 10 worldwide. It’s also the number one city for college graduation with 150,000 students graduating each year from 15 colleges and universities, and it’s the top city for first jobs for graduates. See how the city is positioned as the risk management capital of the world.
Watch the video »

US options’ rude health under threat
Luke Jeffs – Futures & Options World
The US options market has had a funny year. Volumes in one of the world’s unique markets – it has more than 10 exchanges and a single clearing house – were weak at the start of 2015.
Trading activity in the first quarter was down 9% on the same three months last year and volumes were fairly underwhelming in the second quarter also, despite a slight improvement on the first three months.
jlne.ws/1KhIeME

China Roils Markets for Second Day as Yuan Tumbles With Stocks
Stephen Kirkland and Jeremy Herron – Bloomberg
Concerns China’s economy is faltering torpedoed stocks around the world for a second day and fueled demand for the safety of gold and Treasuries.
The Standard & Poor’s 500 Index lost 0.8 percent at 12:45 p.m. in New York, paring a drop of 1.5 percent. The Stoxx Europe 600 plunged 2.7 percent, the most since October. China’s yuan led the biggest two-day slide in Asian currencies since 2008, while speculation the financial-markets turmoil will force the Federal Reserve to delay raising interest rates sent the dollar tumbling versus the euro.
jlne.ws/1KhIQBV

July US Listed Options Volumes Surge, Reaching Highest Monthly Level Since October 2014
TABB Forum
The Options LiquidityMatrix is a monthly analysis of options market activity published by TABB Group with analysis and statistics from Hanweck Associates. The report includes options trading volumes and statistics on execution metrics for each US listed options exchange and the industry, using data sourced from the OCC and Premium Hosted Database (PhD),a joint offering from Hanweck Associates and the International Securities Exchange (ISE).
jlne.ws/1KhJBuN

Hedge Fund Assets Seen Growing by Quarter Trillion in One Year
John D’Antona – Traders Magazine
In just one year the hedge fund industry’s assets under management are expected to climb by a quarter trillion dollars.
Yes, that was a quarter trillion.
Agecroft Partners, a third party hedge fund marketing firm, said in a recent update that despite funds underperforming the S&P 500 index, assets continue to flow into the sector.
jlne.ws/1NanrQv

Bearish Options Bets on Apple Are Spiraling Higher
Callie Bost – Bloomberg
Apple Inc. is down 14 percent in 17 days, its worst retreat since 2012, and in the options market at least, few traders are interested in buying the dip.
Speculators in Apple options are snapping up bearish bets at the fastest rate in three and a half years. They see no end to pain for a stock where $130 billion of market value has been erased since it reached an all-time high in February.
jlne.ws/1NanR9u

CME Group cuts 3 percent of employees in another round of reductions
Tom Polansek – Reuters
CME Group Inc has eliminated about 3 percent of its employees in the second significant round of job cuts in less than a year at the world’s largest futures exchange operator.
jlne.ws/1J3YDI3

Hackers who breached corporate wires made millions off insider trading
Drew Harwell – Washington Post
An international hacking ring armed with tens of thousands of corporate secrets pocketed more than $100 million from illicit trades, targeting a core vulnerability of the financial system in one of the digital age’s most sprawling insider-trading schemes, federal investigators said Tuesday.
Since 2010, more than 30 hackers and traders across the U.S., Ukraine, Russia and other countries coordinated to steal and profit from more than 150,000 press releases, which were scheduled to be delivered to investors from corporate wire services Business Wire, PR Newswire and Marketwired.
jlne.ws/1J3YOmH

****SD: “Consider the daffodil. And while you’re doing that, I’ll be over here, looking through your stuff.” — Jack Handey

Market Cheating Moves From Trading Sex to Hacking to Gain Edge
Michael Riley and Jordan Robertson – Bloomberg
Insider traders have long shelled out millions in bribes, manipulated friendships and even traded sex for market tips. Now, they’ve found a new way to get the data they need: employing computer hackers.
“With the ubiquity of hackers now, you can find people online who’ll do what you want for a pizza,” said Slade Griffin, founder of Knoxville, Tennessee-based Cyphoss Security LLC. “You combine the financial brilliance of someone that’s criminally minded with the ease of access to hackers and hacking tools, why wouldn’t you do it?”
jlne.ws/1Wihnt8

FIS to Buy Financial-Tech Firm SunGard for $9.1 Billion, Including Debt
Angela Chen – WSJ
Fidelity National Information Services Inc. agreed to buy financial software company SunGard for $9.1 billion, including the assumption of debt.
That acquisition will end plans by SunGard’s private-equity owners to take it public. The Wayne, Pa., company had tapped underwriters for an initial public offering with a target valuation of about $7 billion, people familiar with the matter told The Wall Street Journal earlier this summer.
jlne.ws/1En6P0x

Trade Talk: Develop DIY Algorithms—Safely
Andrew Renalds – Trade Talk
Yesterday, The Wall Street Journal published an article titled “Algorithmic Trading: The Play-at-Home Version” highlighting the growth of a new crop of DIY tools that allow retail traders to easily automate their trading strategies. The users quoted in the article expressed excitement about having the ability to quickly build and deploy their own strategies, but they lamented that unforeseen issues in their algorithms led to sizable losses.
Since 1994, TT has been building tools to allow professional derivatives traders to automate their strategies. It’s encouraging to see the DIY algo programming trend start to migrate to retail traders, but the potential for loss with some of these systems is a detriment. To that end, allow me to point out a few differences between our approach and the others.
jlne.ws/1gznloy

Goldman Sachs to Give Out ‘Secret Sauce’ on Trading
Justin Baer – WSJ
In a major shift for Goldman Sachs Group Inc., the firm is preparing to give away some of the “secret sauce” behind its trading ideas.
Goldman will soon offer clients access to more of its in-house tools, such as high-powered databases that analyze markets and manage risk, according to the firm’s executives. Those proprietary systems have long been key elements enabling Goldman to sidestep market turmoil and ring up outsized profits in better conditions.
jlne.ws/1En6ZFe

Why Not Insider Trade on Every Company?
Matt Levine – Bloomberg
So one way to insider trade is, you work at a bank, and you advise on mergers, and before a merger happens you meet a guy and write the name of the target on a napkin, and the guy reads the napkin, and then he eats it, and then he buys stock in the target, and he makes money, and then you meet in a parking lot and he hands you a bag of cash representing your cut of his profits. There are a lot of variations, many involving golf, but that’s the basic structure. You get your news one piece at a time, from a place where you work, and then you pass it on to someone who doesn’t work there to cover your tracks.
jlne.ws/1NagG0T

****SD: Nothing like commentary on a story that involves a combination of ineptitude, vision and gumption. I think it’s pretty clear that we live in an age where both highly sophisticated cyber-criminals and I’m-not-quite-sure-so-let-me-Google-how-to-do-that hackers can thrive.

The Importance of Derivatives in Risk Management
Daniyal Rehman – The Market Mogul
Banks, brokers, portfolio managers and even the entire financial industry are exposed to risks on a daily basis. Due to this and especially since the financial crisis, the importance of risk management has increased rapidly. The fundamentals of risk management are not to completely eliminate risks, but to manage them accordingly. As financial markets grow, there is an increasing need to manage risks appropriately. The solution lies within the use of financial derivatives. This article looks at why derivatives are so vital when it comes to managing all kinds of risks.
jlne.ws/1Naj5ss 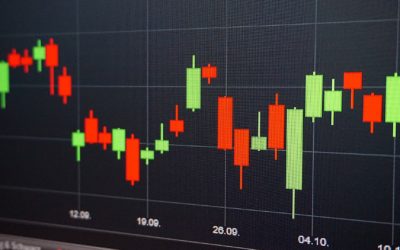 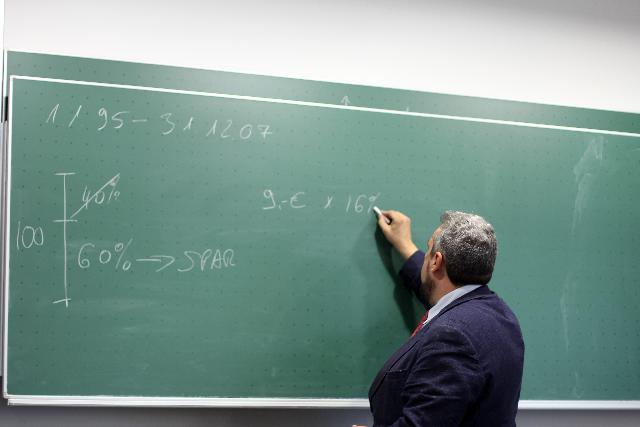