Today is the long-awaited launch of the new SPXpm options on C2, the all-electronic second options exchange created by the CBOE.  The contracts are similar to the CBOE’s benchmark S&P 500 Index options, except that they are electronically traded, are cash-settled, and have a p.m. settlement and European-style expiration. Until today, SPX options were principally traded only on the CBOE floor, and many in the industry saw this launch as C2’s raison d’être.

The CBOE is hoping to broaden its customer base with the contracts, which they hope will attract more retail traders.  The contracts are designed to compete with the SPY options (options on the SPDR S&P500 ETF), the most active U.S. contract.

The p.m. settlement in particular may appeal to retail traders, who have sometimes been confused by the a.m. settlement that is the practice with the traditional floor-traded S&P 500 Index options, according to Randy Frederick, director of trading and derivatives at Charles Schwab & Co.

“The a.m. settlement is not based on the opening price of the S&P 500,” he said, “it is based on what the price would be if all the stocks had opened at the same time.”
Although it may take a while for retail traders to warm to the contract, Frederick said it offers them some advantages they might not be aware of.  Retail traders like the SPY options because they are relatively affordable at $1.20 per contract. However, the SPY contract settles in SPDR shares, whereas both the existing SPX and new SPXpm are cash settled.

“Retail clients have gravitated to cash settlement,” he added.

Perhaps the biggest benefit often overlooked by retail investors is that the SPX receives preferential 60/40 tax treatment, and so will the new contract.  A trader must own the SPY option for a whole year in order to qualify for that tax treatment, Frederick said.

“That is a big benefit to someone who trades a lot of those contracts,” he added. “I think the CBOE will focus on that feature.”

Hazem Dawani, CEO of OptionsCity, a certified vendor for C2, said his customers see the new contract as essentially complementing the floor contract and said the p.m. expiration was less risky than the a.m. expiration, especially during times of market volatility.

“We have a lot of groups who are trading the SPX as well as the E-mini S&P futures contracts at the CME,” Dawani said.

Dawani added that  those participants have been making money in the SPX pit and see trading opportunities that will allow them to get out of positions on expiration because of the p.m. expiration.

While some are skeptical about how much volume the new contract will draw, more are interested in it and want to be on C2, he said. For current market makers, it is an opportunity to start electronic trading of a contract they are already familiar with, and they see the potential to bring in algorithmic and arbitrage traders.

Gene Koziarz, options strategist at LOGe Solutions, LLC, said the contracts could potentially create some arbitrage opportunities for traders, because they are similar to the OEX and the SPDR options.  The European exercise is a big advantage as well, because there is no risk of early assignment as there is with American-style exercise.

“[The CBOE] is really just changing the settlement and giving them one more day until expiration,” Koziarz said.  He echoed Frederick in saying that the Friday p.m. expiration was less confusing than the Friday morning expiration, because of the way the a.m. settlement is calculated using an average of all the prices.

There may be reluctance among floor traders to try the new contract, since many are having plenty of success with the traditional open outcry contract.

“SPX traders do a lot of complex spreads,” Koziarz said.  “The exchanges still don’t have a very good way of doing spreads, especially in a cash-settled product.”

All in all, however, he said it was a smart decision to offer the contract electronically.

“I think standardizing the expiration and settlement so it will resemble the Spiders as well as the OEX and even the futures options, will create opportunities,” he said. “The existing SPX options would expire in the morning, whereas the futures expire to cash in the evening.  So this will be similar to the futures options but have a European flavor that’s cash settled rather than futures settled.”

CBOE has the exclusive right to list options linked to the S&P 500 Index, until 2018. What will happen after that has been thrown into question because of the proposed venture in which CME Group Inc. would become a joint owner of the Dow Jones Industrial Average and the S&P 500 names. The exchange gets a large share of its revenue from trading in its S&P licensed products.

CME Group and McGraw-Hill, the owner of the S&P name, are only in talks about the venture and a deal has not yet been signed.

No one from the CBOE was available for comment on the SPXpm launch. 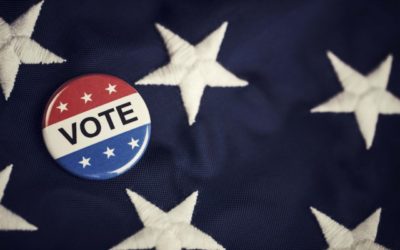