Home Run: Don Davis Talks About Peer-to-Peer Investments
JohnLothianNews.com
The US financial crisis has wreaked havoc for the past several years on the mortgage lending business, not to mention many homeowners and debtors. It also has created opportunities for innovative firms that are looking for new ways to help homeowners and make a nice return at the same time. Don Davis, president of Novus Investments sat down with Jim Kharouf, editor-in-chief of John Lothian News, to talk about how his firm is profiting from the ongoing fallout from the mortgage crisis and the rise of peer-to-peer lending, at the Emerging Manager Forum in Miami in December.

Markets sell-off boosts trading volumes
Arash Massoudi in New York and Philip Stafford in London – FT.com
The emerging markets sell-off has translated into better than expected trading volumes on stock exchanges in the US and Europe, according to data published by a host of bourses on Monday.
jlne.ws/1emUm4v

**JK – I love a good sell off in the morning, it smells like ….volume.

ICE Said to Hire KCG’s King as Senior Legal Adviser for NYSE
Sam Mamudi and Robert Schmidt – Bloomberg
IntercontinentalExchange Group Inc. hired Elizabeth King from KCG Holdings Inc. to serve as a senior lawyer for the New York Stock Exchange, according to a person briefed on the matter.
jlne.ws/1anRAuH

**JK – Few have her securities regulatory and legal experience. Great move for ICE.

**JK – Market share is one thing, but not the only thing.

**JK – Yep, another month, another record for VIX. And don’t forget your Russell Volatility futures.

Open for Business: Tech Drives the Transition to SEFs
JohnLothianNews.com

The Swap Execution Facility was given life by the Dodd-Frank Act.

After three years of meetings, rule proposals comments, and more meetings, the final SEF rules were published by the CFTC in mid-2013 and trading has commenced on 18 registered SEFs. John Lothian News attended SEFCON IV and interviewed a dozen of the leading SEF operators, regulators and other participants to bring you this three part series on SEF regulation, the changing market structure and the new technology required to make it all happen. Part three of the series explores the importance of technology in the rapidly changing SEF landscape. Mandatory execution on SEFs, along with clearing and data mandates, have necessitated a technology transformation in financial markets. While most of the pieces are in place, several questions remain.

OIC Educational Program Evolves With the Industry
Sarah Rudolph – JLN
It was a good year for the options industry in 2013. In fact, it was the second best year in terms of volume, despite volatility that was about 50 percent lower in 2013 than it was during the industry’s 2011 record year.
jlne.ws/1eQ9Nx1

**JK – With volumes like this, it may be time to crack out the shrimp futures contract again.

MarketsWiki Page of the Day
Robert A. Keeley
jlne.ws/1dn6In3

Son of Big Board Father No Friend to NYSE
Michael P. Regan and Sam Mamudi – Bloomberg
A painting of the New York Stock Exchange in its heyday, depicting men buzzing around trading posts, hangs in the Jersey City office of William O’Brien. An inheritance from his father, it represents a way of life the Direct Edge Holdings LLC chief executive officer has spent a career helping to dismantle.
jlne.ws/1emUktm

British Regulator Warns Two of Potential Libor Charges
NYTimes.com
The Wells notice appears to be going global. The Financial Conduct Authority, one of Britain’s financial regulators, made public on Monday warnings to two individuals that it planned to charge them for misconduct related to the rigging of the London Interbank Offered Rate, or Libor.
jlne.ws/1emUmkX

Young Bankers Seek ‘Good Yield’ With Their Own Nonprofits
Max Abelson – Bloomberg
The founders of the Resolution Project don’t dwell on generosity or charity when they describe why their nonprofit mentors and funds young leaders. They favor the language of finance.
jlne.ws/1nNmxvP

Yellen sworn in as first woman Fed chair
Reuters
Janet Yellen was sworn in Monday to a term as chair of the U.S. central bank, the Federal Reserve said in a statement.
jlne.ws/1emUktp

ECB vice-president defends strength of its health check on banks
Claire Jones and Alice Ross in Frankfurt, and Sam Fleming in London – FT.com
The European Central Bank on Monday countered attacks on the credibility of its crucial health check of the eurozone’s biggest lenders, saying its clean-up operation would leave no doubts over the financial system and help boost the currency bloc’s weak recovery.
jlne.ws/1emUmBh

Thousands of derivatives users not ready for Emir reporting
Fiona Maxwell – Risk.net
With just over a week left on the clock, regulators are said to be worried the market is not ready for the start of mandatory trade reporting under the European Market Infrastructure Regulation (Emir). According to some estimates, a little over 8% of the region’s derivatives users have so far registered for the preliminary legal entity identifier (LEI) that will allow them to report their over-the-counter and listed trades.
jlne.ws/1bZjvfA

How ‘dark pools’ can help public stock markets
Peter Dizikes, MIT News Office
A “dark pool” may sound like a mysterious water source or an untapped oil well. In reality, it’s a finance term: Dark pools are privately run stock markets that do not show participants’ orders to the public before trades happen. They are a growing presence in stock trading, now representing at least one-eighth, and possibly much more, of all stock trading volume in the U.S.
jlne.ws/1emUktl

Meet Jesse Cohn, The 33-Year-Old Hedge Fund Investor Laying Siege To Silicon Valley
Forbes
In 2006, a 26-year-old senior tech analyst at a hedge fund walked into the office of a stressed out Harry Knowles and told the then 76-year-old CEO of Metrologic Instruments that he needed to sell the bar-code scanning systems maker he founded to a private equity firm.
jlne.ws/1emUl0b

Tax Expert Sees Abuse in a Stream of Private Equity Fees
WILLIAM ALDEN – NYTimes.com
The tax practices of private equity firms have come under scrutiny from the authorities on several fronts. But there is an additional tax strategy that should merit a skeptical look, an academic argues in a new article.
jlne.ws/1emUmS1

Hedge Fund Chief Makes a Lonely Bet Against Portugal’s Debt
NYTimes.com
David Salanic cuts a lonely figure among the Manhattan power brokers eating breakfast at the Loews Regency Hotel restaurant on Park Avenue. Sure, he runs a hedge fund, but with $50 million, his fund may represent a year of commissions for some of the heavy hitters in the room.
jlne.ws/1emUmS2

Currency Probe Reaches to Julius Baer
WSJ.com
The chief executive of Switzerland’s Julius Baer Group AG said the private bank has had to “clarify a few cases” of currency trading to the country’s regulator, an indication that the global investigation of possible market manipulation has spread beyond the big lenders that have been at its center.
jlne.ws/1emUl0e

Europe’s Banks Poised to Return to Acquisition Trail
WSJ.com
European banks, still nursing their wounds from the continent’s financial crisis, are starting to look for opportunities to expand internationally through acquisitions.
jlne.ws/1emUn8i

ISDA Says Credit Derivatives Overhaul Postponed to September – SFGate
The biggest overhaul of the $21 trillion credit derivatives market in more than a decade has been postponed until September, according to the International Swaps & Derivatives Association.
jlne.ws/1fGLTXZ

Closing Arguments in Martoma Trial
NYTimes.com
Mathew Martoma, a former top portfolio manager at SAC Capital Advisors, pursued a “canary in a coal mine” to give him an “illegal sneak preview” of the results of a clinical Alzheimer’s drug trial, a prosecutor said on Monday in closing remarks for the government’s closely watched insider trading case.
jlne.ws/1emUlgO

UN Carbon Supply May Rise as Sellers Rush to Beat 2015 Deadlines
Bloomberg
Supply of United Nations carbon offsets may rise after February as owners of offsets rush to sell them before their eligibility ends in the European Union’s market in March 2015, according to Bloomberg New Energy Finance.
jlne.ws/MqFPZk

Why the Year of the Horse could be a winner for the Hong Kong stock exchange
Quartz
On February 3, the Hong Kong Stock Exchange will usher in the first day of trading in the Chinese Lunar New Year, and it could be a banner year for the exchange thanks to newly relaxed regulations for Chinese companies listing overseas. Hong Kong could see over $26 billion in IPOs this year, up from 2013’s $21 billion in listings, and the exchange may hit a five-year high, strategists predicted this month.

Compliance staff on top during Asia bonus season
Michelle Price in Hong Kong – Financial News
The global financial crisis may have dampened bonus payouts across the banking sector, but there is one role that is rapidly becoming an exception, especially in Asia: compliance.
jlne.ws/1emUnp5

[JEG] Notice regarding Next Generation Derivatives Trading System Solutions Provider
Following its launch in January 2013, Japan Exchange Group, Inc. has worked to realize the synergistic benefits of the business combination between Tokyo Stock Exchange and Osaka Securities Exchange by promoting the steady and stable integration of its systems.
jlne.ws/1emUnFj

Dubai, Abu Dhabi Said to Complete Bourse Merger Due Diligence
Sarmad Khan and Matthew Martin – Bloomberg
Abu Dhabi and Dubai completed due diligence on a potential merger of the two bourses in the United Arab Emirates, bringing the combination a step closer, according to two people familiar with the matter.
jlne.ws/1emUnFl

Chart o’ the Day: The Only EM Venn Diagram You Need
The Reformed Broker
jlne.ws/1emUocp 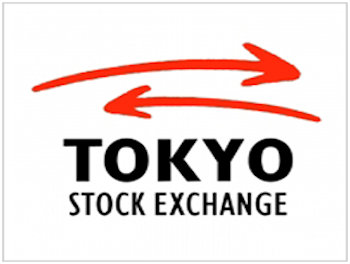