County Cork LLC, a managed futures firm, is looking to bring experience to its clients with traders in the agriculture and equity markets who’ve seen it all. John Lothian News sat down with Mark de Souza, president of County Cork to talk about what sets the firm apart from other funds at the Emerging Manager Forum in Miami in December. “The uniqueness of what County Cork has brought to the marketplace in terms of those discretionary programs is our managers don’t come from trading backgrounds,” de Souza said. “The come from production backgrounds, hedging backgrounds. They are true industry experts whether its in production, supply chain management, even procurement. They bring a real understanding of supply and demand.”

***** This was the subject of a question that I asked at the Chicago CBOE press lunch in January that nearly got me uninvited for next year’s lunch. Of course their response was humorous and everyone laughed, but I must have touched a nerve.

***** Sometimes it takes time to find one’s purpose in life. But when you do, you can make a big difference. Best of luck to Mr. Ganot.

Finra Wants to Get Too Invasive for Some Members
Matthias Rieker – MoneyBeat – WSJ
The Financial Industry Regulatory Authority Inc. is used to criticism. Too weak a regulator is the most common scolding, particularly from investor advocates who demand Wall Street’s self-regulator of all things brokerage to be tougher on brokers. But now Finra is being perceived in whole new light by some.
jlne.ws/1hBjNl3

Mark Cuban to SEC: Go after high-speed trading, not insider trading
Reuters
Dallas Mavericks owner and prominent investor Mark Cuban is never shy about criticizing the U.S. Securities and Exchange Commission and its failure to prevail in its high-profile insider-trading case against him last fall.
jlne.ws/1hBjNl5

***** Please go after something other than me.

With Ban on Ads Removed, Hedge Funds Test Waters
ALEXANDRA STEVENSON – NYTimes.com
It looks like the kind of motivational poster on a college student’s dorm room wall. Snowboarders stand at the peak of a steep mountain, reveling in victory, with the tag line, “Performing in all conditions.”
jlne.ws/1hBjO8u

***** This is a good idea, but I am not sure I am ready for these first efforts.

***** And for a small price they can buy a table at the awards dinner.

***** Don’t worry, there are competitors willing and able to replace them.

Trading Rebates Skew Markets, NYSE and Allies Tell SEC
Dave Michaels – Bloomberg
The New York Stock Exchange and a group of money managers are lobbying U.S. securities regulators to abolish the practice of paying rebates to large brokers to attract trades to stock exchanges and other trading platforms, according to three people familiar with the matter.
jlne.ws/1hBjO8z

Stephen Luparello Named as Director of SEC’s Division of Trading and Markets
The Securities and Exchange Commission today announced that it has named Stephen Luparello as director of its Division of Trading and Markets. Mr. Luparello comes to the SEC from the law firm of WilmerHale, where he has been a partner in its Washington, D.C. office, specializing in broker-dealer compliance and regulation, securities litigation, and enforcement.
jlne.ws/1hBjO8C

Deutsche Börse seeks to open Singapore clearing house
Philip Stafford in London – FT.com
Deutsche Börse, the German exchanges operator, is in talks about opening a clearing house in Singapore, deepening its strategic push into Asia to take on its US rivals.
jlne.ws/1hBjOoQ

Cleared US dollar swap volumes drop 80% on first day of Sef regime
Peter Madigan – Risk.net
Interest rate swap trading volumes fell more than 80% on the first day of mandatory trading on swap execution facilities (Sefs) in the US, according to data collected by the International Swaps and Derivatives Association. Dealers believe many firms avoided trading while the untested regime beds down.
jlne.ws/1hBjQgz

Estonia kicks off haggling over European transaction tax
Reuters
Estonia has called for pension funds to be exempt from a planned tax on transactions in 11 European countries, piling pressure on France and Germany who want a deal on the levy within weeks.
jlne.ws/1hBjQgA

Division of Trading And Markets Acting Director John Ramsay to Leave SEC
The Securities and Exchange Commission today announced that John Ramsay, acting director of the Division of Trading and Markets, will leave the agency next month after three and a half years of leadership and service. Mr. Ramsay, who was appointed deputy director of the division in September 2010 and has served as acting director since December 2012, plans to return to the private sector.
jlne.ws/1hBjOoV

SEC Names Sharon Binger as Director of Philadelphia Regional Office
The Securities and Exchange Commission today named Sharon B. Binger as director of the Philadelphia Regional Office, where she will oversee enforcement and examinations in the Mid-Atlantic region. Ms. Binger joined the SEC’s Enforcement Division in 2008 has been an assistant regional director in the New York office since 2011.
jlne.ws/1hBjQgB

SEC Announces Initiative Directed at Never-Before Examined Registered Investment Advisers
The Securities and Exchange Commission today announced that its Office of Compliance Inspections and Examinations is launching an initiative directed at investment advisers that have never been examined, focusing on those that have been registered with the SEC for three or more years. OCIE previously announced that examining these advisers is a priority in 2014.
jlne.ws/1hBjQgD

Statement On Court Filing By SEC To Protect Whistleblowers From Retaliation
jlne.ws/1hBjOp9

Eurex: Further MSCI Futures Available For U.S. Based Customers – CFTC Certified A Further 11 MSCI Futures Contracts For Trading In The U.S.
The international derivatives market Eurex Exchange has been informed by the Commodities and Futures Trading Commission that an additional 11 MSCI futures fall under the scope of the ‘no-action’ letter and can be marketed in the U.S. This brings the total number of MSCI futures contracts listed on Eurex which are now available to U.S. investors to 15.
jlne.ws/1hBjQgJ

Consolidated results of the WSE Group in 2013
jlne.ws/1hBjOFn

Bill Ackman’s Biggest Winners and Losers
Stephen Grocer – MoneyBeat – WSJ
Bill Ackman has had more winners than losers in his career, but for now, Herbalife is squarely in the loser category.
jlne.ws/1hBjQxa

Franklin Templeton’s Ukraine bond bet in the red
David Oakley, James Mackintosh and Delphine Strauss – FT.com
Franklin Templeton, the global fund management group, has suffered losses on multibillion dollar positions in Ukrainian debt. Ukrainian bond yields, which have an inverse relationship with prices, have risen sharply in response to instability in the country as concerns have mounted that it is heading for civil war.
jlne.ws/1hBjQxh

Swedish banks light the low-growth way with high returns
Reuters
Swedish banks are pulling ahead of the pack in Europe, showing their peers it is possible to stay on top of regulatory demands to hold more capital while rewarding shareholders with a focus on profitability rather than growth.
jlne.ws/1hBjOW3

Deal with activists lets JPMorgan avoid battle over chairman
Reuters
A deal with shareholder activists outlined by JPMorgan Chase & Co on Thursday will allow the bank to avoid another battle at its spring shareholder meeting over whether the firm should have an independent chairman.
jlne.ws/1hBjQNz

RBS to retrench in investment banking, cut 30,000 jobs: FT
Reuters
Royal Bank of Scotland is expected to announce its withdrawal from many investment banking activities as well as much of its international business in a move that is expected to reduce staff numbers by at least 30,000 over the next three to five years, the Financial Times reported on Thursday.
jlne.ws/1hBjQNA

BofA CEO’s $14M Pay Day Can’t Keep Up With Jamie Dimon’s $20M
Forbes
What’s a banker got to do to get a big raise around here? You could ask Bank of America CEO Brian Moynihan who saw a 17% increase in his annual pay after giving shareholders one of the best years since the financial crisis. There was no cash bonus but Moynihan’s salary and stock-based compensation did see a nice jump.
jlne.ws/1hBjOW6

Sallie Mae Notes ‘Significant’ Increase in Regulatory Inquiries
WSJ.com
Federal and state officials are ramping up their probe of SLM Corp. amid a broader industry review of student-lending practices by regulators.
jlne.ws/1hBjPcs

Hopes grow that US CCPs will get green light from EC
Lukas Becker – Risk.net
Banks and central counterparties (CCP) are increasingly hopeful the European Commission will overlook differences in transatlantic clearing house rules and decide the US regime is equivalent to that in Europe – a step that would remove the threat of European banks giving up their membership of US CCPs.
jlne.ws/1hBjPcy

A Debate Brews as ETFs Gain on Index Mutual Funds
Murray Coleman – MoneyBeat – WSJ
Investors like to argue about which is better, so-called “passively” managed funds or “actively” managed ones. But among indexing enthusiasts, an even bigger debate might be brewing.
jlne.ws/1hBjPcA

Change To The Impact Of Corporate Action Of Vodafone Group Plc On NASDAQ OMX Indexes
jlne.ws/1hBjPcD

Bond executive cross-examined over ex-Jefferies banker’s trades
Reuters
A lawyer for Jesse Litvak, on trial on charges he defrauded clients and the United States on bond trades, on Thursday tried to discredit one of the government’s main witnesses against the former Jefferies Group Inc banker.
jlne.ws/1hBjR47

U.S. judge asks if Goldman can cover ex-trader Tourre’s penalties
Reuters
A U.S. judge on Thursday weighed the limits of the U.S. Securities and Exchange Commission’s ability to punish former Goldman Sachs Group Inc trader Fabrice Tourre, including whether the agency could block him from asking the bank to cover any penalties.
jlne.ws/1hBjPsW

TransCanada Confident of Keystone Pipeline Plan
The Wall Street Journal
TransCanada Corp.CEO Russ Girling said Thursday a potential setback dealt by a Nebraska court to its proposed Keystone XL pipeline is disappointing, but he called the ruling a “solvable problem” that won’t deter the company from pursuing the controversial project.
jlne.ws/1mhiVk1

SGX and SIM University partner on investor education
Singapore Exchange (SGX) is collaborating with SIM University (UniSIM) to develop and provide investor education to the public. The initiative is also part of UniSIM’s ongoing Continuing Education and Training programme to make university-level education accessible, particularly for working adults wishing to better themselves in work-related competencies.
jlne.ws/1hBjR4d

Tokyo Stock Exchange Will Conduct An Online Seminar On Japanese Stock Options – A Growing Market Sector
The TSE is teaming up with Interactive Brokers for an online seminar on Japanese single stock options! Join the TSE on March 13th at 6:00 p.m. Japan Standard Time for this FREE broadcast.
jlne.ws/1hBjPt7

Emerging markets can learn from America’s bank stress tests
Gillian Tett – FT.com
Five years ago next Tuesday, an embattled US Treasury announced that it would conduct “stress tests” of America’s largest banks. The idea was to reassure the markets of the stability of solvent institutions, and force weaker ones to repair their balance sheets.
jlne.ws/1hBjRkw

Investments in Brazil Rose Last Year, Study Says
VINOD SREEHARSHA – NYTimes.com
Despite its economic woes, Brazil experienced an increase in private equity and venture capital investments in 2013 over the year before, the Latin American Private Equity and Venture Capital Association said on Thursday, in presenting its annual survey.
jlne.ws/1hBjPJr

Russia says better positioned than peers to deal with U.S. policy impact
Reuters
Russia may see a balanced budget this year, which puts the country in a better position than other emerging markets to fend off the impact of the U.S. decision to curb its monetary stimulus, Finance Minister Anton Siluanov said on Friday.
jlne.ws/1hBjRky

Former Citigroup CEO Vikram Pandit Launching New Consulting Firm
WSJ.com
Less than two years after he was ousted as chief executive of Citigroup Inc., Vikram Pandit is collaborating with the co-author of the popular “Freakonomics” book series to launch a new consulting business aimed at helping companies improve their cultures and use of technology.
jlne.ws/1hBjPJu 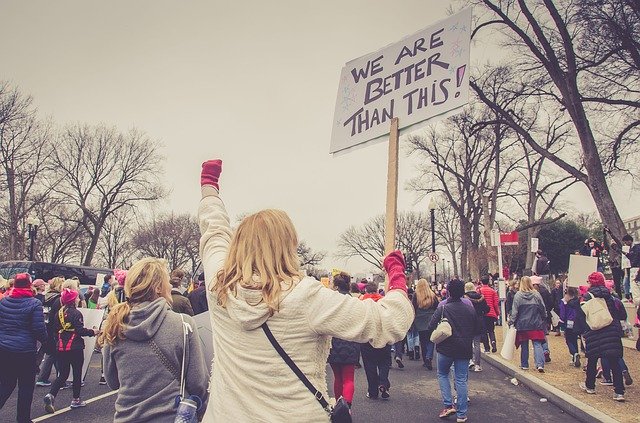 When Americans Took to the Streets Over Inflation

First Read $42,376/$300,000 (14.1%) ++++ Hits & Takes John Lothian & JLN Staff The new CME Group micro Treasury futures contracts are not the basis point futures I have suggested, but they are very close and maybe better. Certainly the micro name will enhance... 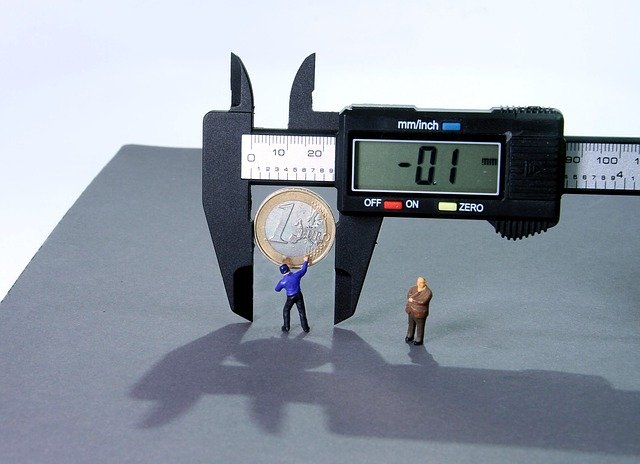 The Fed Is Paying 0.00%. Such a Deal! Depositors Are Flocking