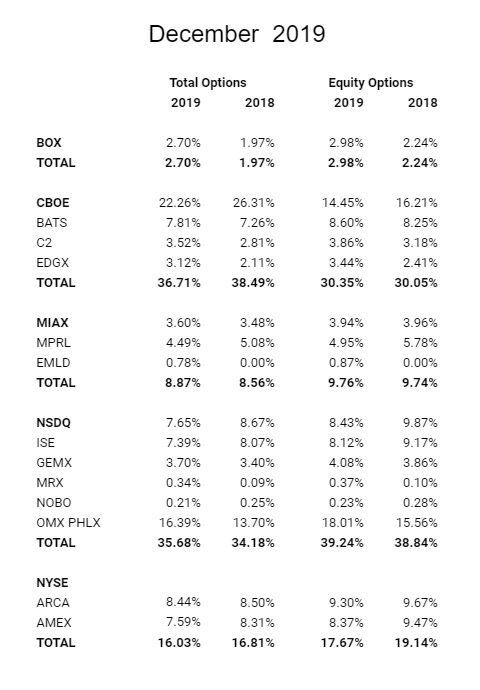 Just Two Days Into Year, Middle East Tensions Interrupt Market’s Celebration
JJ Kinahan – Forbes
One of the potential threats many people pointed out looking ahead to 2020 was geopolitical instability.
What they might not have expected was for it to happen so suddenly here at the start of the year.
Last night’s U.S. action in the Middle East sent crude prices spiking. Stock futures tumbled, giving back basically all the gains from Thursday in pre-market trading early Friday. Crude is back where it was in September after the attack on Saudi oil facilities, up above $63 a barrel. Iran has vowed to retaliate, so investors might be on tenterhooks waiting for that.
/jlne.ws/2MOZ4ha

Oil Prices Jump, and Stocks Slide, After U.S. Kills Iranian General
Alexandra Stevenson and Stanley Reed – The New York Times
Oil prices jumped about 4 percent Friday, and Wall Street opened about 1 percent lower, on news that a powerful Iranian military leader had been killed in a strike authorized by the United States, ratcheting up geopolitical tensions in a region that supplies around 25 percent of the world’s oil and threatening to disrupt global supply.
/jlne.ws/2ZNBvuo

Oil Options Get More Bullish as Risk of Iran Retaliation Grows
Alex Longley – Bloomberg
Oil options markets turned more bullish Friday as traders weighed the possibility of reprisals after the U.S. killed a top Iranian general. The cost of insuring against price spikes increased, driving put skews — the premium traders pay for bearish options over bullish ones — to the smallest since early November in both London and New York. Volatility also rose to its highest level in a month shortly after the airstrike.
/jlne.ws/2sxZgut

Interactive Brokers Closes Out 2019 with Pretty Weak Volumes
Aziz Abdel-Qader – MarketWatch
Despite a multitude of trading incentives that online brokers introduced over the past two months, including commission-free trading and fractional shares, monthly volumes are struggling for any real traction. Interactive Brokers LLC (NASDAQ:IBKR) today reported its lowest DARTs since August 2018, which came in at 771,000 in December. This figure was lower by six percent month-over-month from? 822,000 in November 2019. On a year-on-year basis, the electronic brokerage firm saw a bleaker performance in its DARTs, with December’s figure dropping 16 percent relative to over 953,000 transactions reported in 2018.
/jlne.ws/2QlE1VF

Don’t laugh: Here’s why the ‘great rotation’ from bonds to stocks could finally happen in 2020
William Watts – MarketWatch
Stop us if you’ve heard this one before: After years of bond- and money-market-fund inflows and equity-fund outflows, investors grow fearful of a rebound in yields and the potential for capital losses in fixed-income, sparking a “great rotation” out of bonds and into equities. That scenario, which implies the potential for a final, euphoric surge to what’s often been described as the “most hated” bull market in stock-market history, has been regularly predicted ever since the 2013 “taper tantrum” that drove a temporary spike in Treasury and other bond yields. Indeed, such predictions are now usually met with derision, acknowledged Julian Emanuel, chief equity and derivatives strategist at BTIG, in a Wednesday note.
/jlne.ws/36liC4p

The Odds of a U.S. War in the Middle East Are Rising. What Investors Should Do.
Steven M. Sears – Barron’s
President Donald Trump is seemingly threatening a full-scale war with Iran after the U.S. killed a top Iranian general in Baghdad, and this is creating volatility fissures in the global market. Investors are trying to determine if the attack is a precursor to World War III, or just one of many dramatic events that are ultimately best handled by buying the dip and preparing for markets to head ever higher. Trump recently tweeted that “Iran never won a war, but never lost a negotiation!” World War III is a trending topic on Twitter.
/jlne.ws/2ZSmdEW