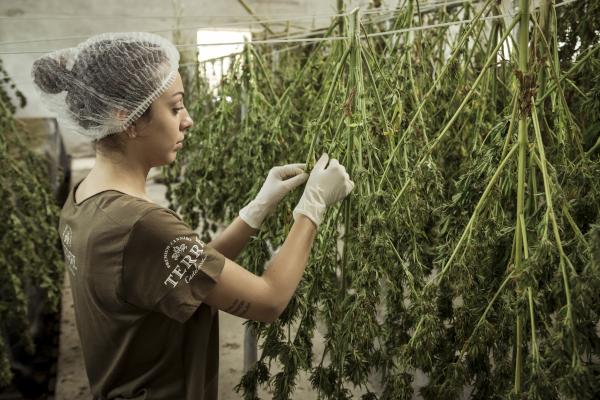 Lawsuits related to stalled cannabis licenses are piling up in Illinois, with the latest suit filed Monday by the Illinois Craft Cannabis Association v. Gov. J.B. Pritzker, the State of Illinois and the Illinois Department of Agriculture. It is an attempt to force the state to issue overdue craft licenses and provide relief to craft cannabis grower, infuser and transporter applicants.

In a statement released Tuesday, the nonprofit ICCA said it met with state officials last week before filing the lawsuit, but the group was unable to determine when the state planned to issue licenses or if it would provide relief to applicants.

The craft licenses were expected to be issued July 1, 2020 by the Illinois Department of Agriculture, but on June 29 Gov. Pritzker issued an executive order that indefinitely suspended the deadline for awarding craft licenses, citing emergency actions related to the outbreak of COVID-19 and subsequent measures taken to address the outbreak of the virus.

Attorneys for ICCA argue that craft grower, infuser and transporting licenses were mandated to be scored and awarded to applicants by July 1, according to the Illinois Cannabis Regulation and Tax Act, and an alternate end-date for their issuance should be set.

“A conservative estimate of the total unexpected cost for the 455 craft grower applicants and 115 Infuser applicants due to the suspension is $5 million monthly, or $20 million as of this filing,” the lawsuit stated. “This includes costs to extend leases and purchase contracts approximately four months, to at least November 1, 2020, based upon a survey of plaintiff’s members.”

The lawsuit asked for immediate issuance of craft grower, infuser and transportation licenses with scoring, scoresheets and the threshold for awards.  In addition, ICCA asked for “uniform relief for qualified applicants that have, or are at risk of, losing their property, zoning and staff.”

A representative from the Illinois Department of Agriculture did not return JLN’s request for comment on the lawsuit.

In addition to mounting costs for the applicants, the loss of potential revenue is at the heart of the issue. The ICCA estimated the state’s delays mean prospective craft grower, infuser and transporter licensees will lose approximately $40 million in revenue for each month of delay, or an estimated $120 million since July 1, 2020. Meanwhile, Illinois also will lose tax revenue during the delay, the ICCA noted.

The Illinois Department of Revenue said Tuesday it has collected more than $100 million in tax revenue connected to adult-use cannabis sales since the legalization of adult-use cannabis on January 1, 2020. IDOR said the state took in $69.7 million through the Cannabis Regulation Fund, and $36.1 million from state and local sales taxes during the eight-month period ending in August.

Sales of cannabis products in Illinois have consistently climbed every month since January 1, reaching a total of more than $67 million for the month of September, according to data from the Illinois Department of Financial and Professional Regulation.

The progress of the craft license awards has been overshadowed until now by a separate controversy and snarl of lawsuits surrounding Illinois’ social equity dispensary license applications. Those 75 licenses eventually will be issued by the IDFPR.

Several groups of applicants who were shut out of a planned September lottery for the social equity licenses filed suit, charging that some applicants were notified of deficiencies in their applications and were allowed to correct them, while others didn’t know they missed points until after 21 top-scoring finalists were announced on September 3.

In response, Gov. Pritzker agreed to a procedure where applicants would receive supplementary deficiency notices and the opportunity to submit amended applications for rescoring, giving them a second chance at the lottery. Lawsuits by the spurned applicants were then dropped, although the final dates for the application rescoring and lottery tol complete the social equity round have not been announced.

Meanwhile, some of the 21 finalists who qualified in September for the lottery filed a second wave of lawsuits last week v. the governor and officials from the IDFPR, arguing the state should go ahead with the dispensary license awards as planned without giving other applicants a second chance.

The lawsuits included a petition filed on October 4 with the Illinois Supreme Court on behalf of three businesses who received perfect scores on their social equity license applications but are still waiting for the lottery — SB IL LLC, Vertical Management LLC and GRI Holdings LLC.