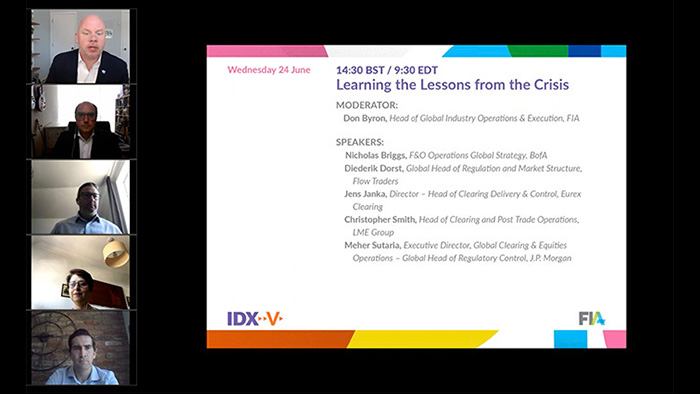 At the end of the IDX-V session on the lessons learned Wednesday, just after Chris Smith from LME mentioned the importance of infrastructure for working from home, my internet failed.

FIA’s Don Byron, who moderated the panel, had mentioned how when the movie Frozen II came out, the telecom companies mentioned it had slowed down the internet globally, as well as the last mile.

And then it happened again, my internet failed, but then I finally had Don Byron on the screen again after the panel had ended. Then my I-Watch displayed news that former US National Security Adviser Michael Flynn’s charges had been dropped by the US court of appeals, which for some may have sent a chill through their sense of justice.

The panel discussed how margins with give-ups and their processing time were an issue for FCMs because surges in trading volumes happen at all different times of the day. Sometimes clearinghouses issued extensions to allow more time to process trades, including give-ups, but there was limited time to do this. And there were pressures on both sides, some firms wanting more time and others not wanting extensions granted.

Transparency around margin calls from the clearinghouses was also an issue during the crisis, which was complicated by the compressed time frames to respond. Sometimes give-up trades could lead to being double margined for certain trades that spanned the end of clearinghouse collections and new trading sessions, Meher Sutaria of JP Morgan said.

In general the panelists agreed that communications in the industry went well during the stressful times, but Jens Janka from Eurex said communications could still be improved.

Chris Smith of LME said a unique challenge for the London Metal Exchange was that their back up plan for open outcry trading was to have a disaster site that continued to trade person to person via open outcry. They had to swap out disaster scenarios and move backup trading to electronic.

With 98 percent of the LME staff working from home, there was some difficulty in making sure that people who needed to get to the office to ensure operations ran smoothly could do so. In the US, Walt Lukken had to write letters to the mayor of Chicago and the governor of Illinois to make sure that certain exchange operations staff were listed as “essential workers.”

It was generally agreed that working from home works; however, it is the team building and familiarity of being in the office that allows that, Janka said.

He also said that business continuity should be a collaborative process for the industry and not a competitive process.

Janka also said that the lessons learned should be what went well, not just which needs improvement. The industry, he said, had worked on backup plans because of regulatory requirements to plan for disruption, which prepared them well for the pandemic.

Lastly, there was agreement that people were the strongest link in the entire system and employees performed well, even working until two in the morning for days, weeks and even months to make sure things worked properly. 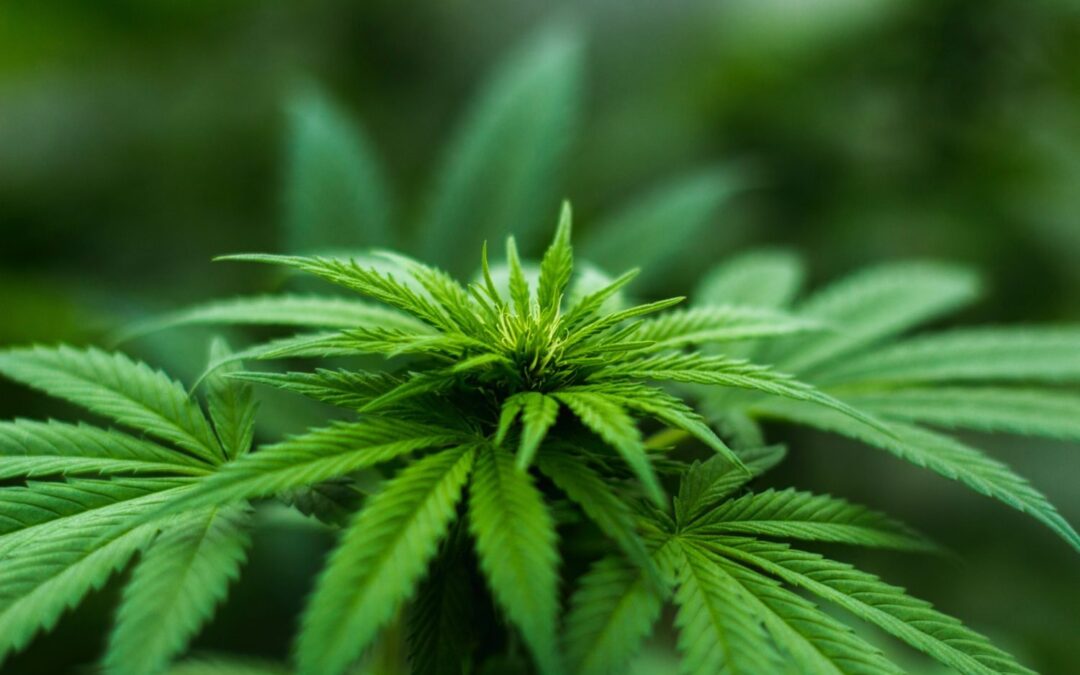