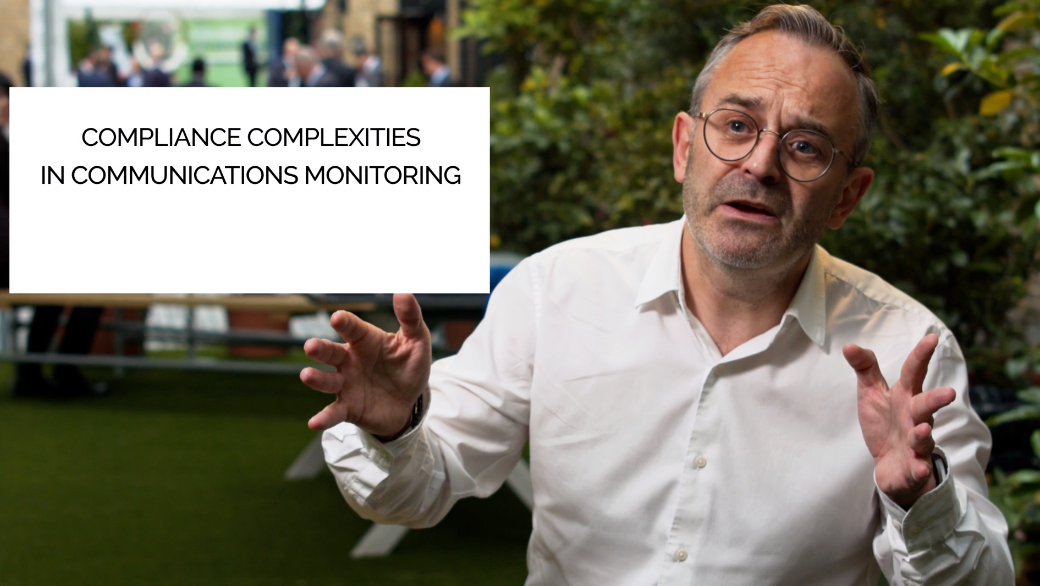 Compliance Complexities in Communications Monitoring
JohnLothianNews.com
While Google Assistant, Siri and Amazon Alexa might make natural language processing seem perfectly ready for widespread, plug-and-play adoption, those offerings are for general use cases. Voice technology when it comes to monitoring and surveillance trading communications is a far different, more nuanced matter. In this video, Tony Foreman, a former pit trader and now head of sales for Fonetic, talks about the difficulties presented by trading environments and lingo. (Not every “pack” mentioned by a trader is a reference to eurodollars, after all. Maybe someone was just readying for a cigarette break.)
Watch the video »

****SD: Check this out: “[The widening of the Dec 20/Mar 21 Euribor spread] caused havoc with several strategies with the Fly of Flys (the strategy in which a trader sells the 1st butterfly spread, buys the middle butterfly and sells the 3rd) moving 500 basis points without a move in the yield curve.”

****SD: MIAX’s activities so far in the past year include launching the industry’s newest options exchange, planning an equities exchange, launching SPIKES options and planning for SPIKES futures.

Is Higher Volatility Making a Comeback?
Erik Norland – CME Group
-Long dormant volatility begins to stir anew across several asset classes
-Copper still undecided even as gold, silver implied volatility heads higher
-Fed’s serial rate hikes could be the cause if volatility returns in a big way
Occasional brief spikes notwithstanding, volatility has been dormant across most asset classes (excluding energy) over the past eight years. Equities, fixed income products, currencies, metals and agricultural goods saw steep declines in implied volatility after 2010 and it has generally remained at exceptionally low levels for the past several years. In the past few months, however, there have been signs that implied volatility might be in the early stages of a transition to much higher levels in the coming months or years across a wide range of assets.
bit.ly/33KwxAp

The Variance Risk Premium is Pervasive
Larry Swedroe – AlphaArchitect
The variance risk premium (VRP) refers to the fact that, over time, the option-implied volatility has tended to exceed the realized volatility of the same underlying asset. This has created a profit opportunity for volatility sellers – those willing to write volatility insurance options, collect the premiums and bear the risk that realized volatility will increase by more than implied volatility. Because the equity VRP risk (specifically, when the sale of options performs poorly) tends to show up in bad times (when risky assets perform poorly), we should expect a significant premium, one that cannot be arbitraged away. On the other hand, price shocks happen at different times for different assets. For example, volatility in natural gas prices may be driven by weather, which is not correlated with equity risks. And volatility in agricultural prices may be driven by Midwestern floods like we experienced in May 2019.
bit.ly/31T2K6O

****SD: The research noted that “Selling volatility is profitable in virtually all markets nearly all the time, including the five-year period surrounding September 2008.” So, there potentially is such a thing as a free lunch, just with occasional periods where the food provided is an awful sandwich that would probably make you sick if eaten.

Blame the Computers for Last Week’s Market Wipeout
Chief Investment Officer
The algorithms did it. That’s the verdict of JP Morgan’s top trading strategist when describing last week’s volatility, with last Wednesday’s breathtaking 3% plummet in the S&P 500 as the centerpiece. It all seemed to confirm August’s reputation as the worst month for equities. “More than half of equity moves were driven by systematic rather than fundamental trading,” wrote Marko Kolanovic, the bank’s global head of macro quantitative and derivatives strategy, in a research note.
bit.ly/2TSSmcm

****SD: From the piece: “By [Kolanovic’s] estimate, the big downdraft’s primary fuel was $75 billion in computer-driven selling. Banks’ hedging and index options delta, where the underlying stocks also dragged down the options pricing, were two of the most salient forces, he indicated.”

The Truth Behind Plunging Bond Yields: Largest Convexity Hedging Flow Since 2008 And Retreating HFTs
The Heisenberg Report
Last week marked the culmination (so far) of a truly dramatic collapse in developed market bond yields. The frantic duration grab manifested itself in 10-year US yields diving below 1.50%, 30-year yields pushing below 2% for the first time, ultra futures trading limit-up in extended hours action Wednesday morning and, of course, the 2s10s inverting that same day, much to the chagrin of equities and a frustrated US president.
bit.ly/33Ou2Nc

Volatility Bogeyman Seen Lying in Wait With Event Risk Looming
Joanna Ossinger – Bloomberg (SUBSCRIPTION)
Tallbacken sees swings fueled by almost any Fed rate scenario; BofAML says options are underpricing a variety of risks
The decline in equity volatility from its early August highs looks overdone given the number of risk events that lie ahead, according to market participants.
/bloom.bg/33HrjVQ

Inside Volatility Trading: August 20, 2019
Kevin Davitt – Cboe Blog
Ronald Reagan used to joke that if Trivial Pursuit were designed by economists, “it would have 100 questions and 3,000 answers.” In a similar vein, acerbic investors often point out that economists have “accurately predicted all 21 of the last 4 recessions.”
bit.ly/33ODjoF

Here Are the Key Wins for Wall Street in the Weakened Volcker Rule
Better Markets
Based on a quick reading of the new Volcker Rule, the FDIC fact sheet, Director Marty Gruenberg’s dissent, and comments made at the FDIC meeting, financial regulators handed Wall Street its biggest victory since the 2008 financial crisis. In addition to not finalizing the Fair Value Accounting Test – which was vehemently opposed by Wall Street– the new rule delivers the following wins for Wall Street’s biggest banks
bit.ly/33QTD8s

SEC Rule 606 Endgame: The Guidance Is Out
Chris Montagnino, Jordan & Jordan – Tabb Forum
The SEC finally released guidance on Rule 606 to assist broker-dealers and the industry with implementation of the new routing disclosure requirements that are scheduled to go into effect on Oct. 1, 2019. Jordan & Jordan’s Chris Montagnino breaks down the detailed questions and responses into a five-minute read with a consolidated synopsis of the most salient aspects of the guidance and the new rules’ potential impact.
bit.ly/33T3FWL

The Big Interview: Rob Mackay; Rob Mackay, CEO of Itiviti, talks to The TRADE about last year’s merger with Ullink, the firm’s ongoing work with Bloomberg, and why the enterprise vendor space is failing on legacy technology.
John Brazier – The Trade
How have the initial months at the helm of Itiviti been for you and what have been your first priorities during your first few months in charge?
bit.ly/2NsSmhQ

Rip-roaring bond rally revives talk of ‘widow-maker’ trade; Shorting debt is back on the agenda as investors bet global growth fears are overdone
Robin Wigglesworth, Laurence Fletcher and Colby Smith – Financial Times (SUBSCRIPTION)
Every investor has one trade that they rue more than any other. The most famous “widow-maker” trade in financial markets ó one that has frustrated generations of money managers ó is betting against Japanese government bonds. Yields have sagged to eye-popping lows for the past three decades, even as government debts have risen, repeatedly tempting traders into “shorting” Japanese debt. Yet time and time again yields have only dipped lower, inflicting painful losses on successive generations of money managers.
/on.ft.com/2NlMU0k

Risk Parity + Trend Following = ?
RCM Alternatives Blog
Bridgewater & Associates is commonly known as the world’s largest hedge fund, with more than $140 Billion in assets under management and close to 1,500 employees. Its founder Ray Dalio is about as eccentric as you would expect from the founder of the world’s largest hedge fund – penning his own manifesto, and installing a work culture where employees watch recordings of each other’s meetings in an effort to have “radical transparency”. But behind all these billions and quirky management techniques is actually a pretty simple investment concept known as risk parity. A strategy a 2015 Financial Times article estimated has upwards of $400 Billion of assets using it.
bit.ly/33OvYoW

Russell Rhoads’ Derivatives Look Forward: Benchmark Replacement Scrum Heats Up (VIDEO)
Russell Rhoads, TABB Group
LIBOR’s days are numbered, but in the first quarter of 2019, only 2.5% of over-the-counter interest rate derivatives were based on any of the LIBOR replacements, reports TABB Group head of derivatives research Russell Rhoads.
bit.ly/33PnKgs

Hedge Fund Traders Get Better in Existential Panics, Study Says
Elena Popina – Bloomberg (SUBSCRIPTION)
Sometimes it takes a crisis to bring out your best.
True in politics and marriage, and also, according to a new study, in active fund management. University of Manchester researchers Xinyu Cui and Olga Kolokolova found that during times of outflows, highly paid traders exhibit above-average stock-picking skills. Their paper is called “Do Hedge Fund Managers Work Harder Under Pressure?”
/bloom.bg/31NJ3Nw 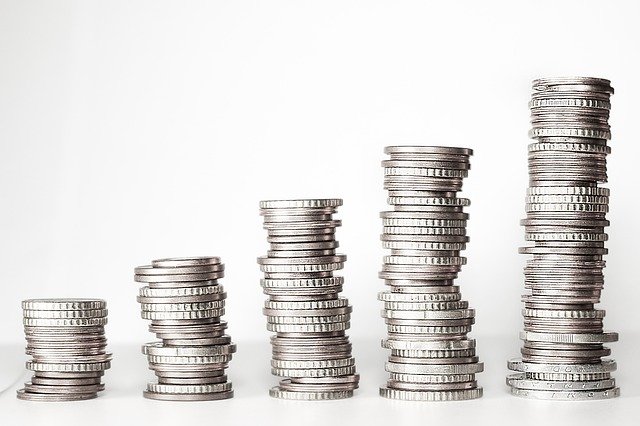