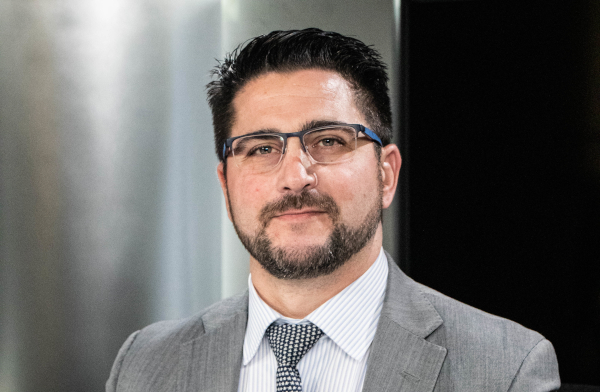 After a prolonged drive to be the fastest to execute trades, more exchange operators are experimenting with speed bumps, or fractional delays in orders to trade stocks, as a new way to bolster liquidity.

In June 2019, Cboe Global Markets announced plans to introduce a new Liquidity Provider Protection feature on one of its four exchange platforms, the Cboe EDGA Equities Exchange. The Securities and Exchange Commission is expected to decide on Cboe’s proposal by March of 2020.

The proposed feature, Cboe said, is designed to enable liquidity providers to take larger size and quote tighter spreads by giving them sufficient time to reprice resting orders before opportunistic traders can trade with them at stale prices.

“Exchanges have spent a long time innovating on speed, but getting faster is harder. At today’s speed, getting faster is much more complex,” said Larry Tabb, founder and research chairman at TABB Group, explaining the trend. “A speed bump is a form of incentive to trade,” Tabb said. “It allows the liquidity provider to move out of the way when the market adversely moves.”

Adam Inzirillo (pictured above), senior vice president, head of U.S. Equities at Cboe Global Markets, said, “In our industry, discussion and dialogue about a race to zero [execution time] has been a market centerpiece.

“The goal [now] is to be the fastest to provide liquidity, and to allow risk books to grow,” he said.

The move toward speed bumps began with IEX Group Inc., which launched an Alternative Trading System in 2013 and a national stock exchange for U.S. equities in 2016. IEX was pushed into the national spotlight by the Michael Lewis book “Flash Boys,” as it differentiated itself by implanting speed bumps to offset high-speed traders’ advantage in executing trades over slower investors.

Other exchanges followed with speed bump mechanisms over the last several years, including the Canadian exchange TMX Alpha Exchange; NYSE American; Nasdaq, which introduced its Midpoint Extended Life Order (M-ELO) in 2017; and the Intercontinental Exchange, which won CFTC approval in May 2019 for a plan to impose a 3-millisecond trading delay on gold and silver contracts.

IEX also submitted a proposal to the SEC on December 17 for a D-Limit order type that reprices the order when the IEX Signal predicts that the quote is unstable (i.e., the quote is crumbling and the price is likely to change adversely). That proposal is pending.

Cboe’s proposed EDGA speed bump is different in a couple of ways. It lasts 4 milliseconds, about 10 times longer than the IEX’s and NYSE American’s existing speed bumps, which are 350 microseconds.

Also, the IEX and NYSE American speed bumps are double sided, impacting both liquidity providing and liquidity taking orders, whereas the Cboe LPP is asymmetrical, applicable only to liquidity taking.

The fact that EDGA prices are displayed is also a critical point given current competition for orders. The transparency is in sharp contrast to dark pools. “As much as 47% of total consolidated volume in U.S. equities is executed today on off-exchange venues,” Inzirillo noted.

In an October 2019 academic study of asymmetric speed bumps, Markus Baldauf, an assistant professor of finance at the University of British Columbia, and Joshua Mollner, assistant professor of managerial economics at Northwestern University, found that although faster speeds are often associated with smaller spreads, they may also lead to less informative prices.

“Despite evidence that faster speeds accelerate the speed at which available information is worked into prices, recent empirical research has highlighted that faster speeds might reduce the amount of information that becomes available in the first place,” they wrote in the article “High-Frequency Trading and Market Performance,” which is forthcoming in the Journal of Finance.

Just how fast is fast? Baldauf and Mollner report that the median latency at the NYSE is 26 microseconds, and 65 microseconds is at the 99th percentile, for example.

But the Cboe’s proposal has had mixed reviews. Several comment letters sent to the SEC in recent months voiced concern that the EDGA delay mechanism may create an uneven playing field or be discriminatory.

Citadel Securities, for example, took particular issue in a July 2019 comment letter with the fact that an asymmetric delay will only slow down certain orders and exchange participants (i.e., liquidity takers and not liquidity providers), calling the mechanism “discriminatory treatment” and “unfair.”

Rick Fleming, an investor advocate with the SEC, recommended the commission disapprove the rule proposal. In a memo filed December 13, Fleming stated, “EDGA’s asymmetric speed bump, as proposed, intentionally discriminates in favor of one category of liquidity providers: those capable of modifying their quotations on EDGA within four milliseconds following a change in price.”

“Investors lacking the ability to cancel or modify their orders within 4 milliseconds would face the risk of adverse selection when their limit orders are also at the best bid or offer on EDGA,” Fleming said.

In an interview, Inzirillo countered that Cboe’s speed bump is not restricted to any one market participant or type. It’s available to all liquidity providers, not just market makers, and has precedence among other exchanges.

“This is something IEX and Nasdaq have already implemented, as have some broker-dealers, “ Inzirillo said. “A number of brokers already have employed delays, or have amended policies, procedures and technologies, to adapt to delays.“

The point of the Cboe proposal, Inzirillo said, is to improve market quality for those who trade on EDGA by mitigating the impact of geographic latencies in trading — or the difference in latency between high-speed microwave connections and traditional fiber connections between the Chicago and New York financial centers — and limit potential reversion for those willing to enhance the quote through tighter spreads and greater displayed order size.

Passive-side order anticipation occurs whenever a high-frequency liquidity provider, responding to a quote mispricing signal, cancels or updates the price of a quote in the instants before that quote would have been traded against. This lets the liquidity provider avoid trades that would prove costly–trades in which she would be selling at prices that are “too low” or buying at prices that are “too high.”

In a comment letter to the SEC, Baldauf and Mollner voiced their support for the Cboe proposal because it strives to eliminate “‘latency arbitrage’ situations in which a trader, reacting to order flow or public news, trades against a quote in the instants before it would have been canceled.”

In an interview, Mollner said the Cboe speed-bump proposal did not strike him as unfair because the delay would be imposed by order type, not identity.

Ironically, the direct beneficiaries of the Cboe speed bump are expected to be high-frequency liquidity providers, Mollner said. But he added they will not be the ultimate beneficiaries. “Although high-frequency liquidity providers will face better conditions because of the speed bump, competition among them will likely lead them to quote tighter and deeper markets, thereby passing some or all of the benefits on to other traders.”

“Asymmetric speed bumps change the rules of the game in a small, surgical way,” said Baldauf and Mollner. “Nevertheless, even tiny speed bumps could have a big impact, allowing us to harness even more of the benefits of well-functioning markets without disrupting the status quo.”