Moves in the Fear Gauge Look Good for U.S. Stocks, Sundial Says; High volatility is here to stay in 2020 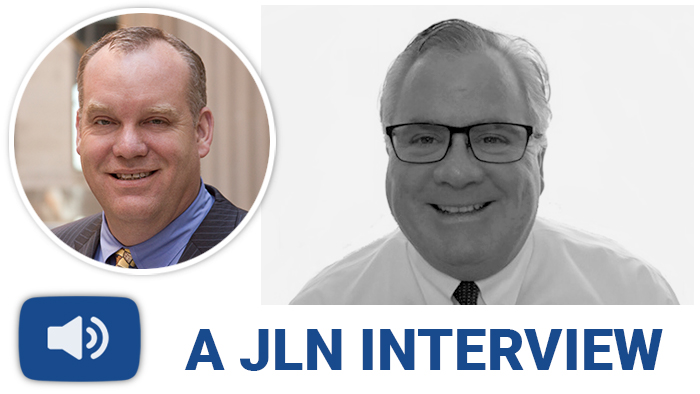 Listen to this interview »

Moves in the Fear Gauge Look Good for U.S. Stocks, Sundial Says
Joanna Ossinger – Bloomberg
The moves in the Cboe Volatility Index are looking positive for U.S. stocks right now, according to Sundial Capital Research Inc.
On Friday, the S&P 500 fell 2.4%, but the VIX rose only 7.8%, a relatively small gain in the volatility gauge given the outsized move in stocks. When the S&P first starts to drop, even a decline of 1.5% or so can lead to a jump of 20% or more in the VIX, Sundial’s Jason Goepfert wrote in a note June 27, citing his colleague Troy Bombardia. As corrections or bear markets continue, large tumbles in the equity gauge elicit relatively smaller increases in the VIX, he said.
/bloom.bg/31qkIQS

High volatility is here to stay in 2020. Goldman names 31 stocks to deliver the best returns amid the turbulence
Callum Keown – MarketWatch
The grim milestones of 10 million global coronavirus cases and more than 500,000 deaths, along with spikes in a number of U.S. states, haven’t deterred investors on Monday.
U.S. stocks climbed in early trading, despite more indications a second wave may be around the corner. The Dow Jones Industrial Average rose 1.7%, or 419 points, led by a rally in Boeing stock after reports U.S. regulators are set to begin flight tests of the grounded 737 MAX. Pending home sales in May spiked 44.3%, beating expectations and boosting hope of an economic recovery.
/on.mktw.net/2NFSB8g

Volatility Is the Only Sure Thing in Stocks These Days
Lu Wang – Bloomberg
The emotional cost of holding stocks is rising again. Gut-check days are piling up, even in a market that is about to end June roughly where it began. Add two more selloffs this week — $800 billion tumbles on Wednesday and Friday that brought the number of days the S&P 500 has swung 2% or more this year to 38, on pace for the most since 1933.
/bloom.bg/2AdfoFm

Funds boost bullish soy bets but shun corn and wheat
Karen Braun – Reuters
Speculators continued buying Chicago-traded soybeans last week on improved prospects for U.S. trade with China, though benign U.S. weather forecasts turned them back into corn sellers after a brief round of short covering in the previous week. In the week ended June 23, money managers increased their net short position in CBOT corn futures and options to 277,479 contracts from 270,751 a week earlier, according to data from the U.S. Commodity Futures Trading Commission.
/reut.rs/2YInIGD

How is the Bitcoin market reacting to its biggest expiry
Aakash Athawasya – AMB Crypto
It’s safe to say 2020 has not gone the way most people thought it would. Bitcoin was lauded to surpass every expectation following it halving in May. With the path towards its halving littered in quantitative easing and fiscal stimulus, the cryptocurrency’s prospects were further bolstered, but now it looks bleak. After trading in sideways for almost two months, Bitcoin has dipped below $9,000.
/bit.ly/2YLlZ3v

DeFi Platform Opyn Launches Put Options on Compound Token
Omkar Godbole – Coindesk
Decentralized finance (DeFi) protocol Compound saw its governance token, COMP, skyrocket in price when it launched last week. Now, decentralized options marketplace Opyn has launched put options on COMP that will provide a safety net of sorts by helping holders mitigate some of the risk should COMP’s fortunes take a turn for the worse in the next few days.
/bit.ly/2Bo42ii

CME Group and Mayor Lightfoot Award Scholarships to City Colleges of Chicago Star Scholars Transferring to Four-Year Colleges & Universities
CME Group (press release)
Mayor Lori E. Lightfoot joins CME Group, the world’s leading and most diverse derivatives marketplace, in recognizing 25 City Colleges of Chicago graduates who will receive scholarships from the company to continue their education at a four-year college or university. The winners recently graduated from Chicago’s community college system with an associate degree, having earned it debt free as recipients of the Chicago Star Scholarship. Each student will receive an additional $5,000 scholarship over two years from CME Group to support completion of their bachelor’s degree, creating more opportunities for students with diverse economic backgrounds to pursue their higher education goals.
/bit.ly/2YImsDv

Forecasting The Options Volatility Surface
ORATS Blog
Making a forecast for each option can provide a guide on what to trade: What is overvalued and what is undervalued.
/bit.ly/3dJyy3s

Phenomenon: On this Score, Robinhood Now Exceeds E*Trade, Others
Paul Rowady – TABB Forum
Robinhood makes its mark in options volume in the first quarter, and, according to Paul Rowady of Alphacution Research, just continues to amaze! “It is a mistake to look too far ahead. Only one link of the chain of destiny can be handled at a time.” – Winston Churchill
/bit.ly/2VtxeLP

The Stock Market Is Set for One of Its Best Quarters in Decades. Time to Prepare for the Worst.
Randall W. Forsyth – Barron’s
The bigger the drop, the bigger the pop, according to one market maxim. With the stock market rebounding from its first-quarter pandemic plunge with one of its best quarters in decades, that saying seems true. But, as another adage holds, the easy money has been made (although it sure hasn’t seemed easy). Through Thursday, the S&P 500 index had recovered 38% from its March 23 lows, while the Nasdaq Composite was up 46% and set a record this past week, and the Russell 2000 index of small-cap stocks had jumped 43%.
/bit.ly/2NGX22Q

“The Zebra Set UP” // tastyBeats June 22-26
Nick Battista – TastyTrade
The great thing about options is the flexibility we can get in regards to leverage. Synthetically, we can build options positions that will act like long stock positions while using less buying power. The ZEBRA strategy is an option trade that will get you that near 100 delta position for a fraction of the buying power in comparison to stock, while also holding less max risk. ZEBRA stands for “Zero Extrinsic Back-Ratio”. The set up consists of two ITM long options with one closer ATM short option, with the goal of selling enough extrinsic value in the short to offset the extrinsic value purchased in the long.
/bit.ly/2VuXm8X