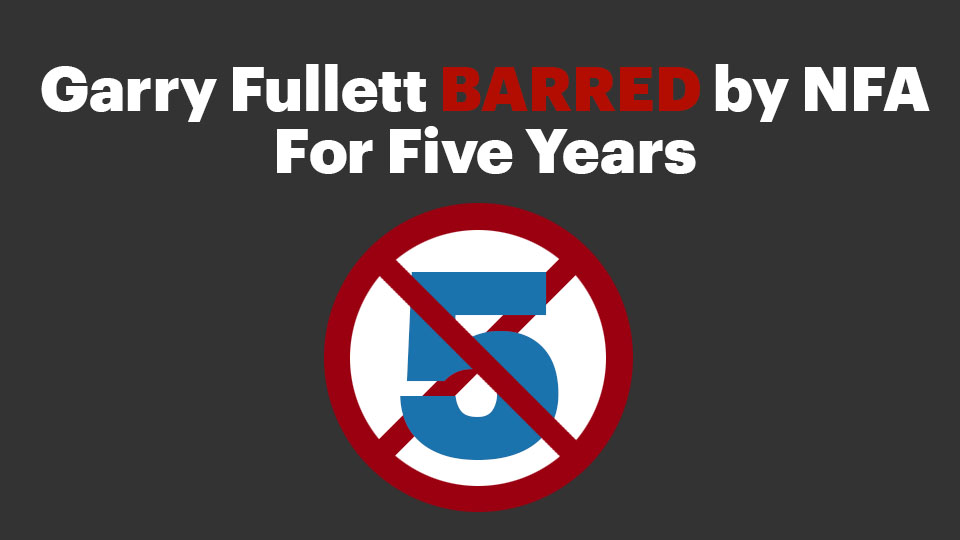 The National Futures Association has barred broker Gary Fullett from being an NFA member for five years and fined him $50,000 if he ever wants to come back, among other actions. This NFA Business Conduct Committee action is about twenty years too late. I am surprised he was not  barred from NFA membership for life years ago. He has been flouting NFA regulations for years. I am surprised it took the NFA this long to bring charges and adjudicate a bar-worthy case.

Fullett was a broker I first met on the Internet back in the 1990s. He frequented a Usenet discussion group, misc.invest.futures, where Jon Matte and I were active participants. Usenet was an early part of the internet that was later rolled up by a firm named Deja.com for whom Richard Gorelick was the general counsel. Matte, a start-up Introducing Broker clearing Alaron at the time, had been one of the early professional participants of misc.invest.futures.

Fullett and another broker whose name I have tried hard to forget regularly trolled the group for customers. It was his associate who was particularly egregious in his misinformation on how futures mechanics worked that drew me into conflict with them. Additionally, they did not conform to the then unwritten rules of the Internet (It had a capital I back then), which included no commercial activity. We have come a long way since then.

Fullett’s compatriot eventually went full nutso on me in this group in an anonymous attack using the identity cloaking technology of the day, which utterly destroyed the community there to this day. Yes, we were competing brokers. Yes, I can be irritating, especially when I am right about something. Yes, it was the days of the Wild West of the Internet, but it was easy to tell the good guys from the bad actors. But the lack of conformity to the protocols of the Internet was just a precursor for Fullett’s lack of adherence to the spirit or the rule of NFA regulations.

Just before the blow up on Usenet, and before I started this newsletter, information emerged from brokers in the know that the firm Fullett purported to own and run was really being run by a former colleague of his who had been barred at the time for one year by the NFA. Gary A. Bogo was a rather notorious breaker of rules from his days at First Commercial, where I first encountered him. He has been barred twice by the NFA for one-year terms, including about the time he was working with Fullett in the late 1990s.

I have seen Fullett for years on the Internet offering his Wyckoff Trading system and seminars. But the manner of trading the NFA found was nothing like Wyckoff. It was all plain and simple high commission to equity churning by selling out of the money options and using all the firepower in the accounts to margin the positions. Margin to equity ratios on a monthly basis were 50% in some cases.

There were many pretenders, charlatans and phonies hawking worthless trading systems on the Internet back in the 1990s. Fullett appears to have learned all the wrong lessons from them then and since.