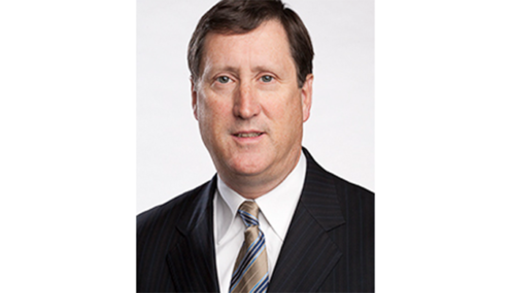 As expected, Day 2 of Coindesk’s Consensus conference lacked some of the energy and fireworks of the first day but it did manage to defy what seems to be a law of nature: fewer people in attendance at the second day of an industry event when compared to the first. In this case, Coindesk announced that total registration ticked up to over 8,500 and it was definitely harder to fight the lines for lunch on the second day compared to the first. Somehow I survived.

Beyond that, there was the expected slew of mostly underwhelming corporate enterprise announcements, some insights from other panels, and one blockbuster investment partnership to finish off the day like the cherry on top of a sundae. Read on to find out more.

Corporate America took over the morning session and it was, for the most part, exactly what you would expect at this point in the evolutionary history of blockchain: loads of marketing speak about enterprise worthy efforts to transform either this or that. IBM made a good go of it by bringing their partners Veridium and Global Citizen to the stage to highlight the ways that they are trying to make the world a better place. Veridium intends to use blockchain to create a program to digitize carbon credits and offsets while Global Citizen announced the “Challenge Accepted: Blockchain for Good” developer challenge. It’s open to all and details can be found on the IBM website. In both cases, the efforts are aspirational and even inspirational but they are not operational.

The next announcement came from ConsenSys and their Kaleido effort, which was described as a SaaS platform for private chains that makes blockchain for enterprise radically simple. Part of the buzz for the announcement was the participation from AWS to support the effort, and Kaleido highlighted a worthy project that they are undertaking with Union Bank of the Philippines to connect 5 rural banks to bring financial services to the underbanked in that country. I was going to reach for the easy snarky comment that all Kaleido is missing is scope (kaleidoscope, get it?) but that’s not true; it has plenty of scope but, like most everything in enterprise blockchain, what it lacks is results. All in all, however, the Kaleido project had significantly more heft and detail than clovyr, the project that was announced and derided by some the previous day. Both have similar aims and address the big issue in corporate blockchain: a lack of measurable results. Time will tell which, if any, of these efforts bear fruit.

Traders: they get the job done

Perhaps I’m biased after years of exposure to the trading culture in Chicago, but the panel on “The Global, Never-Ending Trading Day” provided some nuggets of insight. Moderated by Brian Kelly of BKCM and featuring Bobby Cho from Cumberland Mining, Michael Moro of Genesis Global Trading, and Omniex’s Hu Liang, the panel discussed real-world developments that might well reflect where cryptocurrencies are heading. For instance, in a discussion on stable coins, a cryptocurrency that is pegged to something that has value like the U.S. dollar, Cho agreed that they can be useful but that they will not, by definition, ever gain in liquidity, and Moro said the world doesn’t need 20 stable coins, which is the way things seem to be headed at this time. Liang, whose Omniex is close to launching, talked about the challenges of operating 24/6.5; Cho opined that crypto-to-crypto trading, as opposed to crypto-to-fiat, will soon be the dominant form of trading; and Kelly noted with what seemed to be approval that the audience at Consensus has evolved from all hoodies to a predominance of t-shirts worn over suit jackets. The times they are a’ changin.

Announcements to end the day

The day ended with a series of three announcements that were like Russian nesting dolls, each one smaller than the one before it. In reverse order, Liana Douillet Guzman of Blockchain, a wallet company with 24 million users, announced the hiring of a new head of research, Yoni Assia from Etoro, the world’s largest trading network (10 million users in 140 countries) that you’ve probably never heard of.  Etoro also announced that they will soon expand into the U.S.  As the piece de resistance Jeremy Allaire and Sean Neville of Circle announced an investment from Bitmain, the somewhat controversial maker of crypto mining hardware, as well as the launch of a USD stable coin. The investment from Bitmain gives Circle, which also has the backing of Goldman Sachs, a valuation of over $3 billion, and the creation of a dollar stable coin puts them squarely in the middle of a debate in which some parties take the position that a stable coin isn’t really a cryptocurrency at all and others say, “Yeah, but the market needs it.” No matter how that works out, the investment proves that there’s lots of growth in deals in the crypto space and money to be made. Lots of money.

The third and final day for Consensus is Wednesday. Look for a recap and final thoughts in the Monday edition of the newsletter.