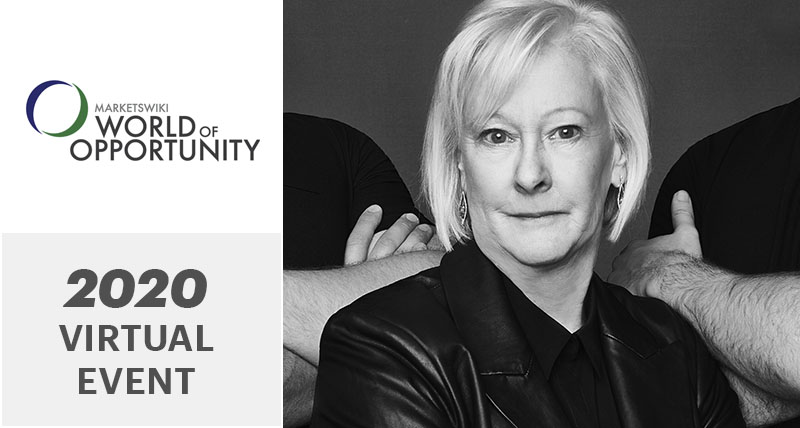 The MarketsWiki Education 2020 virtual program concluded with John Lothian’s interview of Eileen Flaherty. Among other accomplishments, Flaherty has written a novel called The Perilous Step, about an attorney.  As Flaherty avows, the soon to be published book is fiction, clear proof of which is the depiction of the protagonist on the cover not wearing pink. It is only on the mythical frozen day in hell when Flaherty would be seen in public not wearing pink. Therefore, the protagonist cannot be Flaherty.

In an entertaining and fast moving discussion, Flaherty talked about her career as a financial services attorney, often operating at the top of the industry. Although she is quite familiar to many in the futures industry, she also served for several years as general counsel to a boutique government securities dealer.

Flaherty’s introduction to futures came as a staff attorney for the National Futures Association before she landed at the CME. As she told the interns, she was ready for opportunity when she was assigned to work with Globex in its infancy. Her experience at Globex taught her to work the 60-hour week when it was called for and to use criticism to become better at her job.

Serving as general counsel for five different companies and working as chief compliance officer for a handful of others set Flaherty up to work for the CFTC as a division director for a couple of years as the agency implemented the Dodd-Frank Act. That posting took her to Washington, DC but before that she worked in Paris, Singapore, Sydney and New York.

Having recently finished writing her first novel, Flaherty is writing again. This time the story is about an Englewood, Chicago, athletic coach who is working to help some of the least advantaged youth on the South Side of Chicago to stay safe. Flaherty got to know the program through her nephews who excelled at athletics with the coach’s help. That book, which is sure to be fascinating, is at least a year away.

Flaherty closed out the interview by sharing her career secrets with the interns. She told them to focus on their progression in jobs, to want to move up. She also admonished them not to settle for poor conditions in their jobs and warned them to make sure that they maintained good reputations.