NYSE Euronext pairs up with Brazil’s ATG to create a new trading platform for Brazilian stocks. IntercontinentalExchange says they expect more and more traders will begin to use energy futures rather than swaps, as the regulatory landscape continues to shift. In the wake of Hurricane Sandy, CME Group elects to delay the launch of their new deliverable swap futures product until early December.

NYSE Euronext benefits from cost-cutting
Philip Stafford – FT.com
NYSE Euronext, the exchanges operator, reported better than expected third-quarter results on Tuesday after deepening a cost-cutting programme. The group said earnings had been hit by lower average daily volumes in its derivatives business, and by tough comparative figures from a year ago when markets were roiled by concerns about European and US sovereign debt.
jlne.ws/YQGvZd

Stock exchange: JSE plan viewed with caution
Andrew England and William Wallis – FT.com
The Johannesburg Stock Exchange stands out in Africa as by far the continent’s largest, most liquid and best regulated market and in recent years it has sought to use its status to reach beyond its borders. But its ambitions have, so far, gone largely unfulfilled as, like other South African organisations, it has come up against fears about the country’s dominance, national interest and the underdeveloped nature of fellow African markets.
jlne.ws/YQGvZh

Greg Coffey – behind the curtain
Harriet Agnew – Financial News
Considered one of the finest traders of his generation by some, dismissed as a ‘bull in a bull market’ by others, few in the hedge fund industry divide opinion like the ‘Wizard of Oz’, writes Harriet Agnew.
jlne.ws/YQGtAH

**** What would journalists do without cliches?

The Best Route to Play Commodities?
LIAM PLEVEN – WSJ.com
It used to be that most individual investors seeking to bet on commodities faced a stark choice: buy shares in companies that produce raw materials, or drill for oil near the bullion buried in the backyard.
jlne.ws/YQGtQY

**** Gentlemen do not play commodities, they speculate.

War of words erupts among rating agencies
Stephen Foley in New York – FT.com
Jules Kroll leaned over the table and slapped down two documents, side by side. “This one is our report on the deal,” he says, pointing to the (much) thicker of the two. “This little doily underneath is the DBRS report.”
jlne.ws/YQGwfB

The Dollar Is Still King, For Now
FRANCESCO GUERRERA – WSJ.com
Take a sputtering U.S. economic recovery. Add in one of the closest presidential elections in history. Top it with a natural disaster that exposes the woefully inadequate state of infrastructure in some of the country’s richest parts. The question is natural: Where is the U.S. heading? Back to its heyday of financial and political prominence as Barack Obama and Mitt Romney promise? Or toward a slow but inexorable decline, as some economic figures and the effects of superstorm Sandy might suggest?
jlne.ws/YQGwfD

Major Exchanges Running on Regular Power Again
Telis Demos – WSJ
After spending nearly a week running on diesel-powered generators, some of the major data centers that power U.S. stock trading are getting back on the main juice.
jlne.ws/YQGxAf

**** There is always a little juice in the markets.

CME Delays Launch of Deliverable Swap Futures Until Dec. 3
Katy Burne – Dow Jones
CME Group told customers Monday it is postponing a rollout of a new kind of interest-rate futures contract due to the disruption from Hurricane Sandy. A spokesman for the Chicago exchange operator said “As a result of the storm on the U.S. East Coast and its significant impact on our customers, we are delaying the launch,” noting it would be put back from mid-November until Dec. 3. “This move is designed to give our market participants additional time to prepare for the launch,” he added.
jlne.ws/YQGww7

S&P faces class action lawsuit over CPDOs
Neil Hume in Sydney – FT.com
Standard & Poor’s faces the prospect of further legal action in the Australian courts over the rating of risky structured products after a litigation specialist said it would back a class action lawsuit.
jlne.ws/YQGwwd

European and U.S. Officials Said to Meet Privately on Swaps
By Silla Brush – Bloomberg
European and U.S. officials are meeting privately in Washington this week to discuss ways to coordinate rules governing swaps traded by Goldman Sachs Group Inc., JPMorgan Chase & Co. and other firms, according to two people with knowledge of the matter.
jlne.ws/YQGuED

Biggest banks given extra time on reform
Brooke Masters in London – FT.com
Global financial reform efforts are falling behind schedule, regulators have conceded. They are giving the biggest banks extra time to write so-called “living wills” and acknowledge that fewer than one-third of the big financial centres will have Basel III rules in place on time.
jlne.ws/YQGwMH

Financial Stability Board Reports To G20 On Progress Of Financial Regulatory Reforms
jlne.ws/YQGxjC

ICE’s Plans to Clear Sovereign CDS Draw Scrutiny
Katy Burne and Jacob Bunge
IntercontinentalExchange Inc. (ICE) said Monday it is close to gaining approval to clear credit derivatives tied to European government debt, but critics warned the plan may not fully protect the market in a crisis. On an earnings call Monday, ICE Chief Financial Officer Scott Hill said the company expects approval from the Securities and Exchange Commission in the “not too distant future” to clear European sovereign credit default swaps, which act like insurance against a borrower failing to meet its debt obligations. ICE’s European subsidiary already has permission from the U.K.’s Financial Services Authority.

Partners’ founders put more skin in the game
Paul Hodkinson – Financial News
The founding executives of Partners Group are selling a roughly 6% stake in the Swiss fund of funds manager in a bid to raise additional money for investment alongside the group’s existing investor base. The move comes as private equity firms face pressure to increase the amount of money they co-invest.
jlne.ws/YQGyUV

Monday’s Bond Sales on Track for 2012 Record
Patrick McGee and Katy Burne – Dow Jones
Abbott Laboratories (ABT) unit AbbVie Inc. is selling the largest bond offering in more than three years Monday, in what could be the busiest day of 2012 for corporate-bond sales.
jlne.ws/YQGyUX

Stifel Financial and KBW Announce Strategic Merger
Marketwire via Yahoo! Finance
Stifel Financial Corp. and KBW, Inc. today announced that they have entered into a definitive merger agreement to create the premier middle-market investment bank with a specialized focus on the financial services industry.
jlne.ws/YQGzbl

Goldman Sachs names Mark Tucker to board
Associated Press via Yahoo! News
The Goldman Sachs Group Inc. said Monday that Mark Edward Tucker has been appointed to its board.
jlne.ws/YQGzrZ

Ex-Plymouth Argyle director sues Barclays
Richard Partington – Financial News
A former director of Plymouth Argyle Football Club is taking Barclays to court over what he has described as a “disastrous” pre-crisis investment.
jlne.ws/YQGzYM

LME Clear Appoints Chris Jones As Chief Risk Officer
The London Metal Exchange (LME) is pleased to announce that Chris Jones has been appointed as the chief risk officer for LME Clear, marking an important step in the LME’s self-clearing programme.
jlne.ws/YQGzZ5

Iris Weidinger And Steffen Koehler Become Members Of The ECC Management Board
Iris Weidinger and Steffen Köhler have now been appointed as members of the management board of European Commodity Clearing AG (ECC) following notification to the Federal Financial Supervisory Authority (BaFin). The appointments are in addition to their existing executive functions within European Energy Exchange AG (EEX). At its meeting on 11 October 2012, the Supervisory Board adopted this resolution regarding their appointment to the clearing house’s management board.
jlne.ws/YQGAfk

Not-Ready-for-Real-Time Players Handicap Themselves
Forbes
Three in five financial institutions cannot perform real-time reconciliation because they haven’t started working on it for any of their asset classes, according to a recent survey. And they don’t think they’ll be ready to start work on this regulation-essential project before the end of next year, stated the survey […]
jlne.ws/YQGAfp

ETFGI: October Net New Asset Flows Into ETFs And ETPs Globally Were US$13.5 Billion, Down From The Previous Month’s Total Of US$40 Billion In September As Investors Face Increasing Political, Economic, Fiscal And Superstorm Sandy Impact Uncertainty
jlne.ws/YQGC78

Instinet’s Newport Named Best EMS in AsianInvestor Awards
Instinet Incorporated, an independent, global agency-only broker* that will soon serve as the equity trading arm of the Nomura Group, today announced that its Newport EMS has been named “Best EMS” in the 2012 AsianInvestor Service Provider Awards.
jlne.ws/YQGAMo

Prosecution ends Adoboli cross-examination
Vivek Ahuja – Financial News
Kweku Adoboli, the former UBS trader standing trial over a $2.3bn trading loss, has told a court that the version of events he gave to representatives of the Swiss bank last September was “aimed at protecting other staff” from blame.
jlne.ws/YQGB2V

Former UBS Banker Bagios Said to Plan Guilty Plea
Bloomberg
Christos Bagios, a former banker at UBS AG and Credit Suisse Group AG arrested amid a U.S. crackdown on offshore tax evasion, is scheduled to plead guilty in federal court, according to a person familiar with the matter.
jlne.ws/YQGDb3

SunGard Identifies Ten Ways that the Dodd-Frank Act is Affecting the Energy Industry
Press Release
Sid Jacobson, partner in the energy and utilities consulting business of SunGard Global Services, said, “Swap market regulations like those found in the Dodd-Frank Act are expected to change the way the energy industry does business, especially in terms of transaction life cycle decisions, data and processes. Implementing straight-through processing and operational efficiencies in a holistic compliance program will help firms realize benefits such as reduced operating costs that will help offset the investment required in people, process and systems.”
jlne.ws/Tt7kNC

Netherlands Will Join Phase 3 Carbon Permit Sales on EEX
Bloomberg
European Energy Exchange AG will boost the number of European Union carbon permits for sale in November and December after the Netherlands joined the list of countries that will sell permits from Nov. 20.
jlne.ws/XeZTRb

Gas Flaring is Wasting Fuel and Fueling Climate Change
The Guardian
Gas flaring in 20 of the world’s leading oil-producing countries contributes as much to climate change as a major economy like Italy, new estimates show. While flaring has been cut by 30 percent since 2005, $50 billion worth of gas is still wasted annually, the World Bank said.
jlne.ws/PSw1Zc

Credit Suisse to Form Asset Manager Aventicum Capital With Qatar
Bloomberg
The venture, to be overseen by Credit Suisse Qatar head Aladdin Hangari, will operate out of two hubs including a Doha- based unit focusing on investments in the Middle East, Turkey and other frontier markets starting in early 2013, the bank said today in a statement.
jlne.ws/YQGEMa

Quote Of The Day From Credit Suisse: “US Stock Market More Reliable Despite Crashes”
Zero Hedge
Just in case anyone wanted to know what not to say to defend the absolute horrific mess of self-aware vacuum tubes and errant algos, formerly known as “the market”, here is a great primer from Credit Suisse’s trading strategist Phil Mackintosh.
jlne.ws/YQGDIj 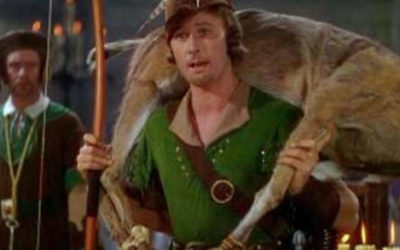