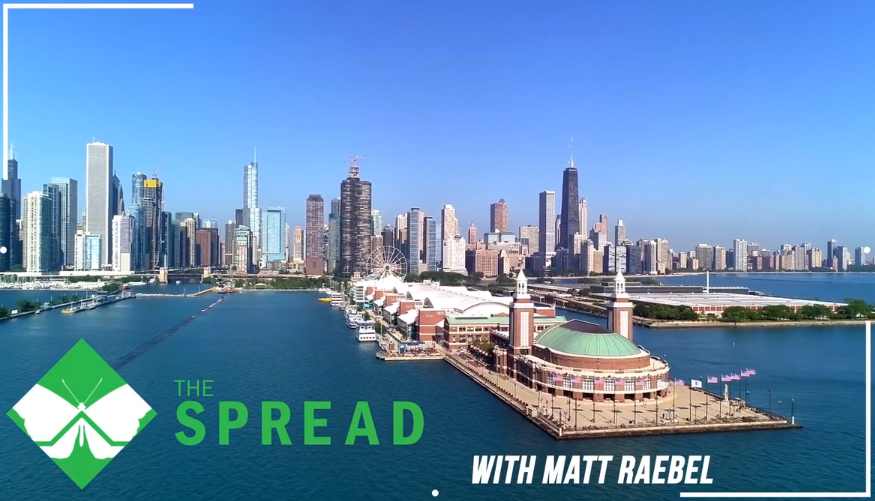 The Spread – Backing Bakkt, a curve for Curve Global, and HKEX disappointment
JohnLothianNews.com

In this week’s episode of The Spread, Matt Raebel takes over for Spencer Doar, remembering some we have lost and talking about HKEX’s failed bid for the London Stock Exchange, some big news for the Small Exchange, and what’s new with Bakkt, Euronext and Curve Global.

Oil’s Craziest Day Leaves Traders Dazed From Tokyo to Houston
Javier Blas and Catherine Ngai – Bloomberg
The Sunday opening of the oil market is traditionally a sedate affair: volumes are minimal and only a few traders in Asia, where it’s already early Monday, are in front of their screens.
Last Sunday was different. Order volumes were sky high and hedge funds, refiners and oil trading houses had their top traders staffing operations, according to interviews with multiple market participants. Brokers put special teams in place to beef up skeleton weekend crews.
/bloom.bg/2M4c5lI

Volatility Jump Betrays Rand Traders’ Nerves Before Fed Decision
Colleen Goko – Bloomberg
As investors brace for the Federal Reserve’s policy decision later Wednesday, one corner of the foreign-exchange market looks particularly nervous.
Overnight volatility for South Africa’s rand rose to as much as 25%, the most since August 2018, before paring the steep climb to trade at levels last seen in early May. The rand, which is often traded as a proxy for emerging-market assets, is highly sensitive to moves in Fed policy and the dollar.
/bloom.bg/2M0ddac

Goldman: Hedge fund exposure to stock market at 15-month high
Chris Matthews – MarketWatch
Investors have bid up stocks in September as recession fears have faded and hopes for a U.S.-China trade deal have grown, and equity market positioning now has hit its highest level in 2019, according to an analysis by Goldman Sachs.
“Today our sentiment indicator shows that aggregate equity positioning is 1.2 standard deviations above average, indicating that positioning poses a downside risk to S&P 500 index returns in the near future,” wrote Goldman equity analysts, led by Arjun Menon, in a Tuesday research note.
/on.mktw.net/2LXaqP3

Investors braced for aftershocks following momentum sell-off
Robin Wigglesworth – Financial Times
Last week financial markets were rattled by a “factor” shock that sent previously hot stocks plummeting while boosting many of the market’s biggest losers. The key question now: whether it will prove a minor disturbance, or usher in a new regime.
Factors are the big, fundamental drivers of market performance that financial academics have identified over the past few decades. In theory they are extra returns that investors can harvest for accepting a certain risk.
/on.ft.com/2M2nkem

Index Funds Are the New Kings of Wall Street
Dawn Lim – WSJ
Money managers that mimic the stock market just became the new titans of the fund-management world.
Funds that track broad U.S. equity indexes hit $4.27 trillion in assets as of Aug. 31, according to research firm Morningstar Inc., giving them more money than stock-picking rivals for the first-ever monthly reporting period. Funds that try to beat the market had $4.25 trillion as of that date.
/on.wsj.com/309x1ky

The Fed just pumped $128 billion into markets to pull down interest rates, its first injection in 10 years
Gina Heeb – Markets Insider
The Federal Reserve took action in financial markets for a second day on Wednesday in another attempt to keep interest rates from moving higher. It marked the first time the central bank has taken such steps since the global financial crisis 10 years ago.
The New York Federal Reserve said on Wednesday that it would inject $75 billion into the market through another overnight repurchase agreement, or repo, aimed at keeping the federal funds rate within its target range of 2% to 2.25%.
bit.ly/2M5OGka

****JB: Not options, but this has wide ranging consequences.

Exchange Stocks Rally on Volatility in Markets
Jessica Menton – WSJ
There is one group benefiting from the pickup in market volatility this week: exchange operators. Shares of CME Group Inc., Intercontinental Exchange Inc., Nasdaq Inc., MarketAxess Holdings Inc. and S&P Global Inc. each have climbed at least 2.4% so far this week and are all up by double-digit percentages in 2019.
/on.wsj.com/2LXdURD

Ex-Citadel Attorney Picked for Top Market Oversight Job at CFTC
Benjamin Bain – Bloomberg
A former lawyer for Ken Griffin’s Citadel Securities LLC and cryptocurrency exchange Coinbase has been tapped to lead the U.S. Commodity Futures Trading Commission unit that monitors derivatives markets and reviews new products.
Dorothy DeWitt, who served in senior legal and compliance roles for Citadel, will oversee the CFTC’s division of market oversight, the regulator said in a statement on Tuesday. She has been a top attorney at Coinbase since last November, according to her LinkedIn profile.
/bloom.bg/2M5QtWq

****JB: Fox and hen house are words that are leaping to mind.

Nobody Is That Lucky, Prosecutor Tells Insider-Trading Jury
Gerald Porter Jr. – Bloomberg
For anyone to successfully trade five times in a row on healthcare mergers, they need inside information, a prosecutor told a jury in the retrial of former Perella Weinberg Partners LP managing director Sean Stewart.
“Winning the lottery once takes astronomical odds, winning it five times — that doesn’t happen,” Assistant U.S. Attorney Samson Enzer said in his closing argument.
/bloom.bg/2LYIydp

Wall Street banks look to sell more research to companies
Robin Wigglesworth – Financial Times
Goldman Sachs and Morgan Stanley are going head-to-head with the likes of Bain and McKinsey, hoping to sell research services to companies to offset big falls in demand from their traditional clients in asset management.
Historically, the reams of research and economic analysis produced by Wall Street’s army of “sellside” analysts has been targeted at hedge funds and fund managers — the “buyside” in industry jargon.
/on.ft.com/30aJioJ

How traders can prepare for a Fed announcement
Scott Bauer – OpenMarkets
After Fed Chairman Jerome Powell and other Federal Reserve officials recently suggested a path for easier monetary policy, rate-cut expectations have accelerated. Trader and investor anticipation of lower rates has been sparked by signs of a slowing economy, even with the markets approaching their all-time highs.
bit.ly/2kTFyp5

Why Oil Could Be Headed for Heavy Short-Term Losses
Rocky White – Schaeffer’s Investment Research
Oil prices spiked over the weekend after drone attacks on oil facilities in Saudi Arabia. The price reverted some yesterday, though, after reports that oil production would be back to normal sooner than expected. I’ve gathered the data on how crude typically behaves after significant daily price shocks to see if there’s a high probability trade in these situations.
bit.ly/2AuaFeZ

SVXY: It’s Time To Buy SVXY
Seeking Alpha
Over the last month, ProShares Short VIX Short-Term Futures ETF (SVXY) has risen by about 8% following the equity recovery in the S&P 500. While this return has been pretty strong for the instrument, I do not believe that we have reached the top in SVXY. Specifically, I believe that we will see shares continue rallying for at least the next month and continue to push into new highs for the year.
bit.ly/2As5CLY

15th Annual Chicago Golf Outing
FIA
FIA Operations Americas will be holding its 15th Annual Golf Outing for Chicago to benefit the scholarship fund for children of division members. Bring your colleagues and your clients to this fantastic networking event!
bit.ly/2ApSpDw

We need to talk about risk in investing
Jason Butler – Financial Times
To achieve anything in life you need to take risks with your financial, social and human capital. Over the years I’ve met many financially successful people where it wasn’t apparent what risks they had taken to create their wealth. There is usually a very thin line between prudence and luck.
Risk is one of the hardest concepts to define and measure and, together with the fact that we’re hard-wired to hate losses twice as much as we like gains, this makes taking good financial decisions difficult. Our perception of risk is greatly influenced by our past experiences as much as what is happening in the present.
/on.ft.com/2M1jLFo