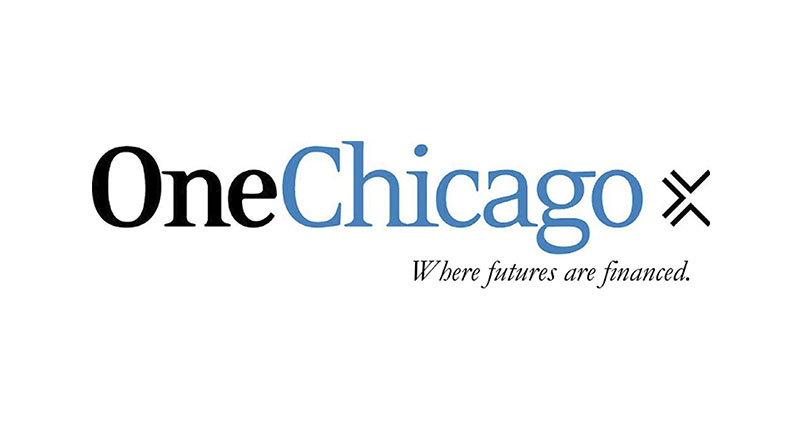 The John Lothian Newsletter started in 2000 as a viral marketing experiment to help me grow my online brokerage business, but also my promotion of Commodity Trading Advisors. That was the economic reasoning for starting at the time.

However, the idea of single stock futures was also a driving reason for the creation of the newsletter and its virtual growth. At the time, I worked for an Introducing Broker. I did not know how single stock futures were going to impact the industry and its structure, but I had a sinking feeling that IBs were going to be on the losing side of that.

I needed a career hedge in case the IB business was gravely harmed by the introduction of this long desired product. Creating the newsletter would give me higher visibility in the industry, helping me network with people I knew and people I would come to know.

Ironically, one of the people I reached out to at the time about my future was the future CEO of OneChicago, David Downey. He was then at Interactive Brokers, which was a firm I figured would prosper from the collision of the futures and securities world, as they had both already on their screens.

So much for Plan A for a career move. Plan B was to grow the newsletter, which would not get a proper name until 2003.

Back in 2000, I was promoting the work of Defender Capital Management and its owner, Jon Matte. There were other CTAs I was representing too, but I had the most success promoting Matte. Of course, in 2007, Matte would approach me for a job and that led to the creation of MarketsWiki.

Matte’s one trading program at the time traded U.S. 30-year Treasury Bonds. He was the number one ranked CTA for a time for the last three years of the 700+ CTAs the Price Futures Group was tracking at the time. There was a good reason to promote his business answer and I  had some modest success raising money for a guy trading from his basement in Portland, OR.

Also in 2000, amid all the talk about single stock futures, I would attend any event that was going to discuss the product. I remember going to hear Bill Brodsky at an event in the Sears Tower. I remember complaining about the cost of one event and then being invited to moderate the whole event as a way to get in for free.

Another time, after a CBOT Clearing Corp executive pulled out of an event, I was asked to replace him to talk about straight through processing in order to attend the event for free. It was there I met Bob Fitzsimmons of Nasdaq-Liffe for the first time and he introduced me to that exchange. Nasdaq-Liffe was quick to see the value of my newsletter and its viralness and was an early ally in promoting it.

I begged, swapped and complained my way into these programs because at the time I was not yet really identified as a journalist. The concept of “blogger” was not yet in our lexicon, let alone were bloggers not yet considered legitimate journalists (at least by other journalists).

Back in 2000, I was blogging before blogging was called blogging. I was aggregating information and sharing it via email. I was putting my name on the subject line in front of the lead story so readers knew it was from me and not spam.

That move turned “John Lothian” into a brand name. I was still John Lothian, but now there was another John Lothian entity.

When I heard the CME, CBOE and CBOT were going to hold a press conference to announce the creation of OneChicago, the notice said press with proper credentials should contact the CME for access to the event.

I called corporate communications at the CME and talked to their then head Ellen Resnick. I told her who I was and that I wanted to attend. I was told that the CME did not want writers from “fringe publications” that did not share the interests of the CME in attendance.

I assured her I was a “fringe publication,” but that I did have the CME’s interests and the other exchanges at heart and was a big supporter of single stock futures.

I offered this deal at the time: I told her I would give her my wallet when I walked in the press conference and if I opened my mouth she could keep it. She let me in and did not ask for my wallet.

It was at this press conference that I reunited with the new CME CEO, Jim McNulty. When I first tried to remind him who I was, he didn’t remember me, but then he did. McNulty had been helpful to me when I first graduated from college. He was the nephew of Jim Hayes and the president of Hayes & Griffith Capital. Jim Hayes was a neighbor of Tom Cashman, my first employer and mentor.

McNulty’s hiring by the CME was another reason I started JLN, as I did not want to lose connection with people like him again as I was seeking higher industry visibility.

My writing started to get noticed more after the OneChicago announcement as I was the only publication that was giving daily updates on the changes that were coming as a result of single stock futures.

Nasdaq-Liffe was the early winner of the battle for single stock futures trading before the trading started. OneChicago did not even have a website and Nasdaq-Liffe had a dynamic start-up culture brewing.

I would even hire one of the employees of Nasdaq-Liffe when I started MarketsWiki, the late Gail Osten. I always admired the start-up culture that Nasdaq-Liffe was able to create as a good example of “The Innovator’s Dilemma.”

The Innovator’s Dilemma was a book by the late Harvard professor Clayton Christensen that David Downey said I had to read before he would talk to me more. I read the book and was immediately impacted by it. Downey left Interactive Brokers before I could read the book and get back to him.

The book taught me the importance of culture and independence of start-ups from larger owners or stakeholders.

I would make many friends, attract lots of readers and make some enemies, after the OneChicago announcement. I probably was too tough on OneChicago in those early days, but that kept them in the limelight while Nasdaq-Liffe was dancing around with me with developments. The old maxim of “there is no bad publicity, just spell my name right” was my philosophy for them at the time.

I am sorry to see OneChicago join the heap of decommissioned exchanges, but thankful for their existence and their impact on my life and work.