OneChicago to close on September 18 for trading. Long live OneChicago. 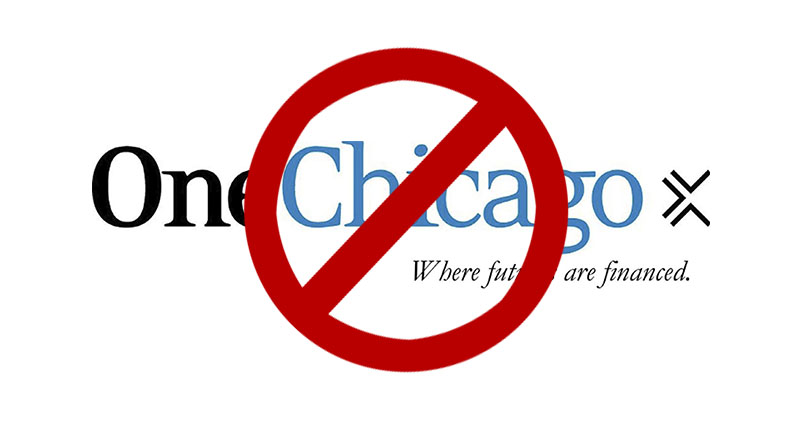 The Cboe and CME Group have little reason to work together today to make OneChicago work and probably even more reason to start their own securities futures exchanges.

Think about the world of 2001. The Commodity Futures Modernization Act was being implemented and securities futures were finally legal after being outlawed by the Shad-Johnson Accord.

Back in 2001, Cboe Global Markets was the Chicago Board Options Exchange and was only an equities options exchange. The VIX and its futures were years in the future. The CME was ascendant based on the shift in interest rates towards the short end of the curve, the growing popularity of its emini S&P contract and its improving Globex system.

The CBOT was an afterthought for the OneChicago joint venture and was only added at the last minute of the deal. Its logo didn’t even make it onto the banner displayed at a press conference announcing the joint venture.

The imagined battle was between Chicago and New York for equities trading, but it was the internal rivalries and self-interest of the firms involved with securities futures that held the venture back. I will always remember then-CBOE Chairman and CEO Bill Brodsky going on CNBC to talk about the new venture and all he could do was talk about equity options trading. He said little to nothing about securities futures.

It was not New York that held single stock futures back, it was protecting existing business lines. Both CBOE and Nasdaq were guilty of this.

OneChicago was initially competing against a venture from Nasdaq and LIFFE called Nasdaq-Liffe. Trading Technologies was originally supposed to be a partner in that deal, but was usurped by LIFFE at the last minute as an electronic trading platform provider. NYSE in 2001 was “The Exchange” and never entered into the US securities futures business, but later it merged with Euronext.liffe, which had single stock futures in Europe.

Securities futures were held back right out of the start by the margin protocol that put them on the same footing as equity options, instead of being margined like other futures contracts. Nasdaq and CBOE had no interest in seeing single stock futures have structural advantages over their existing options businesses.

This move to unwind the joint venture rather than sell it or do a management buyout indicates that one or more of the partners is interested in launching their own separate securities futures exchange. Cboe Global Markets is the most likely to do so as their management has become very aggressive since buying BATS.

The case could be made for the CME Group to start a securities futures exchange and offer stocks tied to their commodities. Imagine trading crude oil futures and Exxon Mobile single stock futures on the same platform.

Both Cboe and CME are looking for growth. CME could be responding to signals that ICE is contemplating a U.S securities futures effort and want to be able to respond more directly to a potential challenge by owning its own exchange outright and trading the products on Globex.

With stock indices at highs again, especially the popular FANG stocks, using leverage to manage equities positions via securities futures might be a good solution for today’s market paradigm.

And maybe with the political muscle of Cboe Global Markets or CME Group behind this, rather than that of the meager OneChicago, the product will have more friends in Washington to help it compete against the vested interests of the stock loan business.

Maybe the 2000-2001 hype around single stock futures can be revived. I know I bear some responsibility for that hype as I was a big and vocal supporter of the product back then, even if I had a small (but growing) viral newsletter at the time.

The battle between Chicago and New York is long gone. The OneChicago partnership is being unwound. But that does not mean we have heard the last of single stock futures.