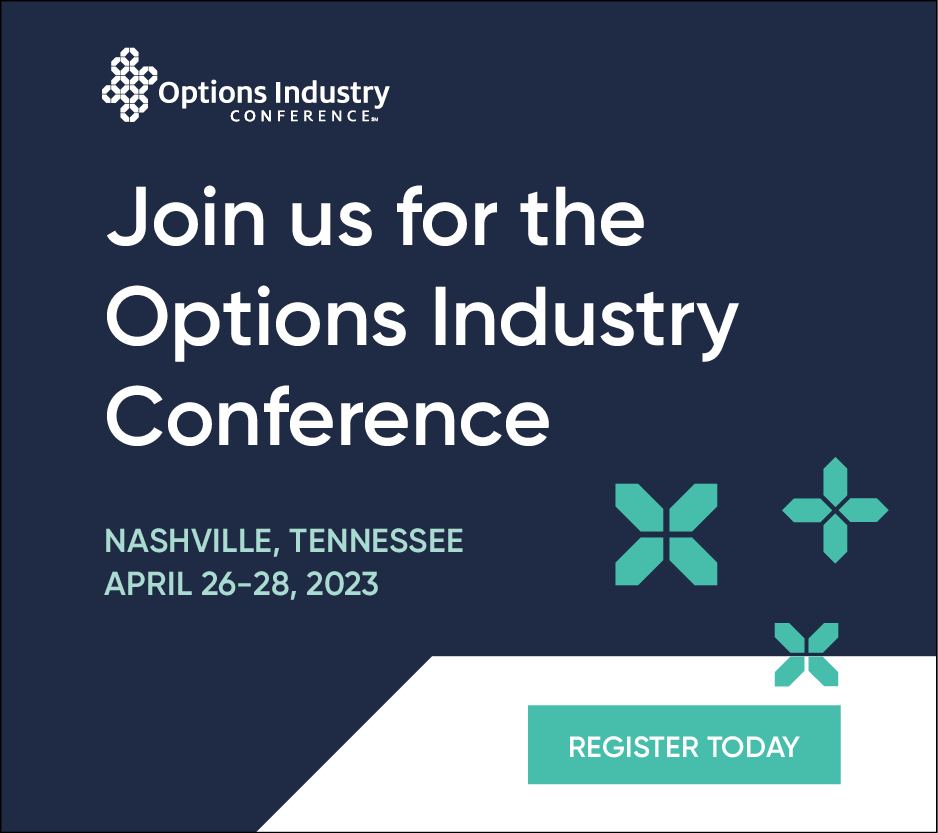 Options Bettors Prepare for Volatility Tied to Tesla Earnings
Eric Wallerstein – WSJ
Speculators’ propensity to bet wildly on shares of Tesla accelerated ahead of the company’s fourth-quarter earnings, scheduled for release after today’s closing bell. Options traders expect a nearly 13% price change for the stock after it reports. Though that would be the stock’s largest one-day swing in more than a year, similar moves have happened recently: After reporting last January, shares slid nearly 12%. Two quarters ago, they jumped about 10%.
/jlne.ws/3WxTZLn

It’s Now Costlier to Hedge Turkey’s Lira Than the Russian Ruble; Six-month 25-delta risk reversals surge to four-month high; Investors brace for presidential, parliamentary elections
Tugce Ozsoy – Bloomberg
Currency investors are paying the highest premium in four months to hedge against further losses in Turkey’s lira as they brace for national elections. The spread on six-month options to sell the lira for the US dollar over those to buy the Turkish currency, known as the 25 delta risk reversals, has widened to 13 percentage points this week. That’s the biggest hedging premium among major emerging-market currencies, a dubious title held previously by the Russian ruble.
/jlne.ws/3R4bkds

Hindenburg Short Sell Call on Adani Stocks Tests 2,500% Rally
Thyagaraju Adinarayan and Michael Msika – Bloomberg
A short-seller report is drawing attention to the multifold gains of the Adani Group of stocks — a potential blow to the empire of Asia’s richest man and the personal wealth he has amassed.
The conglomerate’s stocks figure among the most expensive names in Asia by several measures, including the closely-watched earnings multiples and price-to-book value. What’s more, the flagship company Adani Enterprises Ltd. has jumped about 2,500% in the last five years, trumping even the likes of Elon Musk’s Tesla Inc.
/jlne.ws/3XCuA4r

SEC floats ban on Wall Street activities linked to 2009 financial crisis
Paul Kiernan – MarketWatch
U.S. regulators propose banning a Wall Street practice that lawmakers said was partly to blame for the 2008 financial meltdown.
The Securities and Exchange Commission voted 5-0 Wednesday to re-propose a long-delayed rule that would prohibit conflicts of interest by entities that create asset-backed securities, such as mortgage bonds. The proposal will now be open for public comment until the commission considers whether to finalize the rule.
/jlne.ws/3RaIXdY

Cboe Report Reveals Index Options Volume Has Grown Despite A Bearish 2022 Market
Jad Malaeb – Benzinga
Retail trading has taken a gigantic leap in the last three years.
Bloomberg Intelligence estimates that the retail community constituted 24% of trading volume between Q4 of 2020 and Q1 of 2021, a historic high and a 10% increase over 2017’s numbers. The retail renaissance shone even brighter than the metrics would suggest when it came to certain stocks, taking Gamestop Corp. GME and AMC Entertainment Holdings Inc. AMC stocks to unprecedented heights.
/jlne.ws/3WBqTL6

CME Group Aluminum: Looking back at 2022
CME Group
Last year proved to be an important phase of growth for Aluminum futures and Aluminum (ALI) product offerings. Spurred by the globalization of the Aluminum warehousing network in 2018, our Aluminum futures and options are emerging as a viable hedging alternative to traditional global aluminum markets.
/jlne.ws/3DhSUAn

The World’s Largest Metals Market May Never Return To Its Former Glory
Markets Insider
Doomsters have predicted the end of the LME before. Still, after 146 years and counting, the LME is still with us and the go-to nickel price point. However, volumes have tanked since the LME nickel debacle in March of 2022. In fact, the problems no longer relate just to nickel, but the entire non-ferrous metals spectrum.
The suspension of LME nickel trading and the decision to cancel trades remains the catalyst. According to Reuters, volumes continue to fall every month year-over-year. Core activity on the LME contracted by 8.3% over the course of 2022. Meanwhile, the 127 million lots traded represents the lowest turnover since 2010.
/jlne.ws/3kHHmjz

An NYSE glitch caused market mayhem resulting in Morgan Stanley and Wells Fargo shares crashing over 10%
Huileng Tan – Business Insider
A NYSE list showed over 250 stocks were affected by the system glitch, causing huge price swings just after their 9.30 a.m. New York open.
Morgan Stanley stock, for one, closed at $97.13 on Monday but fell nearly 13% to $84.93 at its Tuesday open. Wells Fargo shares too plunged 15% to $38.10 on Tuesday, shortly after opening. They had closed at $45.03 on Monday.
/jlne.ws/3iYt3GZ

NYSE tracks glitch that caused Tuesday market chaos to ‘manual error’
William Watts – MarketWatch
The New York Stock Exchange on Wednesday said a “manual error” tied to its disaster-recovery system triggered wild price swings and trading halts that marred the previous session’s open, resulting in the busting of thousands of trades on numerous stocks and drawing the attention of regulators.
“The root cause was determined to be a manual error involving the Exchange’s Disaster Recovery configuration at system start of day,” the NYSE said in a statement. The NYSE said all exchange systems were operational. Wednesday’s open appeared to get off to a smooth start.
/jlne.ws/3Y1PYQx

ETD Volume – December 2022
FIA
This month FIA is releasing the December data on futures and options trading in two formats: the established spreadsheet format and a new format called the FIA ETD Tracker. The ETD Tracker consists of interactive visualizations on the FIA website that allow users to view data on volume and open interest, with filters based on year and month, region and jurisdiction, asset group and type of product. The ETD Tracker also includes visualizations that rank exchanges by total volume in the latest month and year to date as well as open interest in the latest month. Click here to access the ETD Tracker.
/jlne.ws/406RaUj

Watch NYSE, SEC Investigating Wild Moves at the Open
Bloomberg (Video)
The New York Stock Exchange is probing what caused wild price swings and trading halts when the market opened on Tuesday as shares for dozens of the biggest US companies suddenly plunged or spiked. Abigail Doolittle reports on “Bloomberg The Open.”
/jlne.ws/3JbODlX

FIA joins associations in call for risk-based approach to CSDDD
FIA
FIA has joined with three other associations in a whitepaper that highlights the importance of ensuring the proposed EU Corporate Sustainability Due Diligence Directive (CSDDD) takes a proportionate, risk-based and workable approach and that it provides a clear, practical and legally certain framework.
The associations highlight serious challenges faced by financial institutions if CSDDD obligations are applied beyond their upstream supply chain to their relationships with corporate clients or trading counterparties in their downstream value chain, and extended to downstream financial services.
/jlne.ws/3RauvT1

Why I’m All-In on TradFi’s Regulated Approach to Digital Assets
John Palmer – Cboe
I’ve always considered myself keyed into the next big thing. Early in my career, I discovered the power of technology as a disruptor as the futures market transitioned from open outcry to all electronic trading and processing. Since then, I’ve been chasing what’s next in finance. And today, despite recent controversy, I’m still all-in on digital assets. Change isn’t easy, but with the right people in the room – like capital markets risk, technology and market structure experts – we can grow this market and still protect investors.
/jlne.ws/3XZXZVN

Mohamed El-Erian says passive investing doesn’t make sense any more now interest rates are climbing
Zahra Tayeb – Markets Insider
Mohamed El-Erian says it’s time to get back into active investing, because a passive approach doesn’t make sense any more in a murky economic climate of high interest rates and low liquidity.
Over more than a decade, investors got used to an environment of artificially low interest rates and government cash injections, which lifted almost all assets across the board. That environment longer exists, the top economist wrote in a Financial Times op-ed.
/jlne.ws/3WC4Zr8

Focus Shifting Away from Fed
Cboe (Video)
In today’s #Vol411, @JoeTigay talks about THE key $SPX trend line, $MSFT earnings and the vol landscape as we enter the heart of earnings season. $VIX
/jlne.ws/3IBxwtp

END_OF_DOCUMENT_TOKEN_TO_BE_REPLACED

Observations & Insight   Lead Stories Citadel Made $16 Billion Profit in 2022. 'Largest Ever by a Hedge Fund.' Adam Clark - Barron's Ken Griffin's hedge fund Citadel made $16 billion in profit after fees in 2022, recording the largest annual gain ever by a...