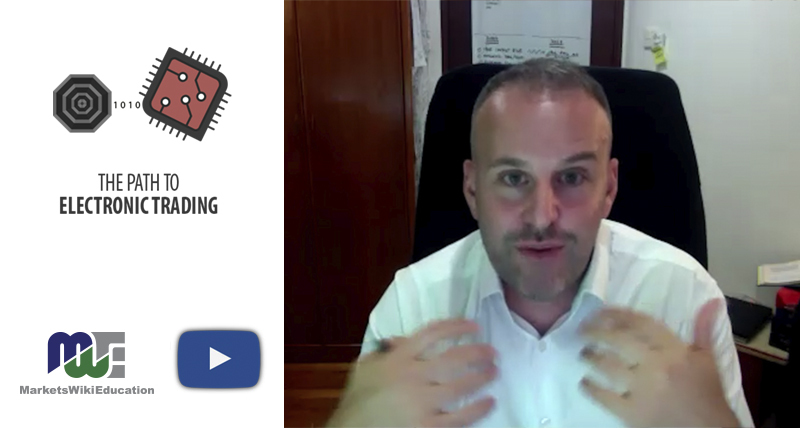 Options Traders Bet on Return of $100 Oil; Investors have scooped up call options tied to crude prices hitting milestone for first time since gush of U.S. oil in 2014
Joe Wallace – WSJ
Traders have alighted on what some believe to be a one-way bet in the world’s most important commodity market: oil prices going to $100 a barrel. They have scooped up call options tied to Brent and West Texas Intermediate crude-oil prices reaching $100 by the end of next year. Oil prices haven’t topped that milestone since 2014, when a gush of U.S. crude depressed energy markets.
/jlne.ws/3fWkaJl

Options Market Is a Key Suspect as AMC Swings, S&P 500 Slumbers
Yakob Peterseil – Bloomberg
A once-obscure but increasingly influential dynamic in the options market may explain why U.S. equities have been so two-faced lately.
As meme mania rages, companies such as AMC Entertainment Holdings Inc. are whipsawing traders like never before. Yet at index level stocks are the most placid in years, with the S&P 500 Index posting its sleepiest stretch since 2017.
/bloom.bg/2T8cc7e

Some on Wall Street try options trade to bet against AMC without getting burned
Matt Scuffham and Saqib Ahmed – Reuters
Some Wall Street traders are betting against another massive rally in AMC Entertainment Holdings Inc (AMC.N) and other “meme” stocks this week through a type of wager in the options market that would limit their losses should retail investors behind the run-up prove them wrong.
A Reuters analysis of options data and interviews with market participants, including a Wall Street banker and a fund manager with $30 billion in assets, show that some institutional investors have ramped up complex options trades that let them bet the shares will fall.
/reut.rs/2T6NEeG

Benign Payrolls Reaction Points to Lower Cross-Asset Volatility
Joanna Ossinger – Bloomberg
The slump in volatility across asset classes after Friday’s U.S. jobs report is suggestive of a benign environment where risk assets can push higher, according to some strategists.
The Cboe Volatility Index dropped 9% Friday close to pre-pandemic levels, while the ICE BofA MOVE Index — a gauge of price swings in Treasuries — slumped 8%. Similar measures for currency markets and junk bonds also declined, extending a trend which has seen the four cross-asset volatility gauges fall between 10% and 30% so far this quarter.
/bloom.bg/3fZ4c1p

Retail investors keep buying the dip in ETFs
Michael Mackenzie and Madison Darbyshire – Financial Times
Amateur traders have driven a record-breaking pace of inflows into exchange traded funds this year, suggesting that beyond their eye-catching forays into quirky individual stocks, they are also playing a role in cushioning broader declines in indices.
US-listed equity ETFs, which typically allow investors to gain or offload exposure to baskets of stocks, drew in $249bn in 2020. But so far this year, they have attracted a record $305bn — in large part from retail investors, according to research firm CFRA.
/on.ft.com/3pvhANV

ICE European carbon trade suspended briefly on first day of migration
Nora Buli – Reuters
OSLO – Trading in European emission allowances on the Intercontinental Exchange (ICE) was briefly suspended due to technical issues on Monday, the exchange said, the first day that trading migrated to the ICE Endex platform.
Trading resumed at 0910 GMT after the brief suspension.
Monday marked the start of trading of European carbon futures and options on ICE’s Netherlands-based exchange in Amsterdam, after a migration from London, as a result of Britain’s departure from the European Union.
/reut.rs/3puf8qF

Funds buy CBOT corn as U.S. crops face hot, dry stretch
Karen Braun – Reuters
Speculators for the past few weeks had been retreating from their highly bullish bets in Chicago-traded corn, but U.S. weather uncertainties and strong export and domestic demand had them rethinking that trend last week.
Money managers increased their net long position in CBOT corn futures and options in the week ended June 1 to 289,936 contracts from the five-month low of 268,091 contracts in the prior week. That is based on Friday’s data from the U.S. Commodity Futures Trading Commission.
/reut.rs/3wdsGcZ

Is High-Speed Trading Just a Game for Finance Elites with No Social Value?
Michael Edesess – Advisor Perspectives
The motivation for a transaction tax is rooted in the belief that high-speed traders profit at the expense of the “little guy” – anyone from a Robinhood investor to an advisor acting on behalf of a client. A new book provides an excellent education on high-frequency trading that can help us to evaluate that proposition.
Donald MacKenzie, a professor of sociology at the University of Edinburgh, has produced a prolific body of literature on the study of finance. His contributions are not, however, so much in what we would think of as sociology as in the study of the political economy of finance.
/bit.ly/3is1vH4

‘Gamma Squeezes’ Are In Play as Options Drive a Two-Faced Market
Yakob Peterseil – BloombergQuint
A once-obscure but increasingly influential dynamic in the options market may explain why U.S. equities have been so two-faced lately. As meme mania rages, companies such as AMC Entertainment Holdings Inc. are whipsawing traders like never before.
/bit.ly/3vZVohi

Elon Musk’s crypto tweets have ‘destroyed lives,’ says video purportedly from Anonymous
Mike Murphy – MarketWatch
Elon Musk has “destroyed lives” through irresponsible tweets that have recently roiled cryptocurrency markets, a group claiming to represent the hacker collective Anonymous said in a weekend video.
The nearly four-minute video, posted Saturday, attacked the Tesla Inc. chief executive for being “another narcissistic rich dude who is desperate for attention” and for “constantly trolling” crypto markets. It racked up 1.7 million views as of late Sunday.
/on.mktw.net/3fZgDKr

An asset manager nicknamed ’50 Cent’ made $1.1 billion on bitcoin in 5 months – and could place more crypto bets in the future
Theron Mohamed – Markets Insider
An asset manager nicknamed “50 Cent” made a $1.1 billion profit on bitcoin in the space of five months, The Sunday Times reported.
Ruffer – a London-based firm that boasts $32 billion of client assets – plowed around $600 million into bitcoin last November, when the cryptocurrency was trading below $20,000. It cashed out some of its coins after they doubled in value in December and early January, then sold the rest in April as their price approached record highs of over $60,000.
/bit.ly/3pshTch