Options Traders Bet on Year-End Rally in China’s Stocks; Treasuries on the Edge of 2% as Momentum Funds Eye the Exits 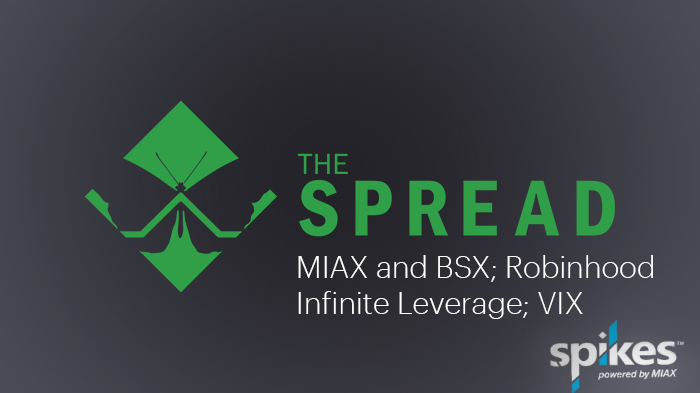 MIAX acquired a controlling interest in BSX, the Bermuda Stock Exchange; a trader named MoonYachts manipulated a programming error in Robinhood to turn $2,000 into $1 million; and the VIX had a quiet week.

Options Traders Bet on Year-End Rally in China’s Stocks
Gunjan Banerji – WSJ
Trade tensions between the U.S. and China have eased, helping send major U.S. stock indexes to fresh records after months of rangebound trading. Now traders are turning to options contracts that would profit if Chinese stocks and emerging-market equities extend gains. The positioning comes as U.S. stocks have soared past equities around the world this year.
/on.wsj.com/2QdwhFM

Treasuries on the Edge of 2% as Momentum Funds Eye the Exits
Stephen Spratt – Bloomberg
Benchmark Treasury yields are on the brink of a break above 2% as a global reflation trade gathers pace. Momentum-chasing funds and option hedging could be what puts them over the edge. The unwinding of long positions by funds commonly known as Commodity Trading Advisors, and hedging activity from investors with mortgage portfolios sent 10-year yields through the 1.9% level last week. Next stop is 2%, a level which could lead to a bigger sell-off, according to Goldman Sachs Group Inc.
/bloom.bg/32IfxbY

Wall Street Plays Rotation Roulette as 2019 Haven Trade Unwinds
Sarah Ponczek – Bloomberg
Some of the hottest trades of a tumultuous 2019 are falling out of favor as investors dip their toes into riskier waters.
From low-volatility stocks to bonds and gold, the safety trade that reigned among exchange-traded fund investors is unraveling on signs of a rebounding economy and progress in U.S.-China talks. Traders are rushing to pockets of the market that should outperform in the event of an economic acceleration.
/bloom.bg/33IJ86u

A majority of the world’s richest investors expect a ‘significant’ stock sell-off in 2020, UBS survey finds
Yusuf Khan – Markets Insider
The worlds richest are bracing themselves for 2020, with the majority believing that markets are due a big drop by the end of the year.
That’s according to a report from UBS Global Wealth Management, which assessed 3,400 of its wealthiest investors to gauge their thoughts on the future.
bit.ly/2KdwBAc

Wall Street may be growing too complacent on stocks as bets against volatility hit a record
Fred Imbert, Yun Li – CNBC
Speculator short bets on Cboe Volatility Index futures contracts hit a record high last week, data compiled by the Commodity Futures Trading Commission shows. The VIX, which is widely considered to be the best volatility gauge in the market, also hit its lowest level since July on Friday, around 12. A large short position in VIX futures may indicate excessive optimism that could burn investors as the trade conflict remains unresolved.
/cnb.cx/2CzcecC

Exchange Giant ICE, Big Oil Traders Team Up on New Mideast Crude Futures
Alexander Osipovich – WSJ
Energy-markets giant Intercontinental Exchange Inc., or ICE, will team up with Abu Dhabi’s state oil producer and some of the world’s biggest oil companies to launch a new futures exchange in the emirate, which could shake up the way Mideast crude is traded.
/on.wsj.com/2KeLlPy

CME Group Announces Jan. 13, 2020 Launch for Bitcoin Options
CME Group
CME Group, the world’s leading and most diverse derivatives marketplace, today announced options on its Bitcoin futures contracts will be available for trading starting Jan. 13, 2020, pending regulatory review. “Since the launch of our Bitcoin futures nearly two years ago, clients have expressed a growing interest in options as another way to hedge and trade in these markets,” said Tim McCourt, CME Group Global Head of Equity Index and Alternative Investment Products.
bit.ly/32D7cXi

Trade Organizations call for Extension of Temporary Equivalence and Recognition of UK CCPs
FIA.org
Today, 14 financial services trade associations wrote to European Commission Vice President Valdis Dombrovskis to highlight the need for an urgent extension to the temporary equivalence determination for UK central counterparties (CCPs). Without such an extension, EU clearing members would not be able to continue as direct members of UK CCPs in the event of a no-deal Brexit, and EU counterparties would not be able to clear derivatives subject to the clearing obligation on those CCPs.
bit.ly/32GT9Qc

Former Man Group president Jonathan Sorrell to join Capstone
Robin Wigglesworth and Jennifer Thompson – FT
Former Man Group president Jonathan Sorrell is joining Capstone, a $6bn-in-assets hedge fund that specialises in trading swings in volatility, to lead initiatives such as a possible expansion into China. Mr Sorrell, son of former WPP chief Martin, joined Man from Goldman Sachs in 2011 and was chief financial officer of the world’s largest listed hedge fund group between 2012 and 2016, when he became president. Capstone, which is led by its founder Paul Britton — a former options trader — focuses on turbulence in global markets, trading it as an asset class in its own right. Mr Sorrell will join the firm as president in January 2020, according to a letter sent to investors on Tuesday.
/on.ft.com/2KcvhNZ

Oil price risks shift to the upside, funds continue buying: Kemp
John Kemp – Reuters
Hedge funds continued to buy oil derivatives last week, anticipating the oil market has entered an upward price cycle as the global economy steadies and the surge in shale production fades.
Hedge funds and other money managers purchased the equivalent of 26 million barrels of futures and options in the six major petroleum contracts in the week to Nov. 5
/reut.rs/34WGYAx

Alibaba Stock Is Soaring. How to Get in On the Action With Options.
Steven M. Sears – Barron’s (subscription)
The Asian consumer is alive and well—and so is Alibaba Group Holding. In just one minute and eight seconds, consumers spent $1 billion on Alibaba’s (ticker: BABA) annual Singles Day shopping event. The event set a new spending record of $38.3 billion, up from $30.8 billion in the previous year, suggesting that fears of an economic slowdown in China might be exaggerated. If that view proves true, Alibaba’s stock should move into a new trading range.
bit.ly/33H4n8L