NOTE: In observance of the Martin Luther King Jr. holiday the JLN Options newsletter will not be published on Monday, January, 17. We’ll be back on Tuesday, January 18. Have a great weekend!

What is going on at BOX OPTIONS? We noticed the BOX website no longer lists Ed Boyle and Lisa Fall as CEO and president respectively. JLN reached out to Boyle and he had no comment.

Lisa is still listed on the regulatory side as president, but she is gone from the exchange side where she also served as president. Anyone have any information on this they can share? ~JJL

Nasdaq Hides Deeper Pain With Over One-Third of Stocks Down 50%
Jess Menton – Bloomberg
The tech stock-rout, as steep as it’s been, has still only pushed the Nasdaq Composite Index down about 8% from its November high, just shy of an official correction for a benchmark that’s more than doubled in less than two years.
Yet beneath the surface it looks a lot worse.
/bloom.bg/3Keb9IY

Chinese Stock Swings Make It Hard to See the Bottom: Tech Watch
Jeanny Yu – Bloomberg
Traders looking for the bottom for beaten-down Chinese technology stocks are finding the task complicated by the sector’s wild swings.
Hong Kong’s Hang Seng Tech Index, which tracks the country’s technology behemoths, has seen its 10-day volatility surge to a four-month high as shares swung between sharp gains and losses. It’s more turbulent than most of the world’s major benchmarks and twice as volatile as the Nasdaq 100 Stock Index and mainland’s ChiNext Index, according to data compiled by Bloomberg. The Nasdaq Golden Dragon China Index of U.S.-listed companies is trading at a similar volatility level.
/bloom.bg/33CVOAD

Equities hedge funds outperform in 2021 despite volatility and retail surge
Maiya Keidan – Reuters
Stock-picking hedge funds globally outperformed the broader sector with double-digit returns in 2021, despite a year beset by volatility and a new force of unpredictable retail traders flooding into the market to support “meme stocks.”
/reut.rs/3Ft3m6q

Is the stock market open on Monday? Here are the trading hours on Martin Luther King Jr. Day
Andrea Riquier – MarketWatch
Stock and bond markets in the U.S. will be closed Monday, January 17 in observance of Martin Luther King, Jr. Day, offering traders a rest after a volatile start to the year.
/on.mktw.net/3FrNsJl

Cboe Europe, EuroCCP partner with Freetrade to give UK retail investors commission-free access to pan-European markets; Through the collaboration, UK retail investors can use Freetrade’s commission-free platform to invest in German and Finnish listed stocks and clear through EuroCCP.
Annabel Smith – The Trade
Cboe Europe and EuroCCP have partnered with commission-free platform, Freetrade, to give retail investors in the UK access to the pan-European markets. Through direct memberships with the pan-European exchange and clearinghouse the platform has extended its user access, beginning with German and Finnish listed stocks and with plans to extend this remit further to include Austria, Belgium, Netherlands, Portugal and Sweden.
/bit.ly/3fljQTA

Eurex Quarterly Equity News Q4/2021 | Equity Derivatives show strong volume growth in 2021
Eurex
Eurex’s single stock segment showed robust volume development throughout 2021, with substantial growth across all our major product classes. Thanks to our members’ commitment to the market, we achieved double-digit growth rates in the country segments of France, the Netherlands, Finland, Spain and Italy. These growth rates underline Eurex’s position as the leading European derivatives exchange for single stock derivatives, offering the broadest choice of more than 800 underlyings and the benefits of portfolio margining across all country segments.
We are excited to start 2022 with the ambition to expand our service further in terms of coverage and functionality. One major step will be introducing the NextGen ETD concept for option volatility strategies on single stock options by mid-2022. This new offering allows for delta neutral trading within the Eurex trading and clearing system without manual back-to-back transactions of the underlying leg.
/bit.ly/3qspV76

Demand For Extended Hours Trading Growing Fastest In Asia: Acuiti Study
Mondovisione
Demand for trading on markets in extended hours trading sessions is growing fastest in Asia, a study by Acuiti has found.
For the report The Growing Internationalization of Derivatives Trading, which is released today and was commissioned by Montréal Exchange Inc (MX), the derivatives arm of TMX Group, Acuiti surveyed over 100 senior executives from proprietary trading firms, hedge funds, asset managers and the sell-side about demand and trends in trading in extended hours sessions.
/bit.ly/3rfPgAo

The SEC’s next regulatory target could be index providers
Chris Matthews – MarketWatch
Few ideas hold sway over U.S. markets and the economy today more than the wisdom of passive index investing. Vanguard founder Jack Bogle’s once-eccentric belief — that an individual investor’s best recipe for long-term gains is a diversified portfolio of securities and a relentless focus on keeping fees low — is now the market’s most widely held philosophy.
/on.mktw.net/3Kcu2vN

Big Options Bet Wagers on 25% Drop in This Year’s Hottest Trade
Elena Popina – Bloomberg
As this year’s ascent in energy stocks becomes close to historic, one options trader is making a big bet that the rally isn’t going to last.
Somebody put on a position around midday Thursday wagering that the Energy Select Sector SPDR Fund will lose a quarter of its value between its current level and March 18. The trader appears to have bought 25,000 contracts in a strategy known as a put spread, wagering that the ETF, known by its ticker XLE, will fall below $47 before the quarter ends.
/bloom.bg/3GwvKpF

Why a falling dollar signals ‘markets are in wonderland’ over inflation and Fed
William Watts – MarketWatch
The U.S. dollar is offering up an early 2022 head scratcher: Why does the currency keep falling even as traders aggressively pencil in as many as four interest rate increases by the Federal Reserve this year as it scrambles to rein in red-hot inflation?
The ICE U.S. Dollar Index, a measure of the currency against a basket of six major rivals, was down 0.1% on Thursday at 94.81, hitting a two-month low. The index is off 1% so far this week, leaving it with a loss of 1.2% since the start of the new year.
/on.mktw.net/3Fv1All

Cboe Teases Launch of Some of the Market’s Most Affordable Options Contracts
Nic Chahine – Benzinga
The next time you hear Wall Street is a place of equal opportunity, you might want to bring up the price of some options contracts.
While the stocks of companies like Tesla Inc., Amazon.com Inc. and Shopify Inc. shot through all-time highs, the exorbitant prices on their option chains left thousands of retail traders on the sidelines. As institutions lined up hundreds of millions of dollars in profit, most retail traders were, once again, left to find their own paths to riches.
/bit.ly/33AWmaa

DAS Trader revs up data provision with new partnership; The firm has partnered with Jersey-based QUODD Financial Information Services for OPRA and corporate actions data.
Laurie McAughtry – The Trade
Everyone knows that data is the new gold, but even as access gets easier, the market for it gets ever more competitive. DAS Trader, a direct access trading technology firm providing electronic trading solutions to private online broker dealers, clearing firms and financial firms, has teamed up with financial market data provider QUODD to access its real-time offering of Options Price Reporting Authority (OPRA) data.
/bit.ly/3Frju8t

Hedge Funds Keyed to Growth Stocks Stall Out
Juliet Chung – WSJ
A major bright spot for the hedge-fund industry in recent years has suddenly darkened as stocks of technology and other fast-growing companies sell off, handing out large losses to some big investors.
Hedge funds investing in growth stocks turned in their worst performance in years in 2021, according to portfolio managers and their clients. Many funds were hit by large losses late in the year, with the drubbing continuing into early this week.
/on.wsj.com/33G0RAE

‘An inherent conflict of interest’: US officials under pressure over trading
James Politi and Lauren Fedor – Financial Times
In mid-December, Nancy Pelosi, the Democratic Speaker of the House of Representatives, brushed off calls for legislation to ban trading by members of Congress with a throwaway comment that has come back to haunt her.
“We are a free-market economy,” she told reporters at the time. “They should be able to participate in that.”
Pelosi’s quip was criticised for being tone-deaf not just because of her status as one of the wealthiest members of Congress, but also for the fact that it was made amid a growing outcry inside the Washington bubble and across the US over controversial investments by public officials.
/on.ft.com/3A0wKA0

END_OF_DOCUMENT_TOKEN_TO_BE_REPLACED 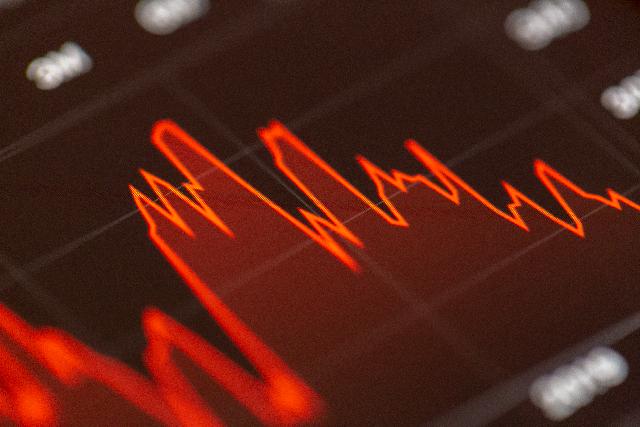 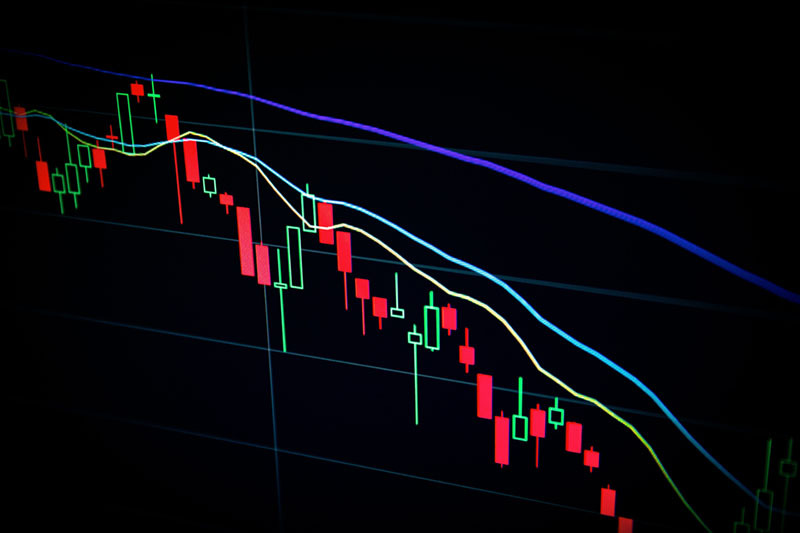