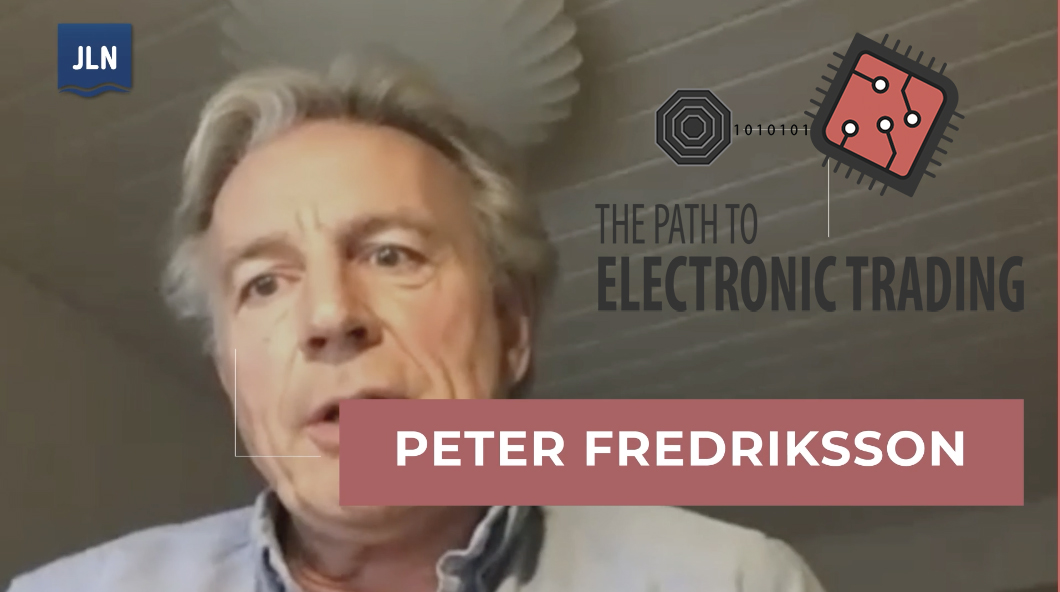 A Swedish Perspective from the Early Days of Electronic Trading

Peter Fredriksson was with OM in Sweden when they offered the first electronic trading platform. He later worked for Cinnober, which was one of many firms to be spun out of OM over the years, along with TriOptima and Orc (now Itiviti).

He was interviewed over Zoom for the MarketsWiki Education video series the Path to Electronic Trading from John Lothian News.

Fredriksson worked with Olof Stenhammar, who was the owner of OM and the driver of their growth from a small Swedish market firm to a global player in trading technologies.

Fredriksson was very involved with the CScreen project at Cinnober, which was a hybrid trading platform allowing people to trade OTC and listed products on the same platform. CScreen was sold to Euronext.Liffe in 2005 and is in the hands of ICE today.

Fredriksson is currently developing Bay Markets, which is building clearing systems for the digital asset marketplace.