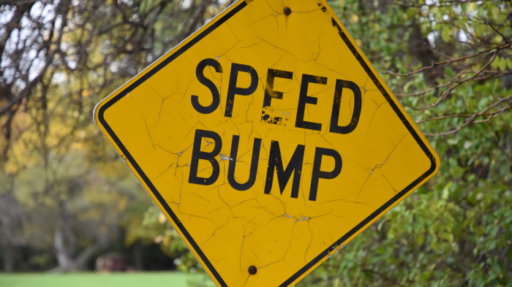 ICE Futures US tried to certify (that is, to fast-track) to the CFTC a change to the order execution rules in the central limit order books for its two-year old daily gold and silver futures contracts. The changes are designed to protect market makers in these low volume contracts. The exchange hopes that the change will help increase volume in the contract. The rule changes establish a delay in execution of an incoming order against a resting order – passive order protection or POP – giving the trader a chance to cancel and/or reprice the order before it is matched.  It is a precedent-setting disruption to otherwise strictly observed orderbook priorities. ICE Futures US, one of a number of futures and equities exchanges belonging to the same company that owns the New York Stock Exchange, is not a major silver and gold trading exchange.

Right away, the change was controversial with some market participants, especially the FIA’s Principal Traders Group or PTG. ICE, which was required to report any opposing views in its new rule certification, noted the opposition in its certification to the CFTC. Instead of allowing the rules to go forward, the CFTC took the somewhat unusual step of publishing them for public comment until March 15. ICE’s POP is the first “speed bump” proposal to come before the CFTC.

The contracts were launched in 2017. They are both deliverable futures contracts (100 troy ounces of gold and 5,000 troy ounces of silver) except there is a futures contract expiration every day (with delivery the next day) and the contracts are listed no more than two days in advance. Delivery days are any London business day when New York banks are open for business (due to clearing). Contracts open at the end of trading on the expiration day have to be delivered. This seems like the market was designed for professional traders. Furthermore, the delivery point for the contracts is London.

According to the materials submitted to the CFTC by ICE Futures US, the gold contract was designed to help London participants transfer exposures that arise from participating in the ICE Benchmark Administration’s electronic London daily gold auctions into an ICE-cleared environment with guaranteed settlements. ICE encourages participants who are matched up in one of the twice daily auctions to use the exchange for physical mechanism to obtain futures contracts which settle that day and deliver the next.  The ICE Benchmark Administration is a division of ICE that has conducted the auctions since 2015.

The POP works by halting for three milliseconds an incoming order that would match a resting order. This gives the trader with the resting order time to pull the order and re-price it before it interacts with the incoming order. The traders who would take advantage of the very slight time gap to modify their orders are most likely arbitrage traders. The POP does not affect price-then-time priority in the order book. Any order that is cancelled and re-priced has no better priority than any previously placed order at the same new price.

In its submission, ICE says that by introducing the POP it is trying to encourage new participants to trade with less fear of being taken advantage of by other traders “due to a latency disadvantage.” Ostensibly, the exchange is trying to level the playing field for futures traders who do not participate in the IBA electronic auctions from the precious metals producers and merchandisers who do. ICE asserts that the POP will help liquidity and volume “particularly in those markets where price discovery takes place in a related market rather than, or in addition to, the Exchange futures contract and [where] latency arbitrage is common.”

Proprietary traders naturally oppose the POP, especially since latency arbitrage is one their most common and successful strategies. At any rate, POP is a departure from the general policy of implementing the most efficient method of execution in U.S. commodity derivatives markets.

In less than a month, on June 3, 2019, Eurex is scheduled to implement its own speed bump protocol (the passive liquidity protection or PLP) for options on German and French equities. (These contracts are not available for direct access trading from Eurex terminals in the U.S.) In Eurex’s notice to its members  the exchange said that the reason for its speed bump to improve liquidity in the order book in markets where price discovery occurs mainly in other venues. This is a similar situation as obtains in ICE’s precious metal futures markets where price discovery occurs principally in electronic bullion markets reported by ICE. Eurex seems to believe that it will attract more market maker orders if the playing field is tilted slightly to their advantage.

The POP rule changes are controversial with some of the CFTC Commissioners, with three of them expressing their concerns on the record. Dan Berkovitz and Brian Quintenz both provided lengthy statements about their opposition to the rules. Dawn Stump commented that she did not like the rule but could not find it so deficient under CFTC rules that she would block it given its very limited application.

The CFTC’s Division of Market Oversight provided a statement describing why it did not oppose the rule change – at this time, for these contracts, under these liquidity conditions. It also said that it does not view its permitting the rule changes to be implemented as setting a precedent. (One of the reasons the Division gives for allowing the rule to go forward is so they can learn about the effects of speed bumps on futures markets!) Maybe ICE’s speed bump won’t set a precedent, but it is clearly the camel’s nose under the tent flap.

The heart of the controversy about the POP is found in the name for the new protocol – passive order protection. Until now, it has been anathema to protect futures market participants from each other.