POV: Are Publicly Traded Exchanges Sticking It To You? 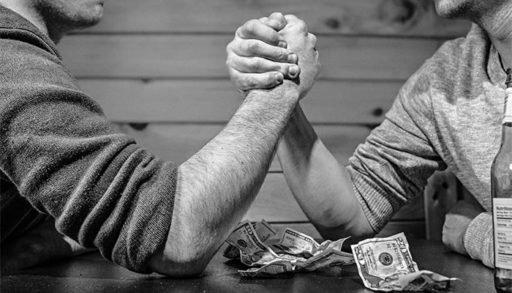 There is a recurring criticism of publicly traded exchanges – that they are not serving the needs of their customers, all to satisfy shareholders.

Such was the essence of the argument by James Andrus, an investment manager from CalPERS, the California pension and investment giant. On a panel at the World Federation of Exchanges annual meeting last week in Athens, he said stock exchanges are bending to the desires of listed companies on their exchanges on proxy voting rule changes and other policy changes at the expense of investor firms like his. And the motivation, he said, was that exchanges are “for profit” companies reaching for revenue.

Sandy Frucher, vice chairman of Nasdaq, was having none of it. In a blistering rebuttal he said today’s publicly traded exchanges are more regulated and more transparent than they have ever been. He added that criticisms of today’s exchanges are often misguided, especially as compared to the prior privately-held member run exchanges. He likened those exchanges to a “circus tent” where all the business conducted was aimed at serving the member firms, often to the detriment of the customers.

Frucher said he has grown tired of the comments and critiques that hark back to the old days and another exchange executive called Andrus’ comments “a cheap shot.”

The fact is, exchanges are sometimes at odds with the customers they serve. This is inevitable. Companies listing on an exchange pay good money to have their interests represented. Meanwhile, traders and investors pay good money to trade those companies. Is Andrus correct or is Frucher? It depends on where you sit, of course.

There is also the ongoing chorus of accusations that stock and derivatives exchanges are charging too much for data. From a prop trading firm or market maker’s perspective, the thinking goes something like this: If it weren’t for us, exchanges wouldn’t have any data to charge for. From the exchange’s perspective, there are costs associated with data and the additional data services. Besides that, when member firms agreed to demutualize, they agreed to give the exchanges the oversight of market data. In return, they received shares that have returned handsome returns.

So who is right? There is no question exchanges are reaching for more revenue streams than ever and that data analytics and other data related services offer great potential for exchanges. And by the way, they have a gorilla grip on data. From CalPERS point of view or from those firms moaning about data fees and other issues, exchanges are throwing their weight around unfairly.

Regulators stepped into the fray in May when the Securities and Exchange Commission said exchanges must do a better job at justifying price changes for data feeds. Whether the SEC is moving toward more stringent moves on the matter is still undetermined. (See today’s FT story: Exchanges go on offensive in dispute over cost of market data.)

It is a good debate on a panel stage with some of these issues being decided by regulators on the public stage. Stay tuned. This debate between customers and exchanges isn’t over by a long shot.