It’s not every day you hear one of the most successful traders and businessmen in the industry say he got his start as a card counter in blackjack.

“My brother-in-law told me that he made money in Lake Tahoe, enough money to pay for his vacations,” he said. “I said “Well, if you do that consistently, you should be betting a lot more money and you wouldn’t have to be an accountant.’ “

So Hull put his own money where his mouth was and took up the game of blackjack for five years learning probabilities and strategy. His success in the game allowed him to put $25,000 of his winnings into leasing a seat in 1976 at the Pacific Stock Exchange (now NYSE Arca).

The skills he learned in cards were simple but critical. Be “disciplined, systematic and objective.”

“You have to know the basic strategy extremely well, and then you have to be able to count the cards and play according to your strategy,  which is usually betting in proportion to your advantage and in proportion to your capital,” he said. “So if you lose half your capital, you suddenly have to reduce the size of your wagers by half. That discipline, doing that for five years, really served me in good stead on the trading floor.”

He also learned this the hard way in trading options on Sambo’s Restaurants at the Pacific Exchange. Hull was short about 30 out of the money calls when suddenly it was announced that Sambo’s was going to be taken over by another firm. Options he sold at 1/16th of a dollar were now suddenly priced at $5. It was a painful lesson that helped him learn risk management and how to manage capital to stay in the game.

His best trade is the stuff of legend, given that it occurred during the epic 1987 Stock Market Crash, when the Dow Jones Industrial Average plunged 508 points to 1739, or 22.6 percent on Black Monday, October 19, 1987.

Hull says he “just happened to have bought the bottom on that day.” But looking back, he said there was a reason for it. He had been trained by John Stafford at the Chicago Board Options Exchange, who taught him to always provide a two-sided market, even on large orders.

“The market might be quite wide and skewed to his position, but I did the same thing in what could have been considered a very foolish play,” he said, adding that on that day, he bought 100 lot order, considered very large size then. “That turned out to be the bottom of the 1987 Crash.”

Hull’s biggest trade was when he decided to sell his firm, Hull Trading Company to Goldman Sachs in 1999 for $531 million. At the time of the sale, Hull Trading was considered one of the premier market-making firms in the market, employing more than 250 people and trading on 28 exchanges around the globe.

But the deal with Goldman Sachs wasn’t planned. Hull thought the best strategy was to take the firm public. And only after Hull pushed forward with the IPO preparations over two years did he get a call from Goldman Sachs, which initially rejected him when he approached them about being an investment banker.

“Goldman Sachs said we were too small, we didn’t have a significant enough place in the marketplace and declined us as an investment banking client,” he said.

With the company nearing the roadshow for its IPO, Hull wasn’t too interested in meeting with Goldman. He declined to take several calls before Jerry Putnam, who later founded Archipelago, convinced him to speak with Goldman’s representatives. Goldman told Hull that they were considering making an offer above the IPO price and he was willing to listen. But it was a situation fraught with pitfalls.

Hull explained that if Goldman looked at the company and decided to walk away, it could have damaged the roadshow and IPO price it had set. Hull gave Goldman a day to bring in five people to look over the firm and make a decision.

“The issue was, is the technology scalable?” he said. “The brought in 10 people on Monday. And between that time and Friday, they brought 50 people in.”

Hull still wasn’t sure if the deal was going to get done before they embarked on the critical roadshow, so he told his team to pack two bags – one for the potential roadshow and other for a trip to NY to close the deal with Goldman. He closed the deal with Goldman and has since run Hull Investments, based in Chicago, as a family office along with several other entities including Hull Tactical Asset Allocation LLC, which launched its first exchange traded fund.

Hull’s latest challenge has been focused on researching whether or not you can time the market. The long held belief in the market has been that it is impossible to consistently pick tops and bottoms in the market. Prior to the 1990’s, financial research was locked into the “efficient market hypothesis.”

But Hull said a growing body of other research from Nobel Laureates such as Eugene Fama and Robert Shiller among others have chipped away at that idea, and that “return predicatability, is a fact.”

In March 2015, he published a white paper called “A Practitioner’s Defense of Return Predictability” with Xiao Qiao, where he argued that there “is substantial predictive power in combining forecasting variables.”

In the paper, Hull and Qiao draw from 20 variables that have been used in return predicabiltiy literature. Using correlation screening, the paper aims to prove six month forecasting on positions in the SPY.

The paper’s abstract notes that “Our simulated strategy yields annual returns more than twice that of the buy-and-hold strategy, and a Sharpe ratio four times as large. To eliminate look-ahead bias, we further perform the simulation including variables as they are discovered in the literature, and find similar annual returns and Sharpe ratios.”

Hull Tactical Asset Allocation, launched the Hull Tactical US ETF in June 2015, an actively managed exchange traded fund designed by Hull. The firm takes that conceptual white paper idea and has integrated it into an ETF that can “best forecast the next six months of return of the S&P 500.”

For Hull, debunking the idea that you can not time the market, is the next frontier for his work and perhaps modern investing.

“We have this stigma associated with market timing,” Hull said. “Robert Merton said that it was a fool’s errand to try to time the market. There’s such a stigma, that it actually creates an opportunity.”

In Hull’s view, the explosion of data has created more data and new analytical techniques that allow firms like his to analyze this very question.

Ultimately, Hull has been in the industry for decades because of his forward thinking, but also be holding true to what he learned at the blackjack tables in the 1970s.

“Everybody has a different way of approaching the markets,” he said. “Fear and greed are things that come into everybody’s psyche, so I have been forced, or had the blessing, to go with this disciplined, data driven approach.” 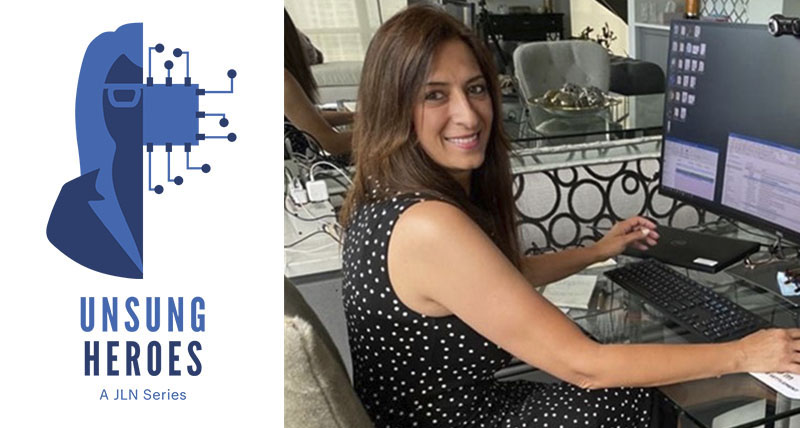 In the second installment of JLN’s Unsung Heroes series, CME Group’s COO Julie Holzrichter responded to questions about what it’s like managing operations under the unusual conditions brought about by the coronavirus. 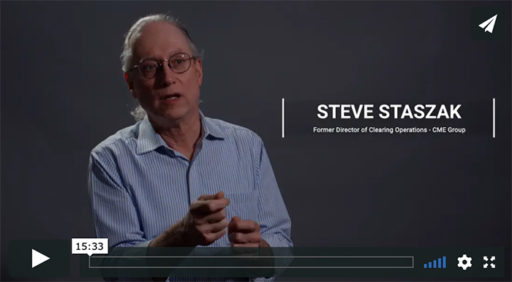 John Lothian Profiles: A Look Back with Steve Staszak

Former CME Group Director of Clearing Operations Reflects on a Career that Spanned the Modern Futures Trading Era Steve Staszak recently retired from the CME Group, where he was director of clearing operations. Staszak began his career at the... 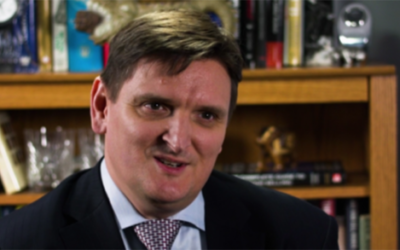 Ralf Roth got his start in 1994 at Deutsche Bank as a junior fixed income analyst. Starting at the bottom and working his way up, Roth occupied various roles in equities and prime broking before eventually becoming the global head of... 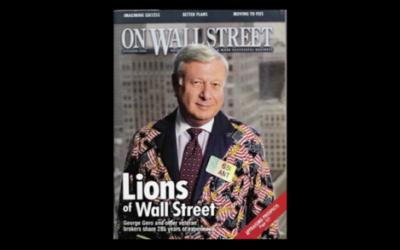 George Gero started out as a floor clerk on the New York Stock Exchange in 1959. He has been a witness to the growth and changes in the markets over the years, becoming a member of NYMEX, COMEX, the American Stock Exchange and PHLX... 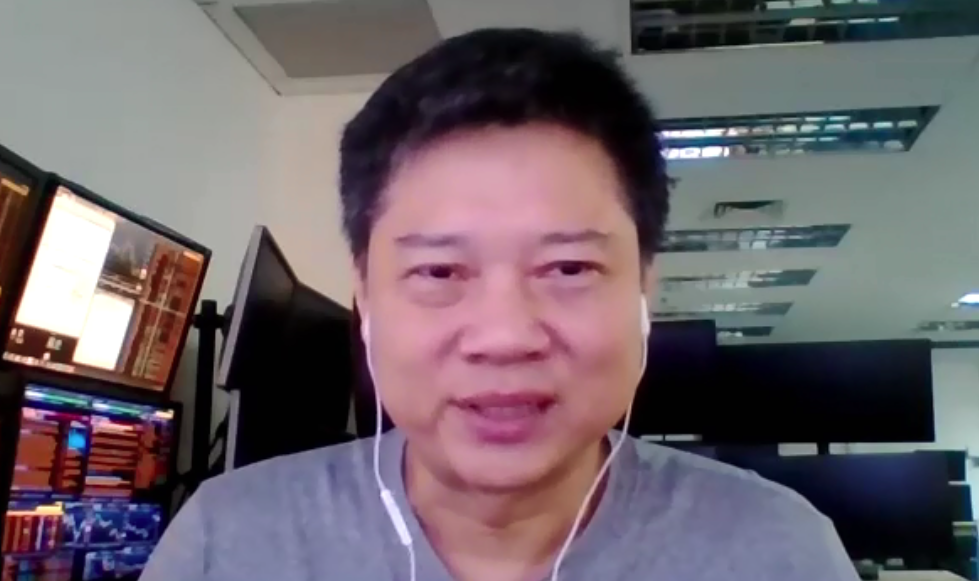 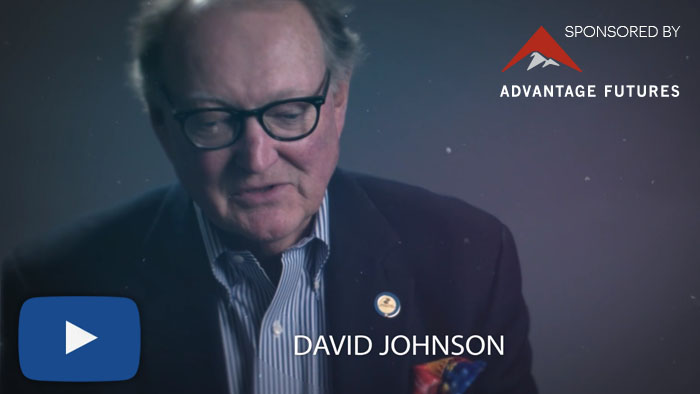 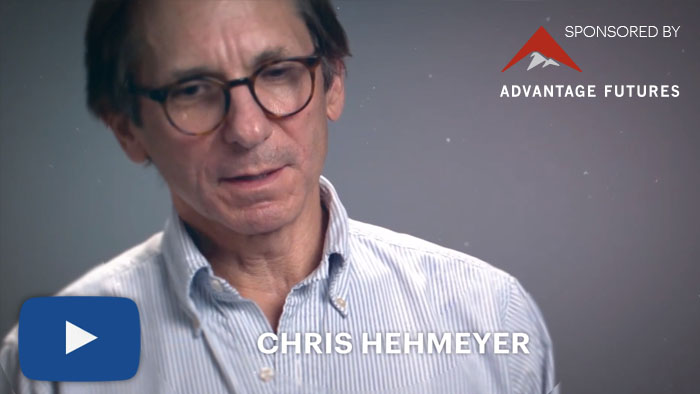 Chris Hehmeyer started out as a runner in the CBOT grain pits, but he really wanted to get into the financial room – which many of the grain traders sneered at. He did it, trading bonds and eventually becoming a phone clerk. 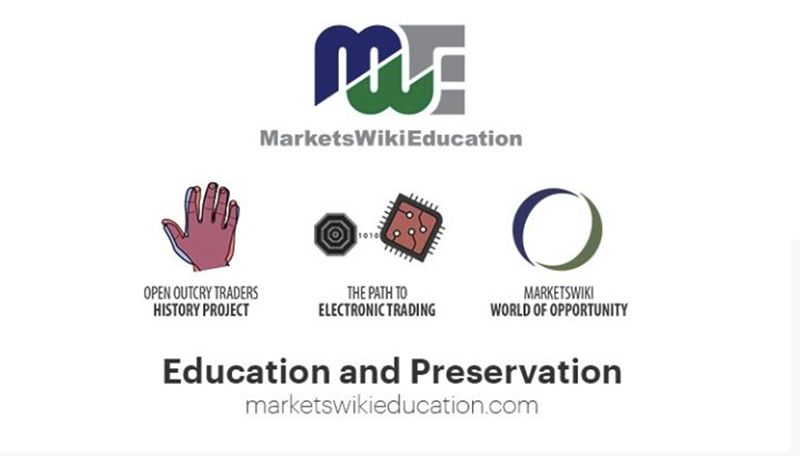