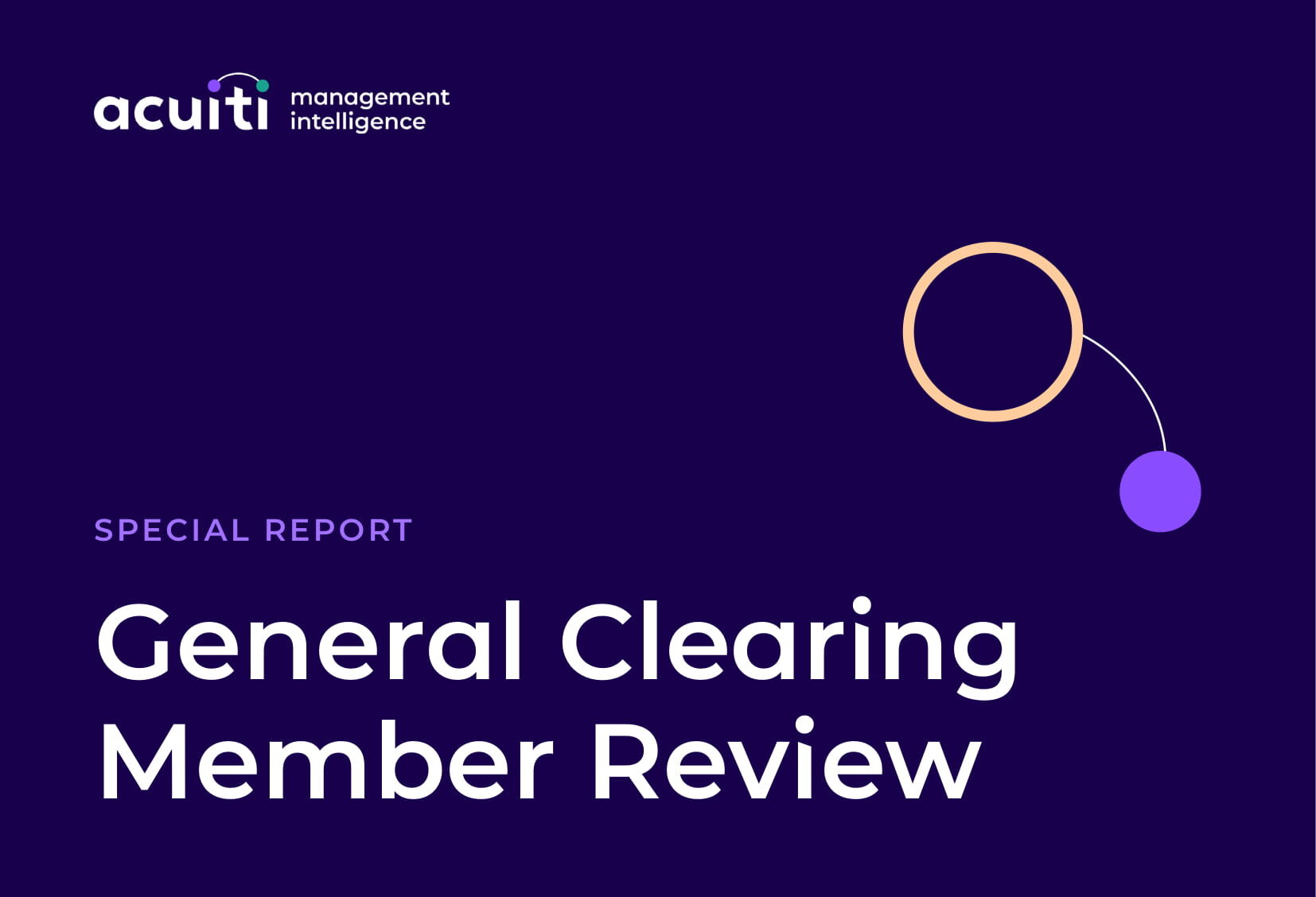 You could be forgiven for being surprised that global futures markets opened up this morning, or any recent morning, because, at least since trading went electronic and exchanges went for profit, the world has been nearing the end-of-days, lights-out apocalypse for clearing firms. Capital requirements, margin regulations, prudential regulators butting in, reporting, compliance and so on. No clearing, no trading. And yet more than 11.4 billion contracts were traded and CLEARED in the first quarter of this year alone.

So what is going on?

I guess I wasn’t the only one wondering about this. An intriguing report from Acuiti dropped on Wednesday. It takes a close look at what has been happening among clearing firms. Using publicly available information reported by the CFTC – the only source of data like this – Acuiti models the industrial organization of global “general clearing members” (GCMs). These are clearing firms that carry customer business.

Acuiti, a management intelligence platform focused on attitudes and practices in the derivatives industry, reports that since 2002 the number of clearing FCMs fell from 99 to 54. Acuiti segments the GCMs by the amount of segregated funds on deposit with them and finds remarkable stability in the number of firms with more than $100 million in segregated funds. One of the charts Acuiti provides shows that the shake out in the industry not only affected predominantly small and medium GCMs but also that it had by far its largest effects before and during the 2008-09 financial crisis. Dodd Frank Act-driven shifts in the industry were swamped by the ones that preceded the new law’s effective date.

Like all discussions of financial intermediation and clearing in derivatives markets, Acuiti notes that people are alarmed by risks attendant to the perceived concentration. But the report also notes that the percentage of segregated funds held by the top 15 GCMs in 2020 is about the same as in 2006. “Changes to regulations and capital requirements after the financial crisis, therefore, have reinforced existing trends in terms of concentration.”

Of course, that still does not mean everyone is happy with the current situation, and Acuiti wanted to see what clearing customers think about their GCMs. The survey covered clients’ levels of satisfaction with their clearing members as well as in-depth scoring of major GCMs. These discussions take up the lion’s share of the 45 page report, which the company provided to John Lothian News.

Acuity found some significant differences among the survey respondents themselves. According to Will Mitting, the founder and managing director of Acuiti, “ . . . what we did find was a clear bifurcation of the market with certain company types, in particular proprietary trading groups and brokers, facing significantly less choice in the market for GCMs than the buyside and regional banks.”

The survey results were based on 182 reviews of GCMs sourced from Acuiti’s network of senior executives at proprietary trading groups, brokers, regional banks, asset managers and hedge funds. Acuiti received enough responses that it could rate 13 different GCMs.

As the highest-rated GCMs according to their customers, the survey winners are: GH Financial in the non-bank category and JPMorgan among the banks.