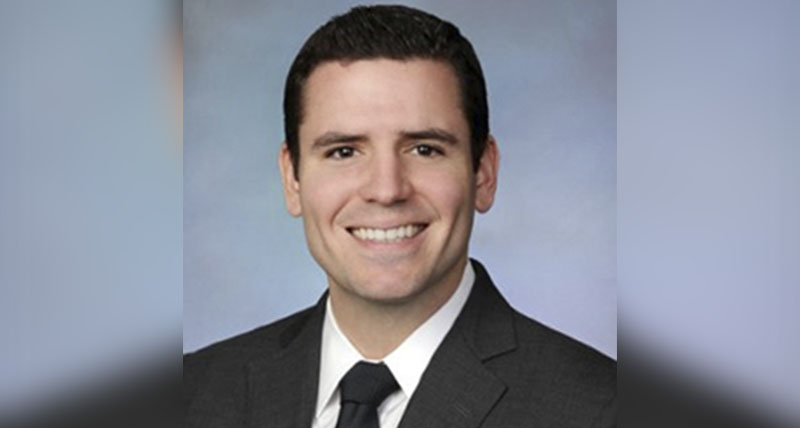 Fresh from his exit from the CFTC several weeks ago, James McDonald, former director of the agency’s Enforcement Division, Tuesday addressed several “big picture” themes advanced by the CFTC during his tenure.

The goal was to “redouble our focus on what we view as the core violations of the (Commodity Exchange) Act,” including manipulation and fraud, McDonald said. “You saw that actually play out in a few different ways,” he said. “You saw it in terms of the number and the depth of our commitment in trying to root out manipulative trading in markets,” whether it was spoofing or something else.

During fiscal year 2020 (which ended September 30), the CFTC filed 113 enforcement actions, more than any other year in the agency’s history, and imposed the largest monetary relief in the agency’s history. In that case, JPMorgan Chase and Co. agreed to pay the U.S. government $920 million in fines and disgorgement to settle spoofing charges, the largest payment ever agreed to by a defendant to settle a futures market manipulation charge.

Speaking on an industry enforcement panel at the annual Chicago Conference on Futures and Derivatives sponsored by Thompson Coburn, McDonald said the CFTC’s initiatives included a greater use of market data, collaboration with agencies like the Department of Justice and increased transparency.

“It’s one thing to say we are going to root out manipulative trading in our markets — of course we are — but how are we doing that?” McDonald said. “One of the principle ways we did it was to really revamp the way we thought about data and data analytics.”

That front-end data review included determining how the CFTC ingests data, having the right type of data in place in a usable form, and having the expertise within the agency to be able to use the data and build analytical tools on top of it, he said.

He said solving the data question “has really been a game-changer” for the CFTC over the past several years, allowing the agency to identify suspicious trading patterns to produce leads that could ultimately result in enforcement actions. This process does not involve data mining alone, but continues to be refined and developed, he said, sometimes when a market participant or witness comes in and says there is another way it can be done.

A second priority for the agency was to enhance the CFTC’s relationships with law-enforcement authorities, including with criminal authorities at the DOJ, McDonald said.

“Anybody who is serious about enforcement thinks not just about the end goal of bringing enhancement actions, but the end goal of trying to change behavior in a positive way” – trying to deter future misconduct before it happens, McDonald said. “We recognize in the right case there is no deterrent like the prospect of a criminal prosecution,” he said. “At a high level, I would expect that trend of cooperation to continue.”

Cooperation between the CFTC and the CME is also at an all-time high, said Steve Schweitzer, senior director of enforcement at CME Group. “Just in the past 12 months, we’ve never had more cooperative enforcement resolutions,” he said. “We are still working in parallel on investigations, but we have a more open communication with the division of enforcement,” Schweitzer said. “It’s best to resolve this together,” rather than piling up on a case in separate actions.

Finally, a focus on transparency at the agency included “taking a hard look at what our practices and procedures were within the division,” then writing them down and making them public, McDonald said. The CFTC published its first public Enforcement Manual in May 2019.

“The idea was to let folks know what we were doing and why we were doing it, and why we thought it was important, he said. “In the same vein we started publishing annual reports (for the enforcement division) where we laid out what we had done over the past fiscal year, so we didn’t just rely on informing the public through press releases or notices of enforcement actions.”

Tuesday’s conference also looked at regulatory changes over the past year. Panelists noted that the exchange environment has changed dramatically since COVID-19 came to the forefront in March, and regulatory and exchange rules have reflected that change.

The CME Group issued five special executive reports to the marketplace regarding amended regulatory rules that provide relief for market participants for problems due to the pandemic since March 15, said Robert Sniegowski, executive director of rules and regulations at the CME Group, speaking on a regulatory panel at the conference.

Given that the “entire world was working from home,” Sniegowski said, one new rule at the CME is that customer orders can be entered into Globex from places other than the trading floor, provided the trader has consent from his or her employer. The exchange also instituted a provision allowing regulated floor brokers not to have to obtain additional industry registration, conditioned on consent from their clearing member firm.

Additionally, options that have open interest have moved to Globex trading, whereas they were previously only available on the trading floor.

The NFA has issued similar COVID relief rules, said Jennifer Sunu, the NFA’s director of examinations. There is still a requirement to have a manual time stamp and maintain electronic records, although some firms might not be able to maintain records of phone calls.

In the current (COVID) climate, firms can conduct annual reviews virtually rather than on site, Sunu said. “We recognize quite a few APs (associated persons) are working from home and not from the branch offices of their firms. So it is not necessary to list those places as branch offices or list the people as branch office managers, or to take exams while COVID is going on.”

The NFA typically does on-site reviews of all its members, but has switched to virtual exams “for the foreseeable future,” Sunu said. “We’re asking firms to submit their records to us electronically. And we’re using video chats to conduct interviews and exams. It is an unusual time for everyone, and we are trying to be as flexible as possible.”

McDonald said one “can’t have any kind of narrative about working in enforcement (in the past year) without talking about COVID.” He added that he was proud of the CFTC staff’s transition to an all-virtual environment during the pandemic. “If there is any silver lining here,” he said, “it is the possibility that all of this has led to a little bit of an increase in civility between enforcement and defense attorneys, with more communication seen ahead of virtual hearings.”

A link to a rebroadcast of the virtual conference is expected to be published on the Thompson Coburn website.