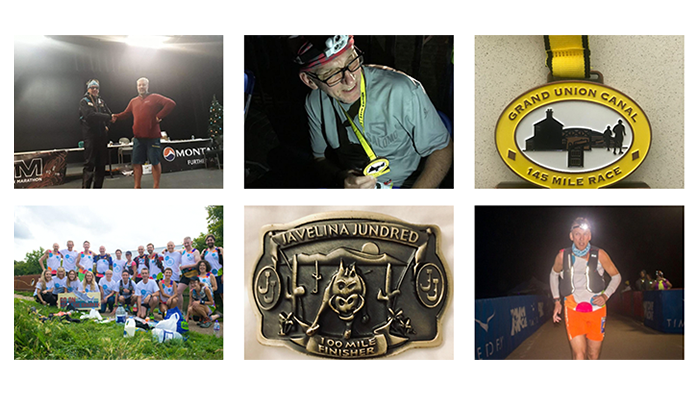 Mark Thornberry passed away at the age of 59 from liver cancer. Mark was a longtime industry derivatives technology sales professional and ultra-runner who responded to his diagnosis of liver cancer by continuing to do what he loved – running – and used the experience to help raise money for liver cancer research. Mark was profiled by Runner’s World in the this piece from June 16, 2020 titled “Remembering Mark Thornberry; The much-loved ultra-runner and fundraiser has died following a long battle with liver cancer.”

I asked Alex Lamb, a two-time former colleague of Mark’s, to offer a reflection on Mark. I also ask Robbie McDonnell, who helped Mark found Trading Technologies UK. Here are the reflections of Alex and Robbie:

Mark and I became friends in the late ’80s – when we were neighbors in a complex of barns in Borehamwood in Hertfordshire that his father had renovated. We got to know each other very well – he’d been involved in an early voice recognition software/hardware business and struck me as a very tech savvy guy, and was always interested when we chatted about tech innovation that I saw in the city, in those days (nascent) electronic trading being one of them. He and our families stayed in close touch after I moved to Frankfurt and then to Chicago, meeting in Europe whenever we could.

When Gary Kemp of TT wanted to open a London office in late 1997, I recommended Mark for the position. Industry experience was secondary to what we saw as a talented guy whose experience and education would be a cornerstone of a brand new business in a then very new field – he brought a serious and responsive persona into the tech and trading world, that our counterparts at our new customers in London needed and trusted. I also remember introducing him to Setters at the first FOW that TT UK attended.

He was funny, but also serious, quick on the uptake, a crazy rugby nutter, liked Guinness, good red wines and excellent food. He was the reason TT was successful in the UK in the late 90s and early 2000s. He recruited Robbie McDonnel, Nick Edwards and Roger Chandler, just to name a few. He was a mentor to all who worked with him.

I was lucky enough to work with him a second time at RTS where he too made a massive contribution to our success in re-inventing the company.

Not a stranger to change, his adaptability and resilience under difficult circumstances was clearly what kept him going in his quest to make sure that he could make a difference to others suffering from the disease that ended his life so prematurely. I hope that many will donate to his cause in his memory.

All who knew him will miss him sorely.

Here is the reflection on Mark by Robbie McDonnell:

It was with great sadness that I learned of the passing of Mark Thornberry. I first met Mark in July 1998 in the basement of a nondescript one roomed office in central London. Mark’s zest for life and sense of fun was palpable from the outset and within an hour I knew that I wanted to work for him. We shook hands and he then suggested we go for a pint of Guinness to seal the deal, the first of many over the years. Trading Technologies UK was now up and running, the rest as they say is history.

Mark just loved the business and was totally at ease when delivering concepts and painting pictures of the future. His passion shone through and he always went the extra mile. He truly cared for his people and would often have us around to his house where he and Kate would entertain us as we all got to know him personally along with his two beautiful kids Harry and Molly.

Mark was diagnosed with an incurable form of cancer in 2017 and was given 6 months to live. In true Mark fashion he decided to fight. He began running a series of ultra marathons of up to 145 miles and in the process raised more than £100K to fund a research project at King’s College Hospital. This was the final signature of the man and ultimately his great legacy. He will be remembered for his generosity of spirit, his kindness and his sense of humor. Rest in peace my friend, you will always be an inspiration.