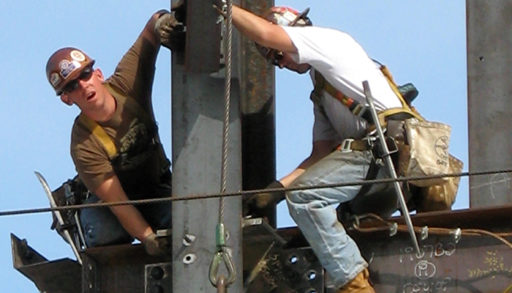 The London Stock Exchange Group has plenty of reasons to be in the news due to its pending merger with Deutsche Boerse, but while all of those discussions take place, parts of the LSEG family are making moves of their own.

The two arms in motion are MTS, a bond trading platform, and UnaVista, a back and middle office platform for reconciliation, reporting, matching and validation. Both are in a similar situation — they have a large presence in Europe but not so much in the United States. For example, MTS is dominant in EU sovereign bond trading and UnaVista handles some 70 percent of all the UK’s MiFID reporting.

UnaVista and MTS aren’t starting from scratch in America, though. UnaVista started to branch into the United States about three years ago. It forged a deal with DTCC and has been lending its thoughts on ongoing regulatory efforts such as the consolidated audit trail (CAT).  MTS’s current existence in the US is mostly due to its 2014 purchase of the trading platform Bonds.com, which gave it a foothold in corporate fixed income trading.

For UnaVista, the near term is about taking advantage of opportunities it sees on the buy side.

“This year we’re looking to build out our buy side suite platform to be able to cater not only to the US market — doing things like shareholder disclosures, beneficial ownership, short selling — but on a global scale and be able to offer a sort of one stop shop to our clients,” said David Morris, LSE’s U.S. product manager.

UnaVista also sees an opportunity to partner up on the consolidated audit trail and offer a reporting system around that. But in the end, UnaVista’s success is dependent on allowing a client firm to shed multiple technology vendors by switching to UnaVista, while cutting their costs in the process.

“Getting these different data sources to talk to each other is a lot of the time — they’re coming from very disparate places. This could be everything from your HR database to your trading system to your data warehouse,” Morris said. “All of those need to come together. That’s really what the platform allows you to do — we can take data from any different source and stick it all together into the correct thing, let you manage the exceptions and then push it out to the regulator as you need.”

MTS, on the other hand, faces the challenge of breaking down the entrenched American voice broking culture surrounding bond trading.

In Europe some 50 percent of bond trading is electronic while that number is closer to 20 percent in the United States. Although David Parker, MTS’s head of sales, doesn’t see those numbers converging fully, it definitely represents an opportunity for expansion.

“It’s selling the benefits and [pushing back] against the inertia of the existing model. We have a hybrid model, which we think does a really good job of addressing that.”

MTS employs a staff of salespeople who serve as a support network for those adapting to electronic trading, thus retaining an element of voice broking for those who want it.

“It sounds simple, but I think a lot of the electronic providers, by not having that [support], are really missing out, because people are uncomfortable with going to a new technology,” Parker said. “It can make a big difference on your returns or your profitability.”

Also, normally when an American company with substantial fixed income activity gets to a certain size, it will open a European base of operations. But with the current anxiety and uncertainty swirling around the continent, Parker believes that likely won’t happen as much. As firms look for an electronic bridge across the pond, MTS wants to step in there.

Overall, the platform supports some 900 clients and quotes some 14,000 prices at any given time.

With regulatory reporting concerns continuing to dominate the industry and European politics casting a pall over physically expanding an operation into Europe for bond trading, LSEG’s solid foundation may get built out quicker than expected.