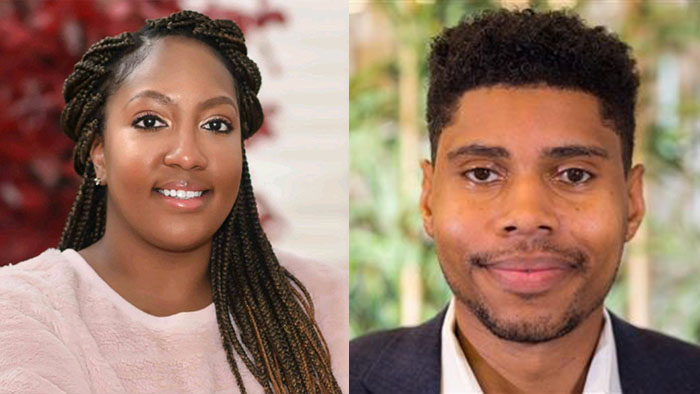 “Everybody having what they need to succeed” defines “social equity,” according to Akele Parnell, an attorney with the Chicago Lawyers’ Committee for Civil Rights. With regard to the nascent Illinois cannabis industry, the question shouldn’t be “Is it working?” but rather “Will it work?” he said, speaking on a panel at the cannabis-focused Sparklist Summit on Sunday afternoon.

Among the many things upended by COVID-19 was the launch of important social equity initiatives. Illinois, which is the first state that has a legislature-driven recreational marijuana law, has a legislative mandate to provide opportunities for socially disadvantaged populations, particularly those who suffered the most under the federal government’s decades-old “war on drugs,” namely Black and Brown people.

Rashaunah “Shawnee” Williams, a co-founder of Illinois Equity Staffing, which supports the cannabis industry in education, job placement and human resources, among other things, reminded the attendees about the spirit of the law. She encouraged people to use the law’s requirements as an opportunity to work together rather than to look at it as requirements that need to be worked around.

Once appointed by former Mayor Rahm Emanuel to the Chicago Small Business Advisory Council to help promote neighborhood-based small business growth, Bruce Montgomery also spoke on the panel, calling on the cannabis industry to use this opportunity to do something different. Montgomery pointed out that although a lot of work went into drafting the social equity parts of the law, this law is not the “finish line” but rather the starting point.

Illinois’s cannabis laws are the most explicit and thorough-going ones in the nation regarding social equity so far. They were written with the express purpose of addressing long-term concerns about the economic and social effects of the disproportionately harsh enforcement of marijuana laws in Illinois.

Applications for new licenses for retail and growing operations are scored and social equity points can help an application, as they can account for up to 25% of an applicant’s score.

The Illinois Department of Commerce and Economic Opportunity also implemented additional programs that can especially be helpful for social equity license applicants. These supports extend to direct assistance on preparing the applications, reduced fees and low interest loans.

As one of the panelists, Williams, told Marijuana Business Daily earlier in the month, “As far as everything being written in for social equity and social justice, I’m super proud to say I’m from Illinois.”

So how is it all turning out?

It isn’t, yet. When January 1, 2020 rolled around, the social equity program had not been finalized so only the legacy participants in Illinois’s medical cannabis program qualified for the recreational sales program. The state continued working on the regulations, announcing a deadline of April 15 for applications to the first set of licenses. Awards were expected to be announced before the start of summer. The COVID-19 measures delayed application deadlines and pushed out timing for awarding the licenses.

Licenses could start being granted any day now, and that may be critical for some potential licensees. Applicants had to be pretty far down the development road before they applied and many are likely carrying business costs through this COVID-19 delay that will never be recouped. Capital for small businesses – even with some government support – does not come from an eternally flowing spigot.

Even so, in light of the delays and recognizing the problems and challenges of getting such an aggressive and comprehensive program off the ground, the Sparklist Summit speakers all seemed to be of Williams’s view that they are “super proud” to be from Illinois.