Suzanne joined JLN after having been part of the communications team at Cboe for the previous five years. She also spent 10 years at the Chicago Tribune, and it was a former colleague at the paper that recommended her for the new job, for which she was recruited.

I am happy for Suzanne and grateful for the two-plus years she spent with JLN. She and I first crossed paths at Commodity News Service in the 1980s when she was hired for a position for which I was also a finalist. We eventually worked together at CNS, later known as Knight-Ridder Financial News, when I was hired there several months later.

Suzanne is a superbly talented writer and an excellent reporter and editor. In fact, her editing left me wondering whether English was in fact my first language. In the old days, she would have run through a lot of red pens editing my work.

I am very proud of the work Suzanne did for JLN, particularly the excellent Special Report on Spoofing which she collaborated on with former JLN colleague Thom Thompson. Suzanne showed a healthy appetite to try new journalistic styles, including podcasting, video and convergence journalism. She and Thom also pioneered JLN’s “botanicals” beat, covering the business of cannabis and hemp. She will be missed by the entire JLN team.

However, I am happy to report that Suzanne has agreed to become a consultant to JLN to coach Alex Perry in her work on The Spread. Additionally, we are adding Suzanne to the JLN Advisory Committee.

Alex, who joined JLN this fall as an intern after graduating from the Medill School of Journalism at Northwestern University with a master’s degree, has been officially hired by JLN as an associate editor. Alex will continue her work on The Spread and add more original content to  our coverage of options and the global exchanges. Alex will also become part of the JLN traveling team and will act as principal videographer at the FIA’s Boca conference in March.

Additionally, we are seeking to hire an intern or a part-time writer for the JLN team. Contact me at johnlothian@johnlothian.com if you know of someone who is qualified and interested.

END_OF_DOCUMENT_TOKEN_TO_BE_REPLACED 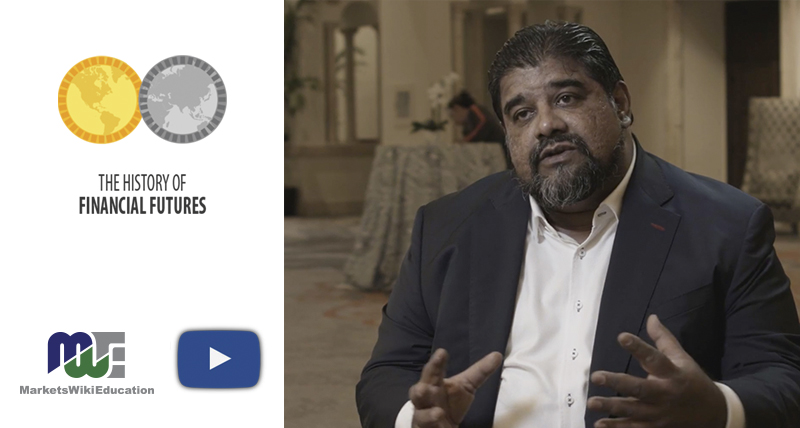 The History Behind SGX; An Interview with Rama Pillai for The History of Financial Futures – a JLN Interview Series

In 1978, the Gold Exchange of Singapore (GES) was created by some Singaporean bullion dealers. Then in the early 1980s, the Monetary Authority of Singapore and financial community leaders sent teams around the world to examine different market structures. One was sent to Chiago to examine the Chicago Mercantile Exchange, Pillai said. The Singaporean team sent to Chicago liked the CME model and felt it would work well in Singapore. This led to the creation of the Singapore International Monetary Exchange or SIMEX.