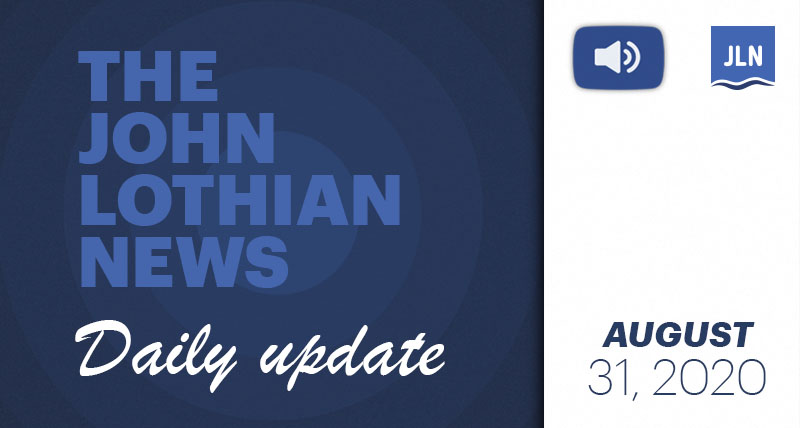 I received a note on Friday afternoon from a OneChicago executive with the August 14 notice the exchange was going to close. I was surprised and embarrassed all at once that I had missed this news from a week before.

As I wrote above, the creation of OneChicago and single stock futures help drive the development and popularity of this newsletter. I am still a believer in the potential for single stock futures, though the obstacles to success still are tough. I do expect we shall see some people get back into the sector. I have always said ownership matters and OneChicago just had the wrong ownership configuration and grouping.

Speaking of OneChicago, former OneChicago executive Peter Borish was featured on the podcast “The Rabbi’s Husband.” The subject of his chat was “Leviticus 25:35-38 – “No standing by.” Borish talks about how his prediction of the stock market crash of 1987 helped create the charity Robinhood.

The CME Group today announced the launch of options on its Micro E-mini S&P 500 and Micro E-mini Nasdaq-100 futures contracts. They are available for trading today.

Some of the notable stories and notices of the day are “10 years Eurex and Korea Exchange – a prime example of a successful partnership” from Eurex, “Berkshire Hathaway Buys Stakes Valued at a Total of $6 Billion in Five Japanese Companies,” “TikTok Deal Talks Are Slowed Over New China Rules,” and World’s Richest People Smashed Wealth Records This Week.

Oliver Frischemeier, the head of corporate engagement & executive services at Deutsche Boerse, is celebrating this 10th anniversary at the exchange. He started as a student assistant and worked his way up. Congratulations Oliver!

The valuation of Chicago’s Palmer House hotel is 45% lower than it was two years ago, indicating how much the pandemic has impacted the hospitality sector.

NZX is trading normally today, despite new cyber attacks, it reports. However, the NZX website is still offline and still under attack.

The slowdown in air traffic has left one of United Airlines’ snack suppliers with 15 tons of high quality mixed nuts. If you want some nuts at a good price, now is your chance. Also, United Airlines dropped its $200 flight transfer fee. American Airlines is cutting its October flights by 55% versus last year and cutting out 15 cities because of the pandemic.

Ihodl.com has a story that the “Winklevoss Forecast Bitcoin to Reach $500K.” By the same token, the magazine imshameless predicts I will be named most handsome man of 2020.

This week on The Spread – the Fed opts for higher inflation targets, the OCC gets featured, Cboe has a new options product, and more.

Manipulation Helped Kill Libor. Its Replacement Needs to Be Stronger.
Barney Frank and J. Christopher Giancarlo – Barron’s
This summer marks the 10th anniversary of the passage of the Dodd-Frank Wall Street Reform and Consumer Protection Act, designed to address flaws and abuses that led to the 2008-09 financial crisis. One of the authors of this opinion played a leading role in the law’s drafting; the other in its subsequent implementation and enforcement.
/bit.ly/3jtLptN

*****Barney and Chris is not a combination I would have put together.~JJL

Female Fund Managers Beat Men at Stock Picks: Goldman
Lu Wang – Bloomberg
It’s a departure from past years with no gender differences; Female managers’ love for tech, Tesla helps their performance
Female managers remain woefully under-represented in the fund industry, but they’re doing a better job picking stocks than their male counterparts, at least this year. Among some 500 large-cap U.S. mutual funds, those with at least one-third of manager positions held by women have beaten those with no women by 1 percentage point in 2020, data compiled by Goldman Sachs Group Inc. show. That’s a slight departure from the previous three years, when the gender difference had little impact on fund performance.
/bloom.bg/3jvqiaB

Financial Marketing Agency Gate 39 Media Ranks as an Inc. 5000 Fastest-Growing Company for 2020; Gate 39 Media’s commitment to growing revenues for clients in financial and agricultural services has landed the firm on the prestigious list for 2020.
Gate 39 Media
Gate 39 Media, a full-featured marketing and technology agency dedicated to serving the financial and agricultural industries, today announced it has ranked #3,266 in Inc.’s annual list celebrating the 5,000 fastest-growing privately held companies in America.
/bit.ly/3jon2h4

*****Congratulations to Shane Stiles and his crew for this ranking. They worked hard to earn it.~JJL

COVID-19 scary? Japan group offers coffins, chainsaws for stress relief
Tim Kelly and Akira Tomoshige – Reuters
Finding the pandemic scary? A Japanese group is trying to take people’s minds off COVID-19 – by putting them in coffins surrounded by chainsaw-wielding zombies. Customers this weekend in Tokyo can lie in a 2-metre (6 1/2-foot) windowed box, listening to a horror story, watching actors perform and getting poked with fake hands and squirted with water.
/reut.rs/31IIuaP

****** Anything to get your mind off the pandemic.~JJL

Friday’s Top Three
Our top story last Friday was The Economist’s In twenty years, exchanges have gone from clubby firms to huge conglomerates. Something we have seen in so many other industries. The second story was from Crain’s Chicago Business, Don Wilson changes course on Gold Coast landmark. Personally I am glad for this. I have been to The Three Arts building many times and it is a real gem to have lunch at or a few drinks. Wonderful place. Third is from Traders Magazine, Will remote traders last the distance?

OneChicago to close on September 18 for trading. Long live OneChicago.
By John Lothian

The John Lothian Newsletter started in 2000 as a viral marketing experiment to help me grow my online brokerage business, but also my promotion of Commodity Trading Advisors. That was the economic reasoning for starting at the time.

However, the idea of single stock futures was also a driving reason for the creation of the newsletter and its virtual growth. At the time, I worked for an Introducing Broker. I did not know how single stock futures were going to impact the industry and its structure, but I had a sinking feeling that IBs were going to be on the losing side of that.

I needed a career hedge in case the IB business was gravely harmed by the introduction of this long desired product. Creating the newsletter would give me higher visibility in the industry, helping me network with people I knew and people I would come to know.

Hemp Prices: “I’ve Fallen and I Can’t Get Up”
By Thom Thompson – John Lothian News

The August 2020 Hemp: Benchmarks and Analysis was published last week by our friends at PanXchange. Now, at the end of August the harvest of field grown industrial hemp has not only begun, but also some early harvested hemp targeted to the cannabidiol (CBD) market is beginning to change hands.

PanXchange reports that they have seen new crop CBD hemp trading at a premium to last year’s crop. The premium for new crop hemp reflects, at least in part, the risk that the cannabinoid profile of hemp can deteriorate over time. Dominated by transactions for last year’s crop, PanXchange’s August price data show the price of CBD hemp stuck in the basement where it has been all this year. There is still a large overhang of 2019 supply to work through.