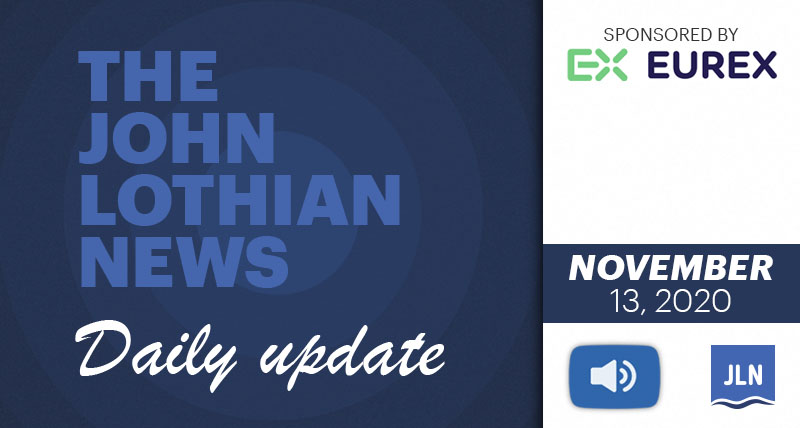 I would like to give a big thank you to the JLN team for all the hard work they did this week covering FIA EXPO-V’s panels and interviews. JLN for several years has had the highest number of reporters covering the EXPO and this year was no different.

Thank you especially to JLN Editor-in-Chief Sarah Rudolph, who organized the coverage assignments and edited all the JLN original content. Thank you to Suzanne Cosgrove, Matt Raebel, Thom Thompson and Jeff Bergstrom for their hard work this week, and without the normal EXPO cocktails parties to unwind.

Congratulations to the FIA team on a great week of program. Thank you to Emma Davey, Charlie Jones and Steve Adamske in particular for their great work. To move an event like EXPO from a huge in-person conference to an impactful virtual event is not an easy task. You pulled it off very well.

There is one thing I do miss about the in-person EXPO though, and that is seeing Walt Lukken scutter around the EXPO hall to say hello at many of the booths. Nothing like those photo-ops.

Riskfuel was named yesterday by the FIA as Innovator of the Year. Options AI was named the runner-up, and Wematch won the inaugural People’s Choice Award. What is amusing about the press release announcing the winners is that it had a dateline of “Chicago” as if we were holding EXPO-V there rather than virtually, in cyberspace. I guess Chicago is better than using a dateline of “Walt’s Laundry Room.”

Thank you to the panelists in my discussion yesterday about small contracts and retail trading. I particularly want to thank JJ Kinahan, who subbed for me to start the session as my internet crashed just as we were about to start. I ran the whole Zoom panel off the hotspot connection on my iPhone. Thank you also to panelists Lynnette Lim, Tom Sosnoff and Kevin Darby for their participation.

Former Lab CFTC Director Jeff Bandman was once on Jeopardy with Alex Trebek. Trebek recently passed away, so Bandman was showing on social media the autographed picture of his Jeopardy experience.

Kevin Webb is starting a new chapter of his career at the CFTC. He has left Commissioner Brian Quintenz‘s staff, where he was chief of staff, and is now working in the Office of International Affairs. Commissioner Quintenz had previously announced he was stepping down as commissioner as of October 31, 2020.

Legal ace Renato Mariotti, a former federal prosecutor, has a commentary piece in Politico titled “The Right Way to Investigate Trump Once He Leaves Office.” Let me give you two words: Special Prosecutor. And, I happen to know a guy.

Thank you to Jessica Darmoni of ErisX for her donation which nudged our JLN MarketsWiki Education GoFundMe campaign over $15K, and also to Dayre Lashnits of DTN for shooting us higher with her donation. Darmoni is a former protege here at John Lothian News who is a co-founder of WILD. Dayre Lashnits is a former NYSE LIFFE, then Euronext executive who is now with DTN. We at JLN continue to be humbled by the broad support we are receiving for our GoFundMe campaign to help preserve industry history.

I have placed another order for skyr from Gammel Gardens Creamery. Skyr has ruined Greek yogurt for me forever.

I was honored last night in a virtual meeting of the Chippewa District of Boy Scouts of America in the Three Fires Council, along with three other unit leaders, for starting girl Troop 117. The award bestowed upon me was the William D. Boyce New-Unit Organizer Award. I have now been awarded this by two different Boy Scout councils. I was previously given the award for starting an all-girl Exploring Club in the Pathway to Adventure Council.

Although it was a period of heightened volatility, 2020 was a big year for retail investors who jumped in as many institutional investors moved to the sidelines. Finally, over the last week and a half, those institutions are coming back in, said Ed Tilly, chairman, president and CEO of Cboe Global Markets.

Mini and micro futures contracts at various exchanges have been gaining a lot of traction lately, presumably because of the “Robinhood effect” of retail traders coming into the markets. Our own John Lothian led a panel at FIA Expo-V Thursday titled “How Small Can You Go?” (an ironic title for a John Lothian-led panel, since anyone who has met John knows he cannot go small at all).

Amid the COVID-19 pandemic, the financial industry has largely shifted to working from home this year. On Day Two of FIA Expo-V, executives from major institutions throughout the financial industry shared what they had learned from shifting to remote and work-from-home (WFH) business models, as well as coping with wild volatility, unprecedented trade volumes, and regulatory obstacles. Scott Andersen, the director and head of listed derivatives clearing at Societe Generale, led the discussion.

As the deadline for the end of the London Interbank Offered Rate (Libor) looms at the end of 2021, a host of legacy issues and alternative rate choices remain on the table, members of a FIA Expo panel on short-term interest rate rates agreed. 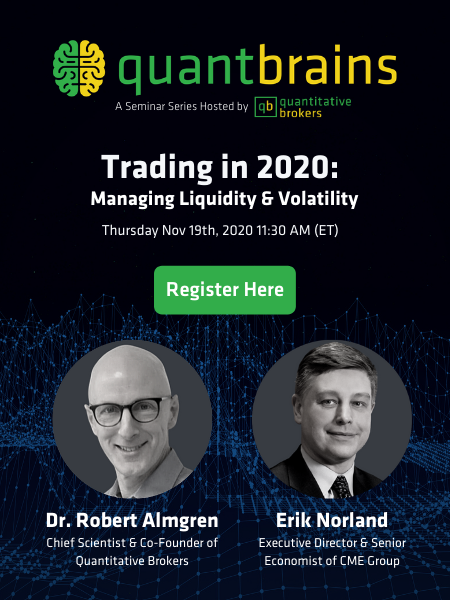 ***** I like the name Riskfuel, but really, my risk does not need any extra help.~JJL

Ivy League Nixes Next Sports Season as Virus Rages Across U.S.
Janet Lorin – Bloomberg
The Ivy League athletic conference is canceling its winter sports season, as the Covid-19 pandemic forces schools to rethink in-person activities while infections are rising across the U.S.
/bloom.bg/36tdEEd

*****There goes the fencing season!~JJL

Some Grocers Bring Back Purchase Limits as Covid-19 Cases Rise; Retailers say there is higher demand for some staples, but shoppers aren’t stockpiling as much as they did in the spring
Jaewon Kang and Annie Gasparro – WSJ
Grocery stores are reinstating purchase limits on items like paper towels or soap for the first time since the spring, as consumers stock up on staples amid rising Covid-19 cases. With people staying at home more, retailers say there is renewed demand for paper products and frozen foods. Stores also are reporting new shortages in staple cooking ingredients like butter and spices.
/on.wsj.com/32EmMo8

*****I am stocked up on pancake mix. It was mostly a lack of communication, not strategic.~JJL

This is a massive failure of character among Republicans — with evangelicals out in front
Michael Gerson – Washington Post
One of the better speeches I helped produce for George W.?Bush was never given. On election night 2000 — standing outside in the rain, at an Austin victory rally that never happened — I had the copy of a concession speech in my pocket. As I remember it, the first lines were: “I have just talked to my opponent, who is no longer my opponent. He is the president-elect of the United States.”
/wapo.st/36uy1ks

*****An important read for those who have the ability of self-reflection. If not, don’t bother.~JJL

Swiss to ban deducting bribes from taxes starting in 2022
John Miller – Reuters
Swiss companies will no longer be able to deduct bribes paid to private individuals from their taxes, Switzerland’s government said on Wednesday, according to an update of tax laws due to take effect on Jan. 1, 2022. Beyond bribes, costs from financing criminal activities or money paid in return for a crime to be committed will also no longer be tax deductible once the legislation takes effect after next year, the government said.
/reut.rs/3eYcLXP

*****This is nice of the government not to underwrite bribes anymore.~JJL

CryptoMarketsWiki Coin of the Week: Ethereum
Ethereum’s digital DeFi ecosystem shut down temporarily as an unplanned fork split the Ethereum blockchain’s transaction history. The issue was caused by a bug in a recent upgrade to Ethereum’s code related to Go Ethereum, also commonly referred to as “Geth.” Ironically, the Geth update was done to prevent this exact kind of bug.
bit.ly/2EFAxGN

Thursday’s Top Three
Our most read story on Thursday was the Global Investor Group’s story, Goldman Sachs in talks to buy Trading Technologies – sources. Second was the worrisome story from Bloomberg, How a Covid-19 Vaccine Could End Up Helping the Virus Spread. Third, from Yahoo Finance, was Nasdaq, Other Exchanges To Meet Texas Governor Next Week To Explore Relocation Out Of New Jersey.