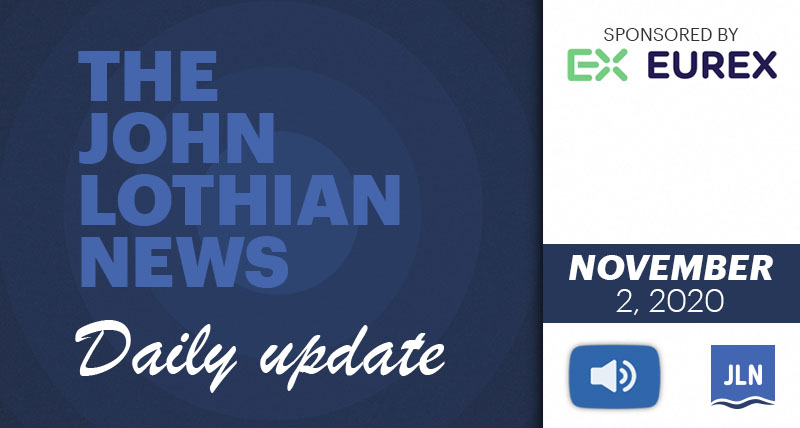 Sean O’Toole, David Silverman, Michael Unetich, Ellen Resnick and Anonymous are the latest to make a donation to the JLN MarketsWiki Education GoFundMe campaign. Sean O’Toole is a CBOT member, David Silverman is a former CME board member and now proprietary trading executive. Michael Unetich is a Trading Technologies executive and former trader whose story was told recently in The Path to Electronic Trading. Ellen Resnick is the brilliant public relations professional behind Crystal Clear Communications. She is also a former head of corporate communications for the Chicago Mercantile Exchange. And Anonymous is just another supporter who wishes to stay behind the scenes. Thank you to all of them, to all who have given and all who have yet to give to our GoFundMe campaign. Help support our efforts to preserve industry history by contributing to our GoFundMe campaign.

Betty Liu is leaving ICE and NYSE today after two years as chief experience officer of ICE and executive vice chairman of NYSE. She is off to investing and acquiring media companies, and hopes ICE will be an investor. She announced this on LInkedIn.

Kristin Boggiano of CrossTower has an article in Cointelegraph titled “Central bank digital currencies have the power to upend global finance.”

The NFA has a notice on their website: If you engaged in business with Gregory L. Gramalegui or Emini Trading School between October 2010 and 2015, you may be eligible for restitution. Visit the NFA’s restitution page to learn if you qualify.

The Mega-Macro Event That Upsets Everything Everywhere
By John J. Lothian

When Julie Ros of Profit & Loss announced the closing of the publication, she listed all of the macroeconomic events that P&L had overcome over the years, including 9/11 and the financial crisis. This one they were not able to overcome, and so Ros decided to close up. After a discussion with Ros late on Friday, I decided it was not a macroeconomic event that caused P&L’s closing, but a mega-macroeconomic event.

A macroeconomic event caused me to lose my first job after graduating from college; the Farm Crisis of 1984. There was another macro event in the futures industry that coincided with the Farm Crisis; the reorganization of the regulatory structure of the industry as the National Futures Association came online and implemented the new FCM/IB framework.

My first job was as a news reporter in 1984-85 for Commodity News Service (“CNS”), which was owned by Knight Ridder. CNS was one of two major wire services covering the markets at the Chicago Board of Trade, the other was Reuters.

Hemp farming is experiencing normal growing pains. We can see the industry’s maturation in the evolution of the legal, commercial and business issues hemp farmers and processors are grappling with. Instead of struggling with regulatory restrictions, hemp producers are confronting issues that could beset any infant industry.

South Carolina newspapers are reporting that a former Clemson University national champion football (1981) coach who returned to farming after retiring from coaching is now embroiled in a lawsuit with a local hemp processor. Coach Danny Ford joined four other South Carolina hemp-growing licensees in a suit against Charleston Hemp Company and Carolina Botanicals. It seems the processing of the five farmers’ raw hemp into CBD oil did not go smoothly.

In a practice that is not uncommon in agriculture, the farmers obtained their seeds from the processor. In a sign that this hemp lawsuit is agricultural business-as-usual, the plaintiff’s attorney told local news service The State, “We believe that accountability is important, particularly in relatively new industries like the South Carolina hemp industry, and we will look forward to pursuing accountability at a jury trial when the time comes.” 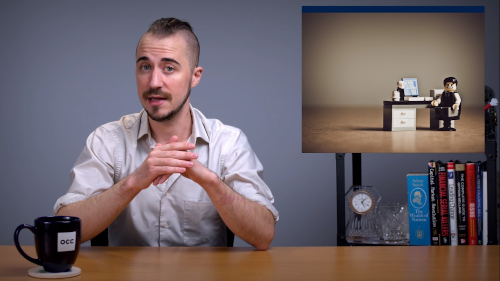 The Spread: The Final Countdown
JohnLothianNews.com

This week on The Spread – the VIX hits a 5-month high one week before the U.S. election, FIA Expo goes virtual, and more.

The pope has had it with people around the world complaining about coronavirus restrictions
Shawn Langlois – MarketWatch
‘We don’t come out of the crisis the same, we can become better or worse, but never the same.’
That’s Pope Francis calling for a united front in the battle against the coronavirus pandemic in a translation of an interview cited by Bloomberg News on Sunday. “We have an increase in numbers of those who mercilessly profited from the misfortune of others, those who think only about themselves, who protested or complained about certain restrictive measures, unable to accept that not everyone has the same abilities and resources to face the pandemic,” he said, according to the Serbia-based Politika newspaper.
/jlne.ws/35TXgfD

*****Blessed are those who don’t complain.~JJL

Scholars warn of collapse of democracy as Trump v Biden election looms; Dozens of experts on fascism warn of global danger, calling for action from ordinary people: ‘It is not too late’
Lois Beckett – The Guardian
Dozens of historians of fascism and authoritarianism have signed a letter warning that democracy “is either withering or in full-scale collapse globally”, and urging ordinary people to take action. “Democracy is extremely fragile and potentially temporary, requiring vigilance and protection,” the scholars wrote in the letter released on Sunday. “It is not too late to turn the tide.”
/jlne.ws/2GkJU3b

What’s Ken Griffin’s endgame in his push against Pritzker’s ‘fair tax’? Always look at self-interest when money is involved.
Rich Miller – Crain’s Chicago Business
Chicago billionaire Ken Griffin has spent $53.75 million to convince Illinoisans to reject a proposed graduated income tax this year. Illinois currently has a flat income tax. Everyone pays the same rate, rich or poor. Gov. J.B. Pritzker campaigned heavily on increasing taxes on upper-income voters and followed through by convincing the General Assembly to put a constitutional amendment on the ballot. The billionaire Democrat has since spent $56.5 million of his own money to promote the change.
/jlne.ws/2GlsymX

I’m Here To Remind You That Trump Can Still Win
Nate Silver – FiveThirtyEight
It’s tempting to write this story in the form of narrative fiction: “On a frigid early December morning in Washington, the Supreme Court ruled 5-4 that disputed mail ballots in Pennsylvania—” You know, that kind of thing. But given the stakes in this election, I think it’s important to be prosaic and sober-minded instead.
/jlne.ws/3ehI2ot

*****While this article focuses on polling in politics this is not JLN trying to be political. The article is neutral and is not rooting for one side or another. I include it because, with the election in the US tomorrow, it is timely and interesting but, also, it does a great job at explaining what polling does and does not tell us. It applies well beyond politics.~JB

Friday’s Top Three
Our top story Friday was Profit & Loss’s A Message from Julie Ros, Founder of Profit & Loss, in which Ros announces the shutdown of P&L after 21+ years. Second was Bloomberg Businessweek’s Susquehanna Will Take Your Election Bets, Up to $100 Million. Third was Yahoo News’s GOP Sen. Kelly Loeffler: ‘Not familiar’ with Trump’s infamous 2005 ‘Access Hollywood’ tape.